just one month in between full moon of taurus scorpio

with wesak and holy fire of El Nath

and the 20 th of may solar eclipse

that has been announced by our starsisters and brothers in cropcircles

that may be of equal importance

the transit of Venus

a wonderful event and sharing on Venus

the holy sister planet of our Earth

and home of the kumaras 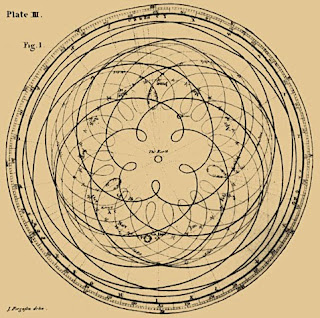 doing a most special sacred performance

and uniting it with her love and harmony

sending it directly to Earth

a wonderful sharing on meaning of all this of john

an astrologer of glastonbury avalon

and of a mayan priest of stars

on the return of Quetzalcoatl

and two amazing gatherings connected to this event

one in mount shasta of the sophia foundation

and another in Hawaii with wisdomkeepers of indegenous nations

"The forthcoming transit in June 2012 will be immediately preceded by a Lunar Eclipse, showing between the feet of the Serpent Bearer, the constellation of Ophiucus

This  is of great interest, because it occurs near the points where the Galactic  Meridian and Equator cross over the Ecliptic

"Astrologically,  Venus is the goddess of Love, which at its deepest level is the experience of  connection with all creation, and so influences our values and choices. Here is  our current challenge. We need Venus-Inanna, as an image of feminine strength  and power which does not eclipse the light of the Sun (the masculine  principle), but which can pass behind or in front of it without any  en-darkenment occurring. She is powerful, whether visible or not, whether noticed  or not. This strength comes from the deepest recesses of her Being, and does  not need to parade itself, although is not shy of displaying her full glory, be  it in shadow or in light. Hiding, seeking, losing, finding ……"

The transit  of Venus is a curving trajectory across the Sun, like the parabola of a playful  dolphin arcing in and out of the water. Indeed, in ancient Greece,  dolphins were sacred to Apollo, a sun-god. Normally Venus is not visible when  conjunct the Sun, which represents the primordial Yang force, the source of  radiance, light and warmth. During a transit, however, she makes the journey of  Love across the Sun, the Heart of the Solar System. "

with co-founders of the Sophia Foundation

Featuring — observation of the Venus transit,

the new star wisdom of Astrosophy,and the enlivening experience of Sacred Dance.

As well as coming to a knowledge of the earth’s seven chakras, corresponding to

the seven visible planets, we shall explore this most potent region of Mt. Shasta, one of the most

powerful upon the planet.

The sacred importance of Mt. Shasta has long been known to the Native Americans, who thought it to be the center of creation.

As well as focusing upon these earth mysteries, the goal of this gathering is to help participants find a living relationship to the starry heavens through evening star-gazing.

We shall also work with sacred dance as a path of connecting with the star mysteries of Divine Sophia.

The culmination will be observation of the Venus transit,

which starts around 3:30 pm on Tuesday, June 5 and lasts for about six hours.

(The Sun will set around 8:30 pm while Venus is still transiting.) We shall observe the transit through a specially prepared telescope, which will be set up by astronomer David Cooper.

In the words of Rudolf Steiner: “Venus transits are very interesting because they take place only once every hundred years or so, and very significant things can be observed when Venus is passing in front of the Sun.”

Registration for the Sophia Foundation conference—www.sophiafoundation.org

With the Grandmothers and Kupunas, we call on all Light-workers to join forces on the Big Island of Hawai’i in June 2012 to help breathe a positive aloha-based future into being, all generations combined, in Song, Dance, Oli, Sacred Ceremony and Talking Story.

From May 20 to June 5, significant astronomical and astral events, when combined with collective human thought and intention, will shape how our planet and its peoples pass through this “Great Shift of the Ages,” widely predicted in indigenous lore. Hawai’i is the home of Aloha – sharing the breath of life or love – and Venus is widely seen as goddess of love & beauty. Alone, we are divided; united we can co-create a positive future for the next 7 generations. Join us for the Aloha Wisdom Gathering of the Elders, June 2-6, 2012, at the Keauhou Bay Sheraton Resort and Spa, Hawaii.  Aloha nui loa!
Please click here for the proposed Aloha Gathering program outline.

On June 5, 2012, Venus aligns with Mother Earth and Grandfather Sun so that for over six hours all life-giving solar energies reaching Earth must pass thru and around our sister planet.  It’s a  unique opportunity to join with wise elders to honor the past, hear and make suggestions for a sustainable future, and co-create sacred ceremony to “open the Aloha Portal” at a time that will not return for thousands of years, in direct conjunction with our 2012 alignment with the Galactic Center.