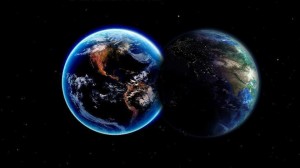 I entered today's meditation shortly before 11:00 am PDT, although I had been getting warmed up for it for a little while earlier, reading about it, etc.

The actual meditation wasn't that different than others I typically do, so I'm not going to write every little detail of what I said, what I saw and felt leading up to it. I'll focus instead on a few things that came through and the actual portal transition itself.

One thing that was a little different in this meditation is that I spent more time with each of the aspects of myself as well as guides present by each anchoring into me physically. I also invited each energy/being to pass through the portal together, which ended up being all of Gaia, all the ships, etc. Not a small event!

Each aspect of myself also spoke longer than normal, and there seemed to be a lot of levity, laughter, joy, and great anticipation for what is going on right NOW.

As I started my meditation I focused on what I AM creating and manifesting in life, and while going through this portal. Focusing on this seems particularly important today (and on into the NOW).

When I was working with the crystal realm and connecting with the power centers and Gaia's core, "they" created a crystal pyramid over me that was comprised of several layers, with each layer representing a different realm/dimension, kind of like different chakras, with different colors, etc, and was huge at the outermost layer. The pyramid was mirrored underneath (underground) in a upside down pyramid(s). This shape is called an octahedron.

I was centered in this octahedron and around me was a merkaba (I would say "my" merkaba, that might be too constraining...)

As I would acknowledge and anchor in each aspect of myself, the merkaba would increase in brilliance and spin faster. This was also accompanied by an increase in energy flowing through my body.

I did manage to get a couple new names for some of the aspects of myself... The Atlantean Preist came through as "Astread," and while I think of him as male, it seems he is a balance of divine male and female. The American Indian brave didn't give me a native name, but did say the translation is "Light Bringer," regardless of the tribe. This is a moniker I jokingly associate with my Archangel-self Everian. "The Shaman" did not offer a name... It seems that as the multiple aspects of self merge, names overlap and ultimately don't really matter too much, but I do find some fun in it. :) I thought to myself that I have a lot of male aspects (although many of them are balanced male/female), so I had an image of many female lifetimes from slave to ruler and in-between, and they slide sideways into each other becoming one divine female aspect, one Goddess.

In my meditations, I specifically acknowledge the Faery, Dragon, and Ascension portals immediately around me. All were open and flowing and beings were interacting with each other in playful ways.

It became apparent to me that the ascension portal and the 11/11 portal are essentially the same. As I realized this, my meditation became as much about ascension as it was about manifestation and the current flow of energies in the NOW.

When I finally got to my "godhead" aspect "Arak," and my body was vibrating at a very high rate, and the merkaba was spinning and glowing, it was time to enter the portal. In my minds eye, this portal is huge, and must be, for all of Gaia entered with me/us. I saw the merkaba and pyramids grow in size to hold all of Gaia with myself still centered in it, and thus centered in Gaia as well. Passing into "it" felt very good, colors were vivid and energy was flowing, it was all perfect in my mind. I felt like there were lightning bolts of energy crackling around me. I felt very light and energetic, and I felt like a unified being, a feeling of oneness. The many aspects of myself brought with us our many ancestors across dimensions and time, to heal and lift ALL in this passage.

With Gaia passing into this portal (or the portal passing through Gaia like the Tsunami of Love) everyone is affected whether they realize it or not. I acknowledge again those whom are having difficulty waking up, and seeing their true self, as indeed awakening with this passage. I saw Gaia in her 5th dimensional ascended state and all of the beauty that entails. The crystal cities and magical feeling of existing as a unified culture and state of being. I saw myself participating in galactic counsels and angelic assemblies that I know are part of who I AM.

While this meditation focused on this portal, it did not focus on leaving it. This is a transition to a new state of normal and a New Earth. An elevation of the energies within and around us and an elevation in what our physical bodies hold and radiate. I don't see this as entering and exiting a portal, it is a permanent entrance and existence. There will be more transitions to experience as well, but this is an important one.

as always love your explanations of happennings :) thank you :) 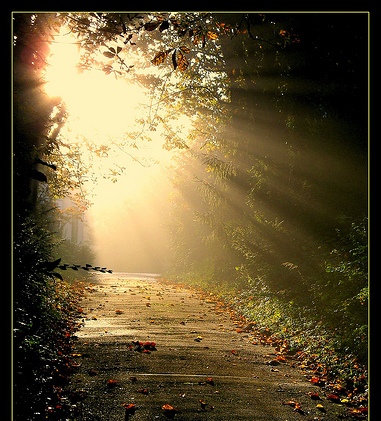