Within this Group you will find the Eternal Love & Wisdom of the Hathors of Venus. Gifts of many Tools for your Enlightenment & Well Being will Ease your Journey in Navigating the Shift to 5th Dimension.

Who Are the Hathors?

The Hathors say that they are a group of interdimensional, intergalactic beings who were connected ancient Egypt through the Temples of the Goddess Hathor, as well as several other pre-history cultures.

We are the Hathors. We come in love and with the sounding of a new dream reality for your earth. If you are ready to build the new world, we invite you to join us on a journey of the mind and heart. We are your elder brothers and sisters. We have been with you for a very long period of your evolution on this planet. We were with you in eons past – even in the forgotten days before any trace of us is known in your present written history. Our own nature is energetic and interdimensional. We originally came from another universe by way of Sirius which is a portal to your Universe, and from Sirius we eventually proceeded to your solar system and the etheric realms of Venus.

We know Sanat Kumara well for it was he who asked us to enter this Universe. As an Ascended Master, Sanat Kumara has taken on numerous responsibilities associated with the elevation of planet Earth and this solar system. He is working for the ascension, the evolution of consciousness in the solar system, as we are.

Hathor is a mother-goddess, also like Isis. Hathor is often depicted as a cow beaing the sun disk on its head, or as a queenly woman with cow's ears and the sun disk on her head. The horn and sun disk symbol is entirely Hathors.

Hathor was worshipped by both men and women in ancient Egypt. Devotees of the Goddess were mostly dancers, musicians, and artisans. Dance and music were the sacred arts of Hathor and Hathor was thought to be the incarnation of dance. Her worshippers would often tell tales about how Hathor would cheer up Ra with her dancing. Hathor was often invoked in much the same manner as the Greek Muses were, to inspire the artist.

A Song of Gratitude to the Earth By Tom Kenyon

The Hathors: Dimensions are Levels of Consciousness By Peggy Black

The Hathors: Dimensions are Levels of Consciousness By Peggy Black…Continue

A Hathor World Meditation through Tom Kenyon ... And ... Christine Day's Message From The Pleiadians For April 2017

A Hathor Planetary Message Through Tom Kenyon - Restoration ... And ... How Vedic Philosophy Influenced Nikola Tesla’s Idea of ‘Free Energy’ ... And ... The secret of Offering Water to Shiva Linga

A Hathor Planetary Message Through Tom KenyonRestoration In February of last year, we gave a message entitled…Continue

You need to be a member of Tom Kenyon: The Hathor Illumination to add comments! 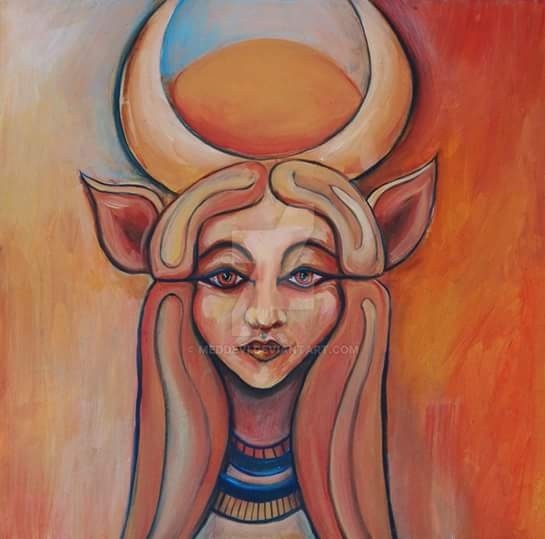 Thank you so much,  many blessings to all of you who are helping us to understand what is happening in the awakening of all humanity and our beloved Mother Earth.

I have not received my computer yet...

I will be coming regular after couple of days....

Thanks for your love....

Comment by CrystaLin Joy on April 8, 2011 at 8:20am
Welcome, Dr. SohhiniBen!  We're so happy to see you here.  I'll be looking forward to your perspective on the discussions ~ I always enjoy your posts!  Many Blessings to YOU! Namaste, CrystaLin Joy

I love hathor and this very useful Group too...

Beloved Angela!  I'm so Happy to see You Here, I've missed your Beautiful, Cheerful Presence.  Welcome, and Enjoy the Journey Within.

Welcome to Our Tom Kenyon Group, Sinan!  We're Delighted to have You join Us, and hope You Enjoy the Journey!

LOVE YOURSELF:- Love yourself. If you lack self-love, you feel undeserving. If you believe you are undeserving, you contradict what you ask for in prayer. Pray in proportion. Some people pray too much, which is a sign of lack of faith. In…

ONE UNIVERSAL SUBCONSCIOUS MIND:- There is just one universal subconscious mind. We each focus on one aspect of that mind while being simultaneously connected to the whole mind or, as jung called it, the collective unconscious. This understanding…

POWERFUL HEALED AND WHOLE:- Words have power. The power of your spoken words is even greater than the thoughts you allow to run through your mind. Every word you speak is a decree of manifestation. Consequently, you must be vigilant over your…

TO HAVE ALL, GIVE ALL TO ALL

TO HAVE ALL, GIVE ALL TO ALL:-To have all, give all to all. This is a law of manifestation made known in A Course in Miracles. We must learn to receive, but we also must learn to give in order to manifest effectively. We must keep our abundance…

BE THANKFUL:- We can receive as well as give. There are many spiritual people who are great givers but do not know how to receive. When they are offered a gift and say, “No, I can’t accept this,” they just blocked their abundance, receiving is an…