Walking barefoot and connection Energy with nature and the environment...by Anastasios

There in nature, an underground fire that may sleep, but never extinguished. Nobody cold can not beat this fire. This underground fire exist in the altar of chest at every person. Even in the coldest day and in the more desert hill, the passer can maintain under aspects of the cape,one fire who is hotter than burning to any fireplace. At the healthy person this is a supplement to the seasons, and straight to winter like the heart of summer reigns. Therein lies the South who say .. '.

The primary energy who feels whoever walks, is its own, the energy releases the body and moving. It is not a power explosion but rather a sensitive and continuous radiation.

The American Indians and the ancient Greeks, whose wisdom we value highly , believed that the earth is sacred energy. Sprawled in the dirt to rest during the councils were sitting on the ground to be able to show greater wisdom, walking and contact with the earth gave them strength and durability. The earth as an inexhaustible source of energy. Is Mother from which all derive their origin is the nurse, is closed through their dead ancestors. It is the element that ensures the transmission of energy. So instead turned their hands to the sky and begged the heavenly deities, the American Indians and the ancient Greeks prefer to walk with bare feet on earth. 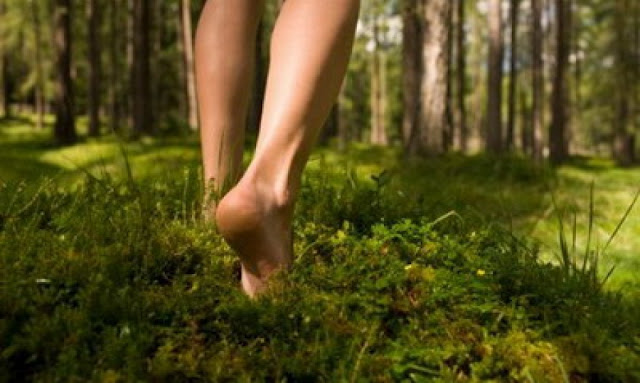 "[The Indians Lakota] loved the earth and what lies above and the degree of their connection with it who grew with age. The elders were-literally-passionate with the ground and there was no way to rest on the ground without the feel that this is their motion brought closer to the forces of Mother Earth. They felt the soft ground beneath their feet, which is why they removed their shoes with pleasure and walked barefoot on holy ground. They set their scenes on this soil from which they were made and their shrines. Many of Birds rest on it and the earth, like a tender mother, carrying what he lived and germinate. Soil comforted, invigorated, rinsed and cured. That's why older tribe sat constantly underfoot, just because they did not want to be cut off by the forces of life. Sitting or recumbent could think better, feel more strongly. They reflect with greater clarity the mysteries of life and felt that came in contact with a live power. " The same of course applies to the ancient Greek philosophers ..

Exist the walk reliance on earth, and you feel its weight, to rest over at every step you take, all these act as a continuous flow of energy, but not nuns transmitted as radiation at first felt in the feet and then climbs around the body. Transfer and through the identification of circulation (blood in the body of the walker and the energy of the earth). Gait consists of the following motion: the heart beats louder, make a big move, the blood flows faster, louder than when the body is at rest. The waves that penetrate the earth create resonances for sure...

Landscapes are a last source of energy after the heart of the earth. They invite the walker to feels like home, the hills, the colors, the trees offer him full support. The charm of a trail that climbs the hills, the beauty of vineyards in autumn filled with green and gold colors, the leaves of olive that are silver under the summer sky, the sharp-edged frozen tumors, the Sun [sungazers] and the Sea, all they a Big bear who carry and fill with energy the humans..I want to wish at everyone a Happy New Year and a Merry 2016 ..Blessings..

I so LOVE to sleep on the ground in summer - especially around a fire place :-)

2016 is all about enSOULment - and thus about connecting from soul to soul, from HEART TO HEART to all that IS ... Gaia .... the elements ... the Devi and Angelic Host ... all life in this universe and beyond!

I wish you a most blessed New Year, stably connected to Mother Earth and Her Beings,

Thanks a lot dear Myriel...and Blessings for the New Year also...Hugs..

yes, To walk with barefooted on the ground especially on loan....it reduces the number for Eye Glasses and very good for our whole bodies grounding of our Energies....

Thanks for this posting... 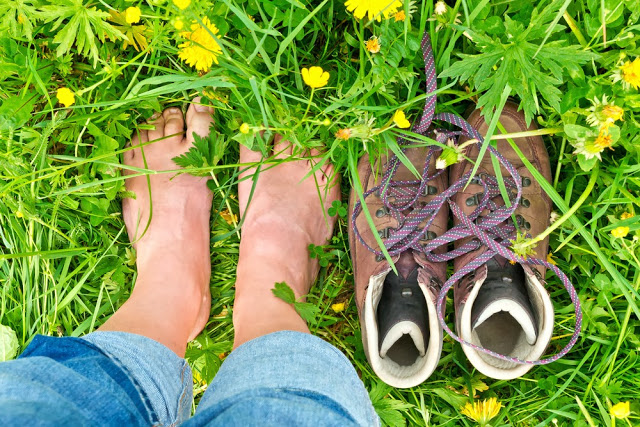 THOUGHTS OR IMAGES OF PAST AND FUTURE

THOUGHTS OR IMAGES OF PAST AND FUTURE:- Think about the past. What is it? It is a memory. What is a memory? A memory is an image in our mind. What is an image? An image is a thought. So what this means that the past is totally under our control,…

PERSONAL POWER IS WHAT ALLOWS YOU TO MAINTAIN SELF-MASTERY

PERSONAL POWER IS WHAT ALLOWS YOU TO MAINTAIN SELF-MASTERY:- Astrology is wonderful, but the bottom line is that you are God and God has created astrology! Dreams are wonderful, but don’t give them your power and let an unsettling dream wreck…

EARTH IS A DIFFICULT SCHOOL

EARTH IS A DIFFICULT SCHOOL:- Earth is a difficult school and we must be very tough in life or we can easily get overwhelmed. Always remember the words of Jesus, “Behold, I send you froth as sheep in midst of wolves, be therefore wise as serpents…