The role of the woman dealing with duality, is more than creating balance between her female energy. It is as well the need to address the masculine energy within her being. Yet It is also about the yin yang principle which is found within the feminine energy. Each of us hold this yin yang principle as a woman and man within our energy field.

For therein lies the magical transformation to unite and connect the poles, which also are abiding within the female energy settings. As do the masculine energy holds the yin yang principle in its own. So what does that mean for our awakening sides we can work with and the choices we make to do so.

The dark and light holds in each a particle of the other. The female energy lineage has been wounded through the eons of time, not just by male domination. It also has to do healing on the wounds we as women inflicted on our own gender. Through time and time women as well men worked on both sides of the positive and negative energies.

Not every woman is a saint, she holds the energy of the bitch as well. Like history proved, it is also about the element of power that will create the different outcome. When it comes to the feminine energy there is also this yin-yang principle to be found, through all our past and present lifetimes.

I was working with the female energy of being receptive, instead of the more familiar way of reacting through the male energy within my character. It is also to be found within our inner physical structures. The receiving and reacting ways within our cells and organs.

So for me it has been easier for a long time to give than to receive, as is labeled a female quality. Yet both are I believe part of both male as female energy. Lots of females have been giving more then they received. Giving is an active action, so you should imagine it is more a male energy. Or is it more dominated by our upbringing and society that made it so.

Being pro-active by nature, receiving is one of the lesser developed energy lines within myself. I tended to be more like a tom-boy from childhood on. Looking at the dualism nature within myself, I discovered the yin-yang in not just my gender. Within the feminine energy there was also this yin-yang component, the black and white holding within a part of the other.

Discovering this within my feminine energy, made it clear I had to balance this as well to become whole again. As it was for the masculine line within. So this process became more and more like a triangle as to the dualism vision we are used to. Clearing and releasing any kind of emotional wound that needed to be addressed, it showed the positive vs negative energy blockages.

The priestess versus the witch with the black magic for instance. Or the cruel versus the loving mother. All these components we can find in the feminine energy, is creating this duality within. Created by experiences along the way. Wounds that are been inflicted, or we have inflicted on others.

For cruelty is not just for men, women can be as cruel as well. Priest or priestess, loving mother and father. All the different positions we have had over our past lifetimes in order to learn, explore, understand the way of love and light. Choices we made along the way. In either gender we have lived and experienced domination, wars, ignorance, condemnation as well love, compassion, tenderness, kindness.

So to be truly balanced, in our physical body and human form, we need to work with these dualism energies within. To bring wholeness in both the feminine as well the masculine, goes passed gender. As it addresses the wish within to be in balance, either man or woman alike.

For me this was an eyeopener, so to speak. The many layers that were revealed made it more complex. Yet at the same time, it explained so much more about the obstacles I came across during my life. How I had to encounter reactions on my behavior by people around in a negative way, as well positive. To become aware of the interactions this caused within my way of responding. As well how this was effecting me personally. Being aware of this internal dualism perception it assisted me to be more at ease and relaxed at the same time. It is not about judgement, it is about allowing and accepting all parts within the feminine energy as well the masculine.

The triangle so to speak, will be translated as a sacred marriage between the feminine and masculine energy. As this is been spoken off at times with its outcome, the father/mother/child experience. So this process will have a more layered as colored feel to it no doubt. The healing of the feminine duality within is part of the soul’s mission for me. In order to bring in balance within both, there need to be equality within each. No more duality, unity will be the outcome or reunion between both energy lines.

And so it will be done.
Heartfelt Message Rhea Dopmeijer (c) 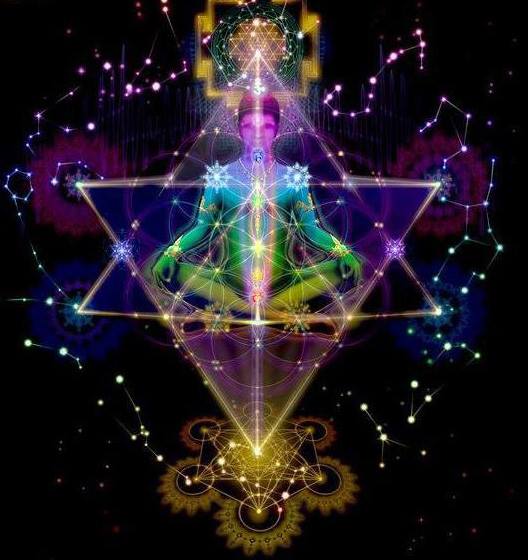 ENLIGHTENMENT WILL ALWAYS BE AN INSIDE JOB

YOU ARE ALWAYS IN A GROWTH CYCLE:

YOU ARE ALWAYS IN A GROWTH CYCLE:- You will continue to evolve, even after the shift is completed . You are not ever going to stop evolving and becoming, even when you return home to Source. There will be times when it seems as though you have to…