“You ever wonder what it’s like to be free, Jake?” she asked dangling one bare foot in the stream. “I suppose not, huh? You’re only a dog.” Jake cocked his brown head and pricked his pointed ears.
“I do!” she beamed. “I wonder what it’s like to be a bird. To be able to fly anywhere you want at any given moment. To sit weightlessly on a branch at the very top of the very tallest tree in the forest and see what’s beyond the horizon.”
Her oval-shaped face sank back to that pained look that she carried around.
“I suppose I dream too much, huh?” she said patting Jake on his back. “Well, we better get going. They’ll get worried if we’re late for supper.”
“Imagine that” she declared in disbelief, “someone worried about me.”

She turned and started back down the path through the woods with Jake close on her heels. She had come here a lot in the last month, almost every day in fact. It was her sanctuary. A place she knew he would never look. He hated the woods. Of course, he hated everything that she liked.
The thought of him sent a disquieting chill through her pale, skinny body.
“Jake, why didn’t I notice him stealing my soul?”

She thought back to a time long ago, a time when she was young, a time when the world was full of exciting new places and wonderful people just waiting to be met; a time when she was innocent.
“Ya know, Jake, I was eighteen when I met him. That was eight years ago. That’s prob’ly not even an hour to some of these trees. Seems like a whole lifetime to me. “ she said as she noticed a bright hole in the treetops.
It was a place where the sun gleamed through in a single brilliant stairway that climbed straight to heaven. She held her eyes shut and aimed her face right at the sun. She had forgotten how comforting the warmth of its rays could be.

Her mind drifted back to a night she had tried to forget for so long. The night he showed his true self. They were arguing again over something trivial. She couldn’t remember what. She threw a pillow at him out of frustration. He was mad over nothing. He was holding a glass of tea in his hand.
“If only I hadn’t thrown that stupid pillow.” she thought. “Maybe it really was all my fault.”
When the glass broke, his eyes instantly changed. He transformed into a completely different person. All of the humanity left his eyes and it was replaced with anger and rage. He grabbed her and threw her across the room. Before she know what was happening, she was balled up in the fetal position with her arms blocking her head. She could hear herself screaming, “STOP! PLEASE!! I’M SORRY!…Oh God, I’m sorry…”

She snapped out of it and found herself standing on the path with Jake looking up at her in dismay. Tears were streaming down her face. She shook off the thought and wiped her eyes.
“Such horrible memories are best forgotten, huh Jake?” She looked down at him in question. “But how do you erase a tape that keeps playing over and over in your head? I still haven’t figured that out.”
As they continued down the path, she began to study the trees; each branch stretching out with its handful of Crayola green leaves offering its beauty to anyone willing to notice. She stopped in front of a giant sycamore. She noticed that all of the branched looked like God had whittled the bark off of them, leaving the bottom two-thirds of the trunk to reveal what it used to look like.
“That’s what he did to me, Jake.” she said pointing at the tree. “He stripped away the person I was so he could make me be what he wanted. Just like this tree here.”
She continued on, thinking about how he took away her self-esteem, how he had degraded her at every available opportunity, just for his amusement.
“You know why I stayed, Jake?” she asked. “Because I always believed he was sorry, and that someday he would change. He was really quite convincing, ya know. He’d cry and everything.”

She recalled the way he would always blame her.
“You know I love you, baby.” He always started like that. “I just get so mad at you sometimes…and when you broke that glass…I just…exploded.”
His large calloused hands were shaking as he tenderly touched her bruised face.
“Oh, look what I’ve done.” he said crying. “I’ve messed up that pretty face. I’m so sorry, baby. Please don’t leave. I’ll never do it again, I promise.” His lips tenderly kissed her bruises. “If you just wouldn’t make me so mad, baby.” he whispered. “If you wouldn’t start things…”
She took a deep breath and sighed. She thought about all the times he lied to her, all the times she believed him.
“Ya know, Jake, it takes a lot, sometimes, to admit you’re wrong; even if what you’re wrong about could kill you.”

She looked up and saw the shelter up ahead. “There it is, Jake. We’re almost home” she said smiling.
She stopped to look at the house that served as a disguise for the battered women’s shelter that she now called home. As she gazed up at one of the trees nearby, she noticed two doves kissing on a branch.
“Hey Jake, you think someone like me could ever find happiness?”
She squatted down and looked Jake square in the eyes.
“I suppose you wouldn’t know, would you. You’re only a dog.”

Comment by Myriel RAouine on September 1, 2010 at 10:56am
Thank you for this beautiful story! Where is it taken from? Did you write it yourself? It's amazing ... thank you for sharing! 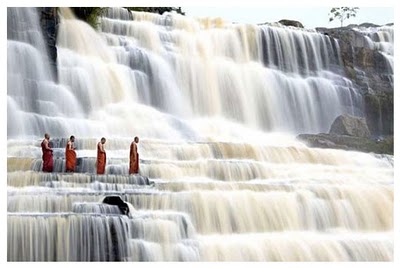 Love, Light and HEALING to all women out there longing for true Love!

Comment by Luminakisharblaze on September 1, 2010 at 7:46pm
I wrote it in 1995. It is the fictionalized version of how I wish I could have left my ex. All the flashbacks really happened to me. I would love for this story to be shared wherever it can be. It was posted in the local library in April of 1996 for sexual assault awareness month. I wrote it to reach out to others in that situation.

Comment by Myriel RAouine on September 2, 2010 at 8:59am
It's a wonderful piece of literature, dear Luminakisharblaze! I will post it in our Abuse group so it won't get lost. You are a talented writer! 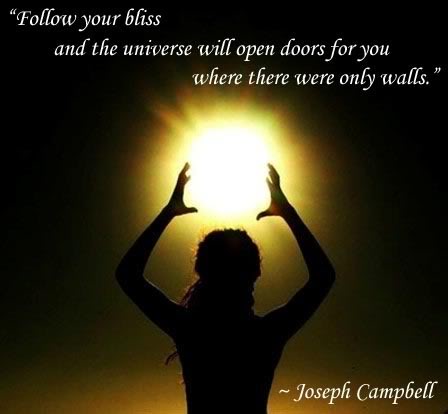 Comment by Luminakisharblaze on September 2, 2010 at 9:20am
Thank you so much. It has taken a long time to get my writing seen (most of it is a bit abstract). When I was in tenth grade I had an english teacher have me stay after class the day before we got back our tests. (Of course I thought I had done really bad on the test) It turned out that she kept me after to tell me that on the essay question, "Name a modern day Henry David Thoreau, and explain why you picked them." over half the class wrote about me. I did not understand why until I was in my late 20s and finally read "Civil Disobedience". The book I am currently working on is something I have been working toward my whole life. This story here was one of many that was preparation for what I am writing now.

Thank you so much for passing it around.

Comment by Myriel RAouine on September 2, 2010 at 11:39pm
It's sooo good to hear that you are using your talent, writing a book :-) Thanks again for sharing this piece here with us!

Comment by Cristina on September 4, 2010 at 7:28am
Thank you so much for sharing !
Namaste