Serpent Energy - Return of the Feminien

Channelling via Whitefeather from Mary & Magdalene 20.8.10

The coming of the serpent, this most feminine, most ancient of healing symbols is with us once more as the rise in the feminine continues to strive to restore the balance of the feminine to the masculine world of power and corruption, misuse and misdeed. The cycle of abuse is coming to an end and now the serpent can become the ouroboros and the alchemical circle will be complete offering true balance and wholeness.
Humanity, both men and women, for all hold the feminine essence within themselves, must now open their themselves wholly to the feminine energies as they rise. It is not weak for a man to reach inside himself and feel the feminine energy within, neither is it wrong for a woman to use her masculine self as the strength behind her feminine essence.

We call to all men who would be awakened to embrace the energy of the feminine that lies within your heart centre and to feel once more the full range of emotions you are capable of. For so long, man has used only his warrior self, which gives rise to anger, hatred and negative emotions used only to gain power and supremacy over another, be it over a woman, a country or another male adversary. The time is now for men to again honour the feminine both within themselves and within all women. Do as the ancient ones did, honour your women as sacred for they are the Goddess incarnate and they hold the key to returning the balance to you and to your world. Listen to their wisdom, for they hold within them the secrets of balance and harmony through spiritual practices. Work with the women who seek to return the feminine for it is in your own best interests to awaken within you your own feminine essence and become again a balanced human being.

We call to the women to stand within your own feminine essence, your spirituality, for this is your power. This is not about fighting for or against men, power, greed etc., etc., It is about standing up for who you are and what you have to offer the world. For too long women have thought they must become warrior like in order to defeat men. This is not so, it is not about defeating anyone, nor is it about becoming masculine yourself. A women’s role is to quietly and steadfastly lead by example, both to other women and for their men folk.
When a women stands within her Divine feminine essence, it can be tangibly felt by even the most sceptical and hardened of warriors. Some will allow their own feminine essence touched and healed by this Divine feminine energy and so rise within themselves. But others will feel threatened and not yet be ready to embrace it and so will fight against it with bullying, wickedness and energies borne out of fear, they will try to destroy her power. But a spiritually strong woman in touch with her feminine power cannot be defeated for long, neither can she remain a victim, for her power shines from a place deep within her heart centre.
Women, reach out to other women, come together in circles of power and Divine energy, welcome men who are awakened and have embraced their feminine selves, into your circles also, for a balanced male has as much to offer as a balanced female. In this way, as more and more balanced men and women come together for healing and spreading spiritual love and light, so the balanced loving light can return to the Earth and the powers of greed, negativity and control can dissolve away.
Together as balanced women and men, you can co-create the world of love and balance, harmony and beauty, that you all so desire.
The serpent is the healing power of the sacred feminine and we call to all women and to all men to embrace the sacred feminine, allow the healing energy of the serpent to transform your lives for the better.
This is a time that has the potential for enormous spiritual changes in both perception and manifestation. The planetary alignments, continuing solar activities and the coming return journey of Venus are all offering the opportunities for both individuals and humanity on a global scale, to turn your world around, to co-create the dreams of a planet in balance and harmony. These energies are available to every woman, man and child who has the courage to use them to create their dreams of a better world.
The ancient wisdoms are again rising to the surface and anyone with a willing and open heart can access them, then reach out to others and share this wisdom you gain. Embrace the Goddess within you, embrace the Goddess within every strong woman willing to stand in her own feminine essence and power, embrace the Goddess within the man who stands strong in the face of masculine power of control and greed and who embraces his own Goddess within as well as the Goddess within every woman as sacred.

This is the journey to balance and now is the time to step onto the journey of life and embrace the feminine and the Goddess within. Allow the serpent to guide you there.
All Blessings to all empowered women and awakened men. All healing to those yet to awaken and embrace the Return of the Feminine.
Mary and Magdalene of the Divine Feminine and Serpent Energy. 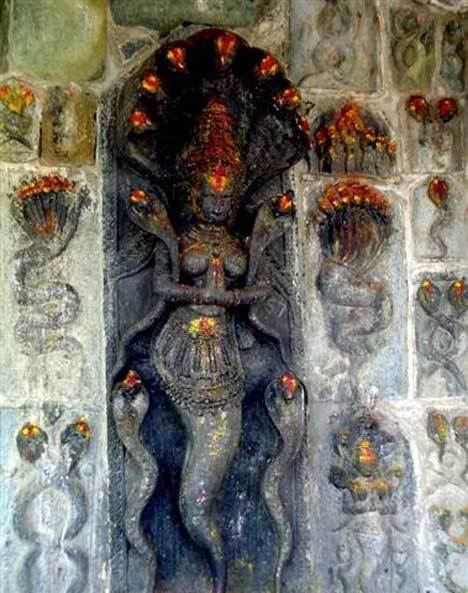 
thank you whitefeather
for this beautiful message of mary and magdalene

Comment by Whitefeather on October 6, 2010 at 9:01am
I can see why this picture is your favourite Goddess Dirk, it is a very powerful statement. Thank you for sharing it. Blessings to you xx