I took the spontaneous opportunity to go for a short hike near where I live. While I don't live in a city, it was nice to spend some time in nature. This location is at the Granite Falls fish ladder in Washington State. As I walked down the trail, I was watching for fairies and inviting them to join me. I came across one very small fairy sitting near a puddle of water where there would be small waterfalls when it's raining, and soon I had what felt like a group of fairies following me along the path.

I came to a very large and very old fir tree directly at the side of the trail. I stood with my back against it and opened up a conversation. It sighed and felt a sense of relief. It said I was the first person in a VERY long time, (maybe the only one) to stop and talk with it. It was like we were sharing a vision of Gaia as her ascended self and it felt good. I could hear the fairies cheer for US when the tree sighed. 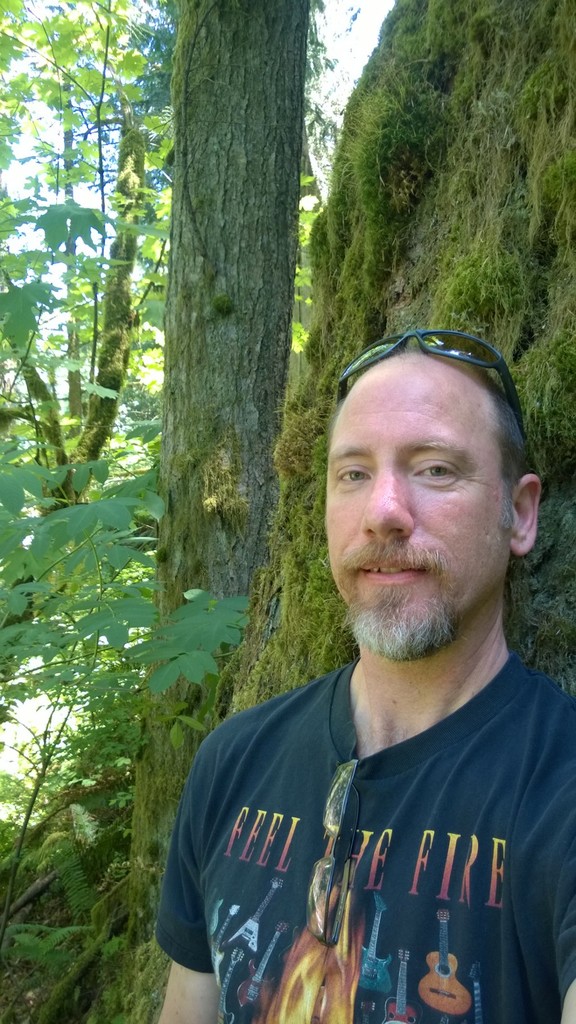 Here I am, post tree hug... and below a picture of this giant and ancient being. 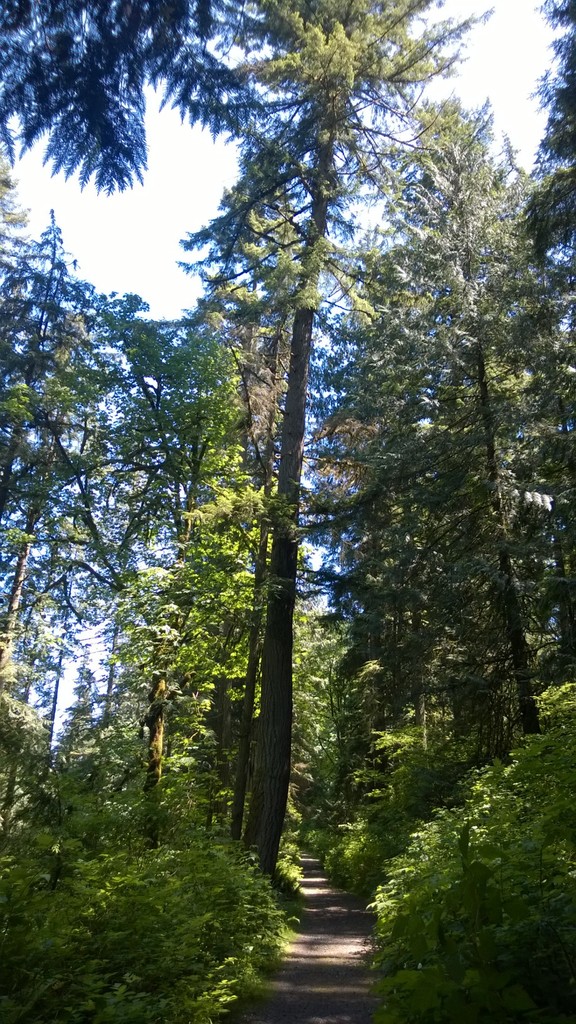 The pictures really don't do it justice...

As I walked the trail, I wanted to take a picture of the fairies, but they are invisible to my camera! I took a shot anyway, but it didn't show them.

I continued down the path and stopped at another ancient tree for a hug, this time a giant cedar tree. I got almost exactly the same response. I needed to honor these trees and this land with respect and acknowledge their presence and beauty.

By the river I decided to rest on a giant granite boulder. 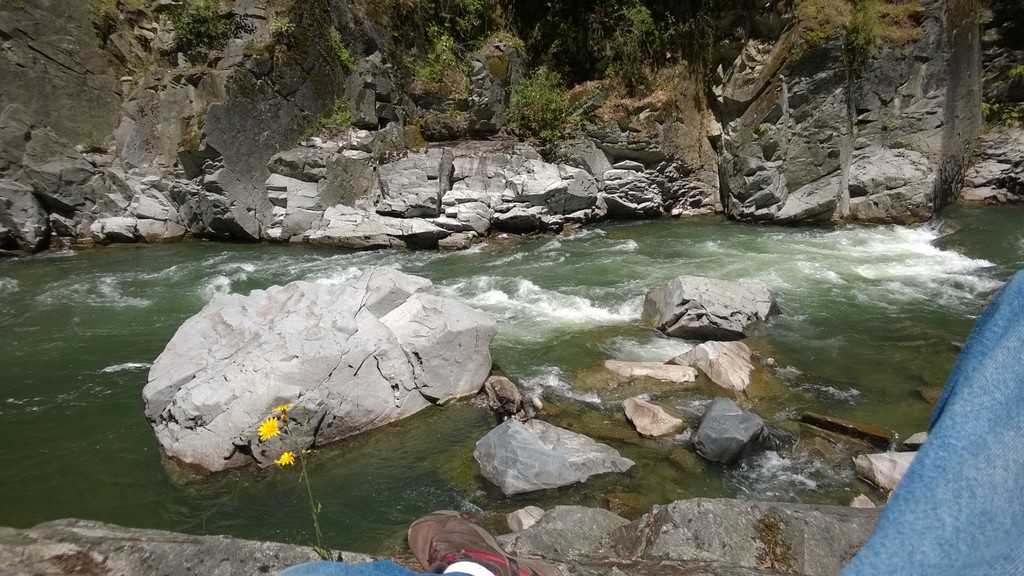 Here I am on the boulder with a lone flower growing in a small crack. Below is a shot looking directly across to the other side of the gorge. As I lay there in the sun, I initiated my mediations, intentions, and various manifestations. Obsidian, Dharma, and Ruby had been around the whole time, but they were now enjoying the area immensely. Obsidian was in his full natural size glittering in black diamonds in the sun. Dharma and Ruby were chasing each other up and down the gorge and would grab ahold of the rock cliff faces then jump off and continue on.

Obsidian took flight and the three of them vanished in a portal. A split second later, the portal reopened and a stream of dozens of dragons flew through into the gorge. They had gone to get more dragons... :) There were all types and sizes present and I just enjoyed the show.

Here are a couple shots looking up and downstream. 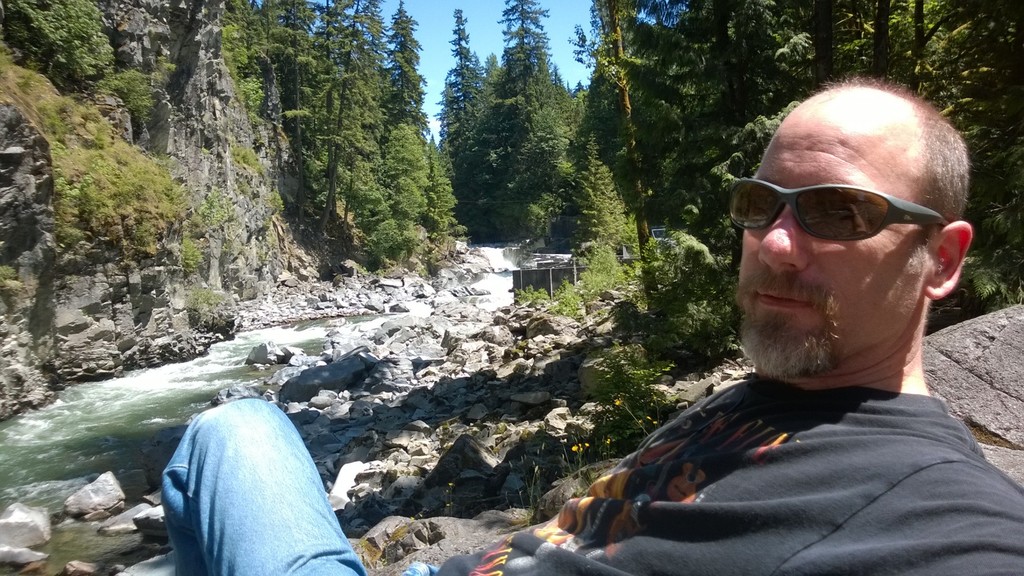 Downstream a few people were off on their own adventure. 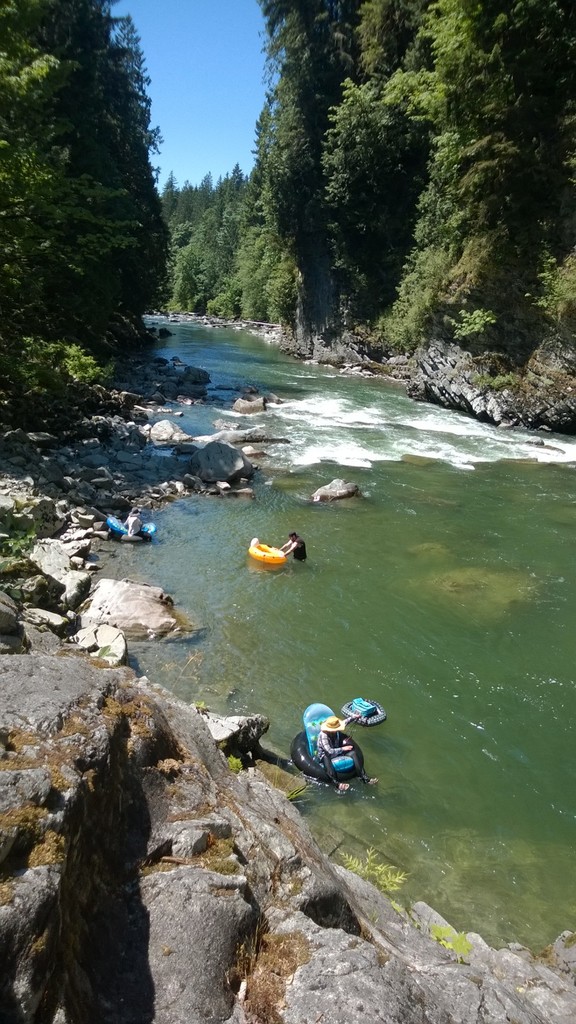 After all of this I just stared into the blue sky and enjoyed being. I asked my galactic friends to make an appearance, considering I was pretty much alone at this point. Just as I was going to give up on that, I received the message to look back up and I saw a crescent shaped flash just above the cliff face looking upstream. That was my confirmation flash. I asked them to do it again while I took a picture of that spot, but I got nothing but beautiful scenery.

All around, this was a very healthy excursion into nature. I need to do more of this. :)

Thanks so much for sharing this Paul....beautiful photos.