After my "The Time is Now" experience (previous post) last night, I awoke again a little after 5:00 AM and saw it was a clear sky with a bright star scape outside. I was wide awake, so I decided to treat myself to some star gazing in the hot tub. It was still very dark outside and the moon had already set, so the stars were very bright.

The first stars I looked at are the Pleiades. Normally when I'm out at night, I can't see them for they are beyond the Eastern horizon, but in the morning hours, they are in view. I used to stare at them before I ever knew they were the Pleiades, or that I was a multidimensional being. I was just entranced by them. It was so nice to see them again.

I decided to do some anchoring work with Archangel Sandalphon while I was out there and did my usual centering and meditative preparations. I was sitting with many aspects of my multidimensional self in my body at once, and feeling and envisioning what that would look like from Goddess Sophia's perspective. It seems like it would be chaos with so "many" at once, but it didn't "feel" chaotic.

I invited and surrendered to Archangel Sandalphon, but I chose to stay within my body rather than step out from it. We reinforced his bridge to the Galactic ships and beings, and started flowing. However, the flow wasn't very strong, and it seemed like I was going against the flow.

I asked Gaia Sophia what was going on. She said she wanted to give back and honor the love, commitment, and efforts of our Galactic brothers and sisters. She wanted to send them energy and love.

No wonder I felt like I was going against the flow!

With this revelation, the flow was reversed, and Gaia's green energy flowed into every ship and being that has been helping her, and all of us. Those that have travelled across the galaxy in her time of need and have been steadfast and true.

I went to "our" ship to be with Arryn, and I could see the various Galactic beings on their knees in reverence and feeling great love and appreciation. It was like everyone stopped what they were doing, and just soaked up the love.

After doing this for awhile, Gaia Sophia eased off and went back into receiving. At this time Archangel Sandalphon's energy ticked up and the energy was now flowing back into Gaia.

When I looked around the tub, I saw the six Archangels (the 7th being myself) eating cake. I know it sounds ridiculous, but Archangel Michael looked at me and said "What? It's time to celebrate!"

When came to the computer to write down these last three posts, I had some lemon pound cake and celebrated with them.

Find a way to celebrate and invite your angels and guides to join you!

It doesn't sound ridiculous to me, Dear Brother Paul....I well remember reading the Teachings of Sananda, & him telling that he was very partial to donuts, when incarnate here (I guess in this lifetime)...hehe...

What a wonderful way you have of describing these events to us. I, for one, am very grateful for it. 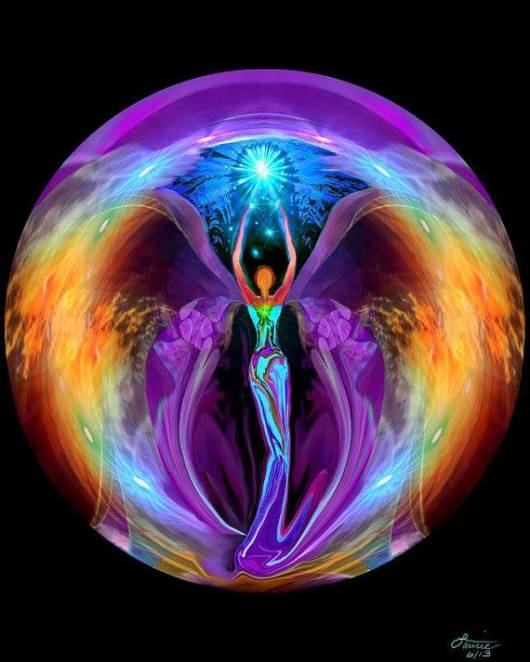 Thank you Sylvia, I think it is the visual that came with the cake eating that struck me so funny.

Nice posts, Myriel & Paul! Thanks for sharing & keep it up!