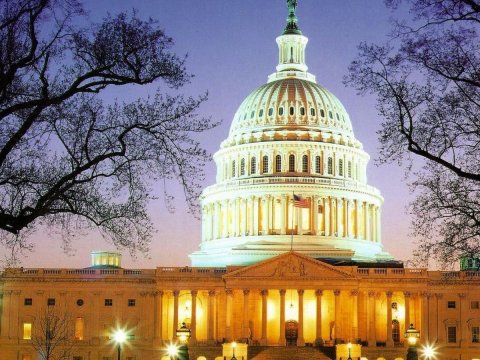 The period of time for sending the Christ Light to the US Capitol Building has ended. The November elections have passed and Congress has returned to the building. They have been away for two months, so it must be like returning to a clean house!

Now that they are back in session and our country has so many crises to handle, I think it best to continue. Light and Love are always helpful. You will find the complete meditation here:

My time to send Light is 2:00 PM PST. This is one of our Lightgrid connection times. http://www.timezoneconverter.com/cgi-bin/tzc

I have been adding a second part to this meditation, sending the Creatrix Light, the Violet Light and the Christ Light to all Lightworkers around the planet. I send my personal stream of energy to places around the world where decisions are being made on behalf of the common good.

Please join me if this meditation project inspires you as it does me.

Love, Light and Power to all the Lightworkers of our Planet,

Thank you SohiniBen for your support.

It s much appreciated.

Thank you Sarah for joining in sending the Christ Light to our capitol building and to our planet. It is much needed at this time! This is a time of Earth changing decisions for many countries.

Love, Light, and Spiritual Power to all places where decisions are being made on behalf of the common good!

I strongly suggest to begin with the Violet Ray Cleansing.

After a while, add the BLUE Light of AA Michael which stands for TRUTH and PROTECTION.

And only if you feel guided to do so, that is, when you feel you have reached a high enough level of vibration which cannot be manipulated anymore, continue on with the GOLDEN LOVE LIGHT to strengthen and fortify LOVE and thus decisions for the BEST of ALL that IS.

We do not want to feed darkness with BITS of Light - we need to CLEANSE and TRANSMUTE first all that which is not in alignment with the Divine Plan of Ascension - and then nourish only LOVE :-)

Make sure you are well protected before you begin your meditation, starting out, for example, with an invocation of AA Michael and his legions of light. When you continue then with fhe Violet Light and Ray, please know that it is incorruptible.  You can add some SILVER in order to magnify its potential. As BLUE is the first ray - and Violet the seventh, ALL THE LIGHT SPECTRUM IN BETWEEN is automatically included in this transmission, and if you are not well versed with the practice of sending light, this is enough.

LOVE LIGHT BLESSINGS to ALL,

Thank you Sonja for these very wise instructions and cautions,

May the Love we send be cleansing!

Tathastu, beloved siSTAR, So BE it!

Thank you Sonja for your support and for sharing this post.

This time comes at 2 PM for me. My husband shares my intent to keep the time and we meditate together. I always connect with the Lightgrid family and anyone I know who is meditating with us. From now on I will invoke the protection of AA Michael and the Violet flame before beginning.

I must confess that today I was preparing a meal for company and only got to the connection and the violet flame, before the activity of the day took me away. I hope I didn't disappoint anyone who was expecting to find me in the eithers.

Thank you everyone who joins in the meditation,

You were THERE, beloved Ishema, you always are :-) Your INTENT works for you - you are more than your embodied existence here on Earth. GOLDEN Love Light BLESSINGS,

That is very reassuring!

Nice posts, Ishema, Carol! Thanks for sharing & keep it up!

Thank you Melvin for your support,

May Light, Love and Spiritual Power change the balance in the world!

Sharing an email from Tom Carney, the creator of the US Capitol meditation:

Dear Friends:
We initiated the Capitol Cleaning Campaign in February 3, 2014. From the looks of the current situation one might think that not much has changed. Actually, however, the field has cleared quite significantly. A large part of the glamour and confusion in the field was being generated by what Master M. calls halfwayness. There were a number of halfway individuals entrenched in both Houses of the Congress who used their influence, their vote, to foster their own positions. They routinely voted for programs that were clearly against the Common Good in exchange for some halfway measures to protect their seats. During the elections they pandered to the opposition, compromised their values and more or less deserted the Common Good front. “Compromise has been permitted and in the occult world compromise is forbidden.  When indulged in, it leads to disaster and sweeps away eventually, in ruin and in storm, the personalities of those who so stoop. Treatise On White Magic P.137
It is quite possible that our efforts to clean the frequencies that impact the houses of congress and the Capitol helped to eliminate these sources of halfwayness. The kinds of compromise that such halfwayness generates only confuses the clear lines of demarcation between the pairs of opposites or the Common Good and the interests of the exclusive few. It provides musty corners for the weak and selfish to hide. We are much better off with the clear easy to see opposition of the their replacements.
In the past few hundred years, Humanity has made enormous strides toward its eventual and unavoidable transfiguration. The strides have come at great cost and much suffering, but difficult as it may sometimes be to see, we have moved very far forward in many, many areas of human living. So now Humanity is entering the last decade of what was has been probably the most progressive, turbulent, expansive and at times violent 100 year cycle since Atlantis. The toughest stretch still lies ahead which is typical of every mountain I have ever climbed. But then, what are we if not mountain climbers
I am writing to encourage all of us to redouble our efforts in this meditation action group work, especially our focus on the various government arenas such as the Capitol in Washington D.C., the government sites in Brasilia, the Security Council in the United Nations building in New York ,and any others that you can think of.
As  we move toward our Conclave in Geneva next May/June, let  us realize that  “The coals of conflagration are rushing along, and the old world is summoning all its strength. How to perceive the windings of the boundary lines? They intersect countries, cities, homes, families, even people are separated by half-way thinking….In legends giants crossed the seas, breaking off monolithic rocks. Let us resemble the giants and our thoughts the monoliths. Let us dispel any timid halfwayness, as otherwise it will take possession of us and deliver us to a shameful execution by beating with accounting books. We know monolithic thinking. When conflagrations are strong, think monolithically. Community, 238.
Toward The Day
-tom
From the Beginning they struggled.
From the Beginning we conquered!
We do not admit into the great battles the small worms that crawl in the mist. Master Morya

IT IS A PERFECT TIME

IT IS A PERFECT TIME;- It is a perfect time perfect time for you to be considering what it is that you would like to know about yourselves. As you grow closer and closer to the point where you will simply be your higher self, you are accessing…