Operation Freedom: The Path Out of the Storm 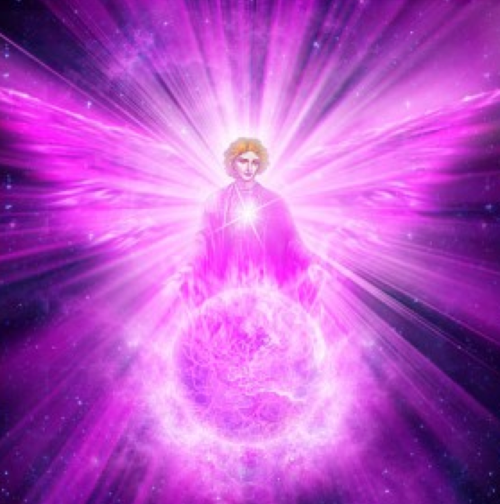 Operation Freedom: The Path Out of the Storm

A Message from Mother Earth and The Arcturian High Council

It is Mother Earth and the Arcturian High Council here today. There is a great deal of energy now surrounding the shifts in consciousness and light frequencies on your world. Recent messages have intended to create a context for the shifts underway and increasingly becoming self evident on the global stage.

As the 3D dimensional fields continue to be cleansed and alchemized by the Light, the energy surrounding that which is being cleansed is getting louder. Yet through the cleansings and crumblings of the 3D structures, a new world is being born. And that is what we aim to speak to today.

The Arcturian High Council and I come together to ask you all a question. One that seems simple enough . . . until we look deeper. 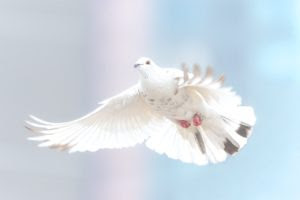 What does freedom mean to you, right now in your life? What essences, awarenesses, words, thoughts, or feelings come to your conscious awareness by simply conjuring the word “FREEDOM”?

We believe it has vast amounts of meanings to each and all of you. But at the core, and at its very root, there is a Single, Timeless, Eternal Vibration and Living Essence that is the Greatest Unifier of All.

Freedom in the 3D world may often be defined by not being jailed or imprisoned in some way. Yes?

Freedom means not being told what to do or being required to fulfill someone else’s requirements, conditions, absolutes, or instructions. Yes?

In the affirmative, from a 3D perspective, freedom is sovereignty . . . the right to choose, to do, and to be anything one desires. From a 5th dimensional perspective, freedom is liberation . . . The right to express oneself, and to be oneself, in the most authentic and fully aligned ways one feels most deeply within. Freedom is joyful, limitless, abundant, creative, expansive, and highly diverse.

Freedom is Free . . . meaning it is available to All . . . to every single sentient being who lives upon the earth.

Freedom in this context is limitless in its infinite positive potentialities.

Freedom feels good. And expands the Light of Goodness, Goodwill, and a Sense of Universal Benevolence, Vitality, and Prosperity throughout this planet and the Greater Cosmos.

It is an inalienable right.

Freedom is a Divine Right.

And Light Is Who You Are.

Divine Freedom is woven into the core of your very beings, . . . literally into your codes – your DNA, and your Souls Blueprint.

But why isn’t that humanity’s experience? Why so many wars? Why so much division? Why so much competition, fear, and violence?

Scarcity is a big catalyst of the “not free” human condition. When there is a core belief in “not enough,” and little hope of having the creative freedom to create or manifest “enough,” then competition is the method and means through which freedom is often acquired.  To be free, often we see then that it must be taken. From some one, or some thing, or some system, in some way.

And we simply wish to call your very conscious attention today
~ to the Root of  the Truth ~ of how that energy actually feels. Is there any lasting peace, happiness, or joy in this type of 3d freedom?

And what are most wars truly fought over?

The answer is scarcity, lack, and a deep primal fear of “not enough.”

In Truth, most wars are fought over the acquisition or need for resources.

Through Time, many things have been called and deemed to be resources. Sellable, purchasable, tradable, and traffic-able resources. And everything under the sun that one can think of has been sold, purchased, traded, or trafficked in order to either establish a sense of power and control over the scarcity principle of 3D Earth, or to facilitate and perpetuate the scarcity principle in 3D Earth, to keep the cycle rolling on in perpetuity.

We would say . . . There is nothing scarce about Source Energy.

There is nothing impoverished about your Divinity.

There is nothing competitive about who you are as a Being of Light.

For Light by its Nature is Abundant.

Light by its Nature is Sovereign.

Light by its Nature is Infinite.

Light by its Nature is FREE.

So we ask you . . . if 3D Earth at its core had scarcity and duality written into its core codes . . . What is Freedom in that world?

Is it even possible? Without activating this zero-sum formula of “for one to win, another must lose” and its scarcity frequencies?

What would it take for the Entire Collective to Shift Paradigms into a Higher Dimensional Realm of Source Freedom, Divine Freedom, and Infinitely Expansive Freedom for All? 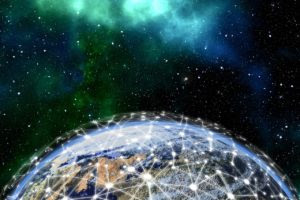 We believe it would require a Planetary Shift and Quantum Leap in Consciousness Within All Sentient Life Living Here on Earth.

And that is EXACTLY what is occurring.

The Benevolent Force of Infinite Light in the cosmos, a Frequency Bigger than that found on Planet Earth alone, is now summoning the Whole of the Planets in our Galaxy to get up to speed with the Divine Rights of Sovereignty, Infinite Light, and 5th Dimensional Unity and Love Frequencies.

A Clarion Call went out to all with the ears to hear, the eyes to see, and hearts open wide enough to feel or know . . . on December 21, 2012 . . . that our little corner of the Milky Way was fully ascending into 5th Dimensional Light and Law of One Governance. And this instantly instituted the conscious and collective release of all frequencies in the lower 3D realms . . . that are still embroiled in the age old entanglement and scarcity battles that simply are not solvable with the 3D thinking and consciousness that created them in the first place.

The Universe and the Higher Dimensional Realms, in their Vast and Infinite Wisdom, know what Albert Einstein channeled through as a warning to the 3D world when he said:

”We can not solve our problems with
the same level of thinking that created them.”

That is the definition of insanity.

This is why steady streams of Higher Light Codes are flooding the planet to simply clear the old paradigm and its imprisonment, enslavement, and battlement codes away.

The key is to not get swept up in believing in one team or faction over another in these shifts, for that is the trap of the Zero-Sum Game and the Scarcity Code of 3D Conditioning.

Only your Heart Centers know how to feel, to literally see and feelthis Vibrational Reality, and hence Soul Truth, of 5D Light re-setting and re-organizing your world.

There is no way to catch, or prevent, the 3-D structures now failing and falling back into the ethers . . . to be alchemized and returned to the Heart of Source for cleansing. There is nothing there that needs saving. It is simply out of sync and out of step with the rising 5D Earth and New Light Codes of the Whole 5D Galaxy!

And we invite all of you . . . to open your Hearts, clear your minds, awaken to your Truth, and embrace your Light Mastery . . . to see with new 5D eyes . . . the illusion 3D Earth has been for the Collective. That means All of You.  And All of Us.

And to now awaken from the sleepy, conditioned, and fairly acquiescent state of 3D functioning . . . and into the Light of the Vitality, Empowerment, and Infinite Knowledge and Gifts that your 5D Operating Systems have held within you all this time. 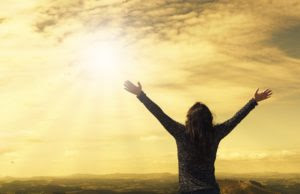 Freedom IS Who You Are.

Liberation IS Your Essence.

Creative and Financial Sovereignty IS your Divine Birthright.

Let the Light Lead the cleansing and release process.

Those souls playing dark roles know who they are, and that the final act is complete.

It is time for the Great Clearing, Healing, and Reintegration of the Planet now.

Remain aware and alert to calls to divide, to fight, to separate, to compete . . . for scarcity offerings and outcries of one form or another.

The Light knows that an Abundance Frequency and Consciousness is rising up and through the ashes of scarcity and 3-D earth trauma.

Listen for that Light. Focus on where the Light is emerging, healing, and clearing.

Some one or some frequency has to sweep out the old outdated 3D earth conditioning.

It is the 5D Light Codes’ job to be the cosmological sweeper.

When you can fall into your Heart Frequencies, and ask them to reinstate your Higher 5D Light, you can more fully surrender your 3D self, that may still feel confused and disoriented in the Ascension Process unfolding. 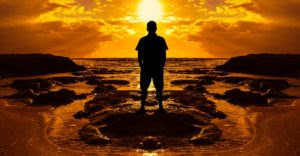 Trust your own 5D Map to guide you to your Divine Freedom and your Sovereign Soul And Higher Self.

YOU ARE FREE.
The Light is Leading you to the New Reality.

You are loved.
You ARE Love.
All Our Love.