Solar System Is Moving Into A New Area Of Vibration Now....David Wilcock...

According to the research of David Wilcock, there is an impending shift going on within our solar system that will give us all the opportunity to make a quantum leap in consciousness.

I was watching a "Contact In The Desert" video featuring David Wilcock and he brought up some information that is quite fascinating.

The following is an excerpt from "The Brown Notebook" which is a channeling from Walt Rogers that was done in the 1950's.

Much of what was channeled is proving to be true in today's society. 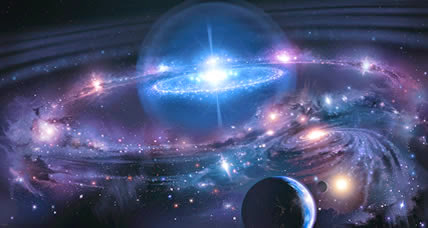 Man in his present state on your planet must change in order to survive. Many things will take place on this planet. Therefore man will have to change with the planet.

The vibrations on the planet will become higher. Therefore man will have to raise his vibrations in order to exist on your planet. These vibrations can only be raised by the people’s thinking: thinking better thoughts of everything in the creation, more spiritual thinking, thoughts that will lift the people of Earth out of the darkness and mud they have lived in for so long.

This planet and solar system are moving into a new area of vibrations in which conditions as they are now on this planet will not survive.

Many, many planets live as we do. However, there are others that do not, because they have not come to the understanding of life of which we have. They are beginning to understand, however, some more slowly than others.

Our life is an ideal way of life. We have everything in plenty. Everyone is free. We do not try to rule one another. Our children are allowed to express themselves, not the wishes of the parents, as you call them. Each individual is ruled by none but the Creator.

We are all ruled by love, love of the Creator, love of one another, love of everything in the creation. We find this way of life very enjoyable, not the drab existence had by your people on Earth.

Wilcock talks about "The Brown Notebook" material at the 1:19:52 marker of the following video:


The photon belt and DNA

Many people believe that our sun is not in a fixed position and that it is traveling throughout space in a heliocentric manner in which our planets follow along. Under this premise, it is quite possible that our solar system could be moving into an area of space where the vibrations are much higher.

This may be related to the Photon Belt or it may just be an area of the solar system that infuses our bodies with higher energy vibrations, which may explain how numerous children have been born with additional DNA codons turned on.


According to Gregg Braden's research, we are only utilizing 22 of the 64 codons in our DNA.

If we are moving into a higher vibrational area of space, then it only reinforces the importance for all of us to make the proper adjustments in order to take advantage of this opportunity. Everyone has a chance to dramatically raise their vibration but it may require some work. In other words, those who do not raise their vibrations may find it very difficult to move forward and may be left behind for another 26,000 year precessional equinox time period while those who have done their work will move forward with Mother Earth.

According to this channeling, "vibrations can only be raised by the people’s thinking: thinking better thoughts of everything in the creation, more spiritual thinking..."

As you can see, even your thoughts play a huge role as every thought contains energy that either creates a positive or negative reality, not only for you but for the world you live in.

I tend to view "The Shift" as the playing out of the highest probabilities that exist within alternate realities and parallel universes. For example, every time someone wakes up and starts working on raising their own vibration, our current realty changes into a new and positive probability for humanity. Conversely, when we live in fear, our reality changes toward a more negative outcome.

The shift doesn't require the entire planet to wake up...

Fortunately, it doesn't take a lot of people to change our current reality as love is much, much stronger of a vibration than fear.

The following is an excerpt from an article entitled, " Proof That Group Meditation Can Change The World":

Meditation has the potential to literally transform the world. In 1978, what is known as the “Maharishi Effect” took place when a group of 7000 individuals over the course of 3 weeks were meditating in hopes of positively effecting the surrounding city. They were able to literally transform the collective energy of the city which reduced global crime rates, violence, and casualties during the times of their meditation by an average of 16%. Suicide rates and automobile accidents also were reduced with all variables accounted for. In fact, there was a 72% reduction in terrorist activity during the times at which this group was meditation.

Humanity will have to change with the planet

According to this channeling, we can either adjust with Mother Earth or get left behind. As I have written in a previous article, "Schumann Resonance And The Time Speeding Up Phenomenon," Mother Earth has been raising her vibration. The Schumann Resonance is basically the "heartbeat" of the planet and has remained as 7.83 for several thousand years but recently, the resonance has risen as high as 8.50 and has remained over 8 for as long as I have been recording it on In5D News. What this means is that our planet is already making these adjustments and she is giving us all the opportunity to rise in vibration with her. She is also giving notice to those who continue to live in a lower vibrational reality that they either change their ways or they will face the consequences of not doing so. According to the channeler, " Man in his present state on your planet must change in order to survive." He also added, "... man will have to raise his vibrations in order to exist on your planet."

This doesn't necessarily mean that you need to live the life of a saint. According to Wilcock, you only need to be 51% of positive vibration to make the shift.

The material presented corroborates with many other sources, such as Dolores Cannon and how she sees the "New Earth". EVERY thought is playing a huge role in determining our present individual and global realities. In the end, we all will move forward but some may have to wait another 26,000 years for this opportunity to present itself again.

Please do not construe this channeling as fear mongering and try to view it as an observer. Also, as always, please use your own discernment in any informtaion you receive.

For those who do not make the shift, this is a wonderful opportunity to learn more of life's 3rd dimensional lessons in order to make the soul complete.

For those who make the shift, your work will pay of in ways that are unimaginable!

Gregg Prescott, M.S. is the founder and editor of In5D and BodyMindSoulSpirit. He hosts a spiritual show on In5D Radio and promotes spiritual, metaphysical and esoteric conferences in the United States through In5dEvents. Gregg is currently working in collaboration with Michelle Walling, CHLC, in opening a holistic walk-in clinic called Alternative Holistic Healthcare (AHH) in Sarasota, FL with subsequent subsidiaries around the world based upon this model. 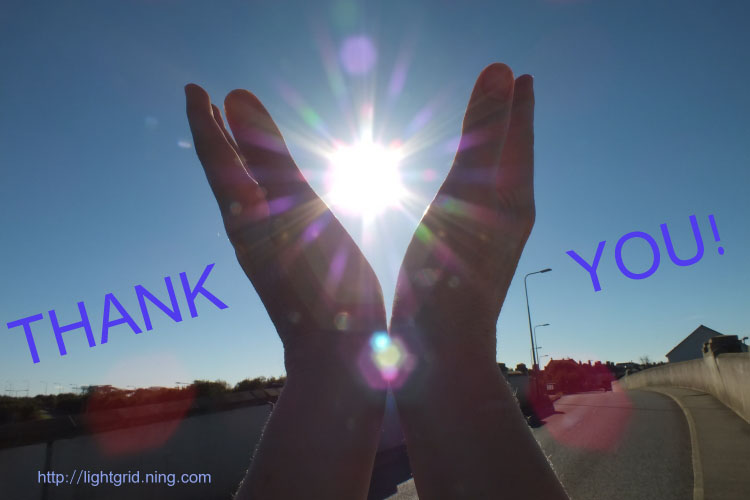 Thank you SohiniBen for posting this most interesting and helpful article.