Rewriting Past - Present and Future

The first three days of the SEED WAVE have been pretty intense, for me.

On the first day I was led to dive into my personal unconscious realm and retrieve soul segments which had been stolen from me.

On the second day I went to the collective unconscious as I had realized the day before how important it is to take the 4th dimension with us when we wish to ascend ... so this time I sent the Crystalline White Light from the Central Sun directly into lower astral world of the fourth dimension.

Today I will do the same - but prepare better, sending the Violet Ray into the fourth dimension from the very beginning of our connexion - and then, when I am at the Central Sun, I will ask Akasha and Asun to shine the Crystalline White Light and the Rose Pink Ray of Divine LOVE into the 4th dimension - to every soul stuck or residing there our of free will decision. The White Light brings HOPE, the Rose Pink Ray pure LOVE CHARITY, the Blue Ray ednows all beings with Divine Will Power and Faith, the Yellow Golden Ray carries the message of Wisdom, Peace and Enlightnment and the Violet Ray the VICTORY of Freedom through Forgiveness.

I will continue to work in this way, bringing down these frequencies of light into the FOURTH dimension during the Seed Wave now, thus seezing the opportunity to SEED LIGHT in the astral world.

May those souls who got stuck there recognize the light and find the strength to turn to it so they can return to their I AM Presence and experience HEALING on all levels in one of the Healing Chambers, finally!

May our lost soul fragments return to us piece by piece until we are each WHOLE again!

May we be able to step into our full power and strength after this Cycle of SEEDING the LIGHT in all the lower dimensions on Earth, where HEALING is still needed!

May those of you who had similar experiences and / or feel drawn to accompany me in this task of planting SEEDS of LIGHT in the Fourth Dimension do so in Unity and Love,

TODAY I will choose 13 initiation stones in addition to these 13 crystals - one for each day - and mark them with numbers, so I can connect to each of them in its specific way - and dedicate them to my work with the fourth dimension. 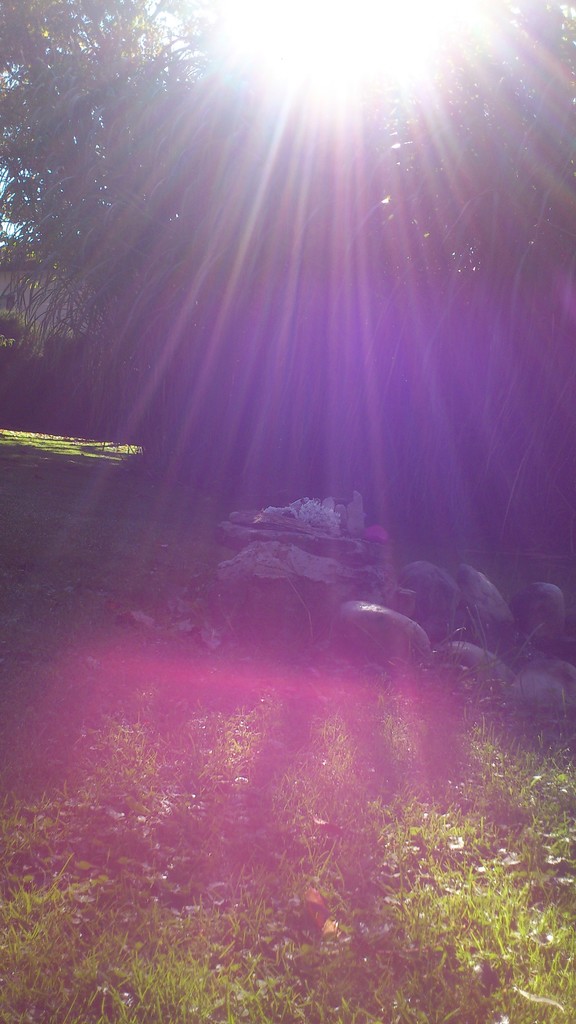 In todays connection hour as I connected at the end with the Suns and the 3rd central sun, I asked to make a connection with Aksha and Sun  and focused on the light pouring out and suddenely a large stair case appeared and two people were noticed walking downwards together almost exact footings, as they came towards me I then just projected the light and felt a wash of light fill my auric field.  it seemed almost like a flash of brighter light which was very lovely.  Does that mean a clearing of some kind, it felt real good.

I find these seeding sessions very powerful and so perfect on all levels and am truely amazed what has been shown so far.  Love Love love

I also saw a little girl and as I looked at her big loving eyes I felt a release with in my physical body, so was she part of me, or a child from another time.

I suppose she is, dear Jan Marie! We are integrating lost soul parts and all the light which formerly was misqualified energy sent out by us at any time in any world / reality / or dimension is now coming back to us as pure Divine Potential which we are SEEDING into our lives to bring the CHANGE we so wish to see, finally - so I really suppose the girl is part fo you, yes :-)

And the light which washed over you, filling your aurid field is totally yours, too! It's the next step after clearing - it's INTEGRATING the light which has been set free now :-)

I feel that I was guided to find this audio message as part of our healing cycle  - so am sharing the link here, although it could fit many places on LG.  It is from Kryon, here in Toronto less than one month ago.  If you sit down to meditate and listen, get some tissues handy just in case - I cried through the second half of it.  A very healing message on the dimensional shift in global family perspective.

Thank you, Ana - will listen to it tonight when the kids are in bed! This Angel Twin crystal will help....

SUPERSENSES:- The opening of the Third Eye also deals with the development and integration of the 22 Supersenses of GOD, such as intuition, knowingness, wisdom, Spiritual idealism, all knowledge, beautitude, active service, divine vision,…

ALL CREATION IS PART OF YOU

ALL CREATION IS PART OF YOU:- All Creation is a part of you. Strive to be harmless and defenseless in all things. Your Brothers and Sisters share your identity as the Divine with you. God had only one Son and One Daughter and we are all part of…