what is it about sacred geometry?

What is it about Sacred Geometry?

is used as a religious, philosophical, and spiritual term to explain the fundamental laws of the universe covering Pythagorean geometry and the perceived relationships between geometrical laws and quantum mechanical laws of the universe that create the geometrical patterns in nature. Many Gothic cathedrals were built using proportions derived from the geometry inherent in the cube and double-cube; this tradition continues in modern Christian churches to the present time. Temples, mosques, religious monuments, altars, tabernacles; as well as for sacred spaces such as termini, sacred groves, village greens and holy wells, and the creation of religious art. In sacred geometry, symbolic and sacred meanings are ascribed to certain geometric shapes and certain geometric proportions, according to Paul Calter and others.

And See the Wonderfully Patterned Beauty of Creation
The strands of our DNA, the cornea of our eye, snowflakes, pine cones, flower petals, diamond crystals, the branching of trees, a nautilus shell, the star we spin around, the galaxy we spiral within, the air we breathe, and all life forms as we know them emerge out of timeless geometric codes.
The designs of exalted holy places from the prehistoric monuments at Stonehenge and the Pyramid of Khufu at Giza, to the world's great cathedrals, mosques, and temples are based on these same principles of sacred geometry
As far back as Greek Mystery schools 2500 years ago it was taught that there are five perfect 3-dimensional forms - the tetrahedron, hexahedron, octahedron, dodecahedron, and icosahedron ... collectively known as the Platonic Solids; and that these form the foundation of everything in the physical world
Source: SACRED-GEOMETRY.COM is dedicated to bringing the power of sacred geometry and the wonderfully patterned beauty of Creation, to your life.

So how is (sacred) geometry applied in our day to day life?

So how this does relates to our daily lives and what does it mean if we see figures that interest us without even knowing why. For a long time, being visually oriented by nature, I always saw a lot of figures, in objects, and always was intrigued by the star, pentagram, David star, ankh symbol and not knowing what it was that peaked my interest. Loved to doodle on paper and draw Mandela’s without even knowing they were Mandela’s. So you could say there is some instinctive knowledge hidden within, at least within me that came up and out in the open when I was more in a relaxed mood or just some kind of day dreaming state.

You know, when you are in class and you mind wanders off and you start to draw little figures on your page, almost subconsciously or when you are talking with someone on the phone and you dot the same. To me it was also like zooming in creating Mandela’s that way, like you create one focus point and in that state you are, just being, doing, no mind activity, thinking, analyzing, just going with the flow without any kind of expectation or committed to create some specific design. Going with it, and creating symbolic colorful geometric drawings, which to me were symbols for dreams or awareness.

As a child you have no clue no other means to it, than just doodle along. At least that was it for me, combined with those little wheels as an aid to draw Mandela’s as well spiraling along with your pencil creating a miracle on paper.. or the kaleidoscope we had as a kid with every turn creating a new figure and colors. The magic and wonder appearing in front of my eyes, already being thought how ingrained and universal these geometric symbols are in our lives. I cannot speak for anyone else of course, just from own experience.

I knew the relation between my feelings, senses, and thoughts about it, the emotions that were involved when I started to create a Mandela, just instinctively choosing my colors and lines along the way and sometimes it would take an hour of focus and sometimes it was done in 10 minutes, yet it always surprised me what showed up on paper. Telling my own story in lines and colors.

So how to relate this to sacred geometry.

The interesting thing to me were the figures that appeared were almost always combinations of circles, triangles, triangles combined, one lined figures like the pentagram for instance or the 7 star symbol, and sometimes they came together in a figure that would feel familiar and sometimes like I know this only have no clue how, let alone how to interpret this.

This information came to me in my early twenties when I started my journey within the spiritual and healing realms and there I saw a lot more of these symbols and meanings. Apparently it was some sort of universal energy between the symbols because there were a lot of people with a lot of knowledge, or thought to have a lot of knowledge, that made it more understandable at least and also made the connection to a broader scale. The crystals of one snowflake, or one water drop, the trees and their shapes, all I was familiar with yet never saw as such, coming from one source as I became to understand every shape or form can be deducted to the rudimentary geometrics.

How awesome was this discovery to learn that one grain of sand had its own signature as did a snowflake and that even though they had this unique signature they were also part of the whole. Connecting all the dots in how the Universe and the planet earth were related to one another in every small or larger detail as was known in the Ancient Knowledge that is now rising again within the awareness of humanity.

We all become more and more aware through resources on the internet and social media to make it available all over the planet for a large group of people to share their knowledge about the sacred geometry, from the Shamanistic knowledge and Ancient Times, Eastern and Western connecting and to recognize how in all the religions, all over the planet, people always used the same type of geometry.

So what we called geometry as we learned in school gets a whole new meaning when you see how this is all ingrained within each society through the use of the symbolism also for religious purpose, for the better or the worse as well alike.

We all are part of this Creation and we all are responsible for it. So using the symbols built of geometric lines can influence each of us on a subconscious and conscious level. To bring out the best or the worst in the way we are relating to each other’s love and respect in using them wisely.

"There is geometry in the humming of the strings, there is music in the spacing of the spheres." – Pythagoras 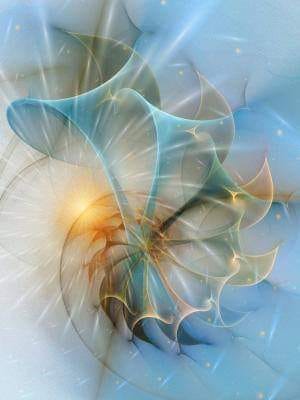