Unity Consciousness ~ Is It Happening? ~ Is it Practical?

Unity Consciousness ~ Is It Happening? ~ Is it Practical?

Unity consciousness is an idea that has been around for as long as consciousness has been recorded. It shows up in all of the spiritual teachings as Love. So what is new now? And, how is it manifesting?

I once searched for some tangible manifestation of ideas. How do they manifest? And, do they serve any material purpose? I found a book that was written by an artist. He explained the manifestation of ideas as a triangle of creation. For instance, an artist may be inspired with an idea. The idea becomes her creation as music, painting sculpture, architecture, etc. In the process of molding the idea into form, the idea enters the mental field and other artists pick up the same idea. Soon there are many similar creations. These creations become more popular and emotionally desirable. The idea begins to spread. As it spreads it becomes less pure but more pervasive. For instance, it enters the world of fashion, furniture making, and the creation of tools and buildings. From this point it belongs to everyone.

I remembered this explanation as I studied and meditated with ideas in an Alice Bailey group. These ideas were so new at the time that even though the books were already thirty or more years old, no one really understood them. We were told not to openly discuss what we were studying because unless we truly understood them we would distort the ideas and discredit their source. The advice was to personally live the principles and see how they worked in our own life.

Now these same ideas of right human relations, sharing, group consciousness, Unity in diversity, etc. have been transformed into the spiritual and ecological movement of today. In my part of the world in California it is not uncommon to explain what is happening in terms of energy. This would have been unheard of forty years ago. Are there distortions to the original ideas? Of course! This is the path of creation, from idea to physical form. Once the idea is out and more and more people pick it up, it becomes the creation of each one who works with it.

Today we are expecting the birth of Unity Consciousness. We have the dates foretold by the Mayan calendar to look forward to. October 28th is the first big one coming up. I believe the birth of this idea is an organic creation. It comes from the 99% of us tuning into the idea of “Unity” as it exists on the mental and emotional planes. The idea has been evolving for a long time. We are just beginning to see its material creation. I think we see it in the many, “Take Back,” demonstrations which are breaking out spontaneously all over the world. It is sometimes messy. It sometimes distorts the original idea, but this is the way of creation. There may be outward chaos, but the strength of this movement is in its inner connections. The fact that most of this activity is spontaneous and peaceful is encouraging to me. It is an indication that the Soul of Humanity is its source of direction.

Will it get organized? Is it safe from manipulation of sinister forces who would use it to herd us again? I believe it is Spirit driven and watched over by our waiting guides, by whatever name you want to give them. Unity Consciousness is an idea whose time has come. It is ripe for manifestation. The outer manifestation, the organization of it, its outer goals will evolve according to the needs of all of us, for individual freedom to experience abundance, peace, beauty, and love. It will be in alignment with the needs of the many other beings of nature who live with us on this planet. And, it will be in alignment with Gaia, Herself, and her need to ascend to greater perfection.

Thank you so much for your post here, Carol!

I have been thinking about Unity consciousness these days and all of a sudden it was dawning on my why I do not perceive it in more detail yet: it is the same as with my body! I experience my body an an ENTITY -a UNITY -and find it hard to feel all my inner organs separates - not to tell of atoms and molecules ... now the same holds true when I think of UNITY CONSCIOUSNESS - and want to be aware of certain people to connect with them ... it is a pathway of EVOLUTION! The first step is to step into the fullness of the ONE - and then to experience specific frequencies simultaneously - which tells us some more about the inherent problem if we want for example to communicate telepathically with someone through UNITY consciousness: which is that we have to learn to handle our multidimensionality ...

This of course is my very personal experience and view - one which I am learning about right now ;-)

I am so glad that my blog was meaningful to you. I am very tuned into politics. I was inspired by Gandhi and Dr. King who led the civil rights movement in the US. I think these demonstrations will remain powerful as long as they stay peaceful, expressing their love, not their hate. The many meditations of Love are anchoring them.

I don't know much about telepathy. I stand back in awe of those who do.

Blessings of LOVE and LIGHT to you,

It is a very timely and appropriate view of current events worldwide.  YES, it is Unity Consciousness, Divinely Driven & Guided by ALL That We Hold Good & True, That is behind the Unrest of Humanity at Large.  The Thought Field Matrix is Intensified & Amplified by the Increasing Light We Are ALL Experiencing.  We WILL Evolve into More Aware, Mindful & Kinder Humans for ALL That Is. 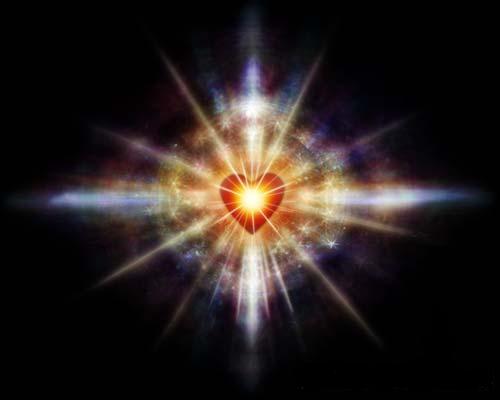 It Already IS Happening & So It Will BE.

Many Blessings to YOU, Dear One.  We ARE ALL ONE!

Wonderful work Carol! Reading this I felt as if I was reading a channeled message, when  I realized that of course it was, channeled from your higher self. Yes, this idea of Unity Consciousness has been steadily building and budding within me for the past few years especially. Along your same lines of idea manifestation, I once wrote a poem linking this creation process to seven fisherman upon the shores of a sacred sea, and every new idea in the world is litterally "fished" from this All-Knowing, Great Sea of All Possibility. Triangles with circles on the points? Just another metaphor of the very same concept, Creation ;)

Yes, Unity Consciousness is very possible with Like minded and if it's in Harmony.....

So when all persons can work on the same idea or the same project with the same thinking then, it's very easy and no problem but Thinking if not in Harmony so the action also will differ and will be a great hindrance for the Unity.....

Like Minded people with the same type of thoughts are the Rule for having Unity Consciousness.....And that works thousand folds.....

Thank you Rick and SohiniBen for reading my post. When I thought about it I realized that I have been living by these ideas for a long time. For many of us they were seeds, buried in the ground of our consciousness.

Much love to you,

In this video Gregg Braden explains the magnetic field produced by the human heart. Feelings of coherence such as, appreciation, gratitude, forgiveness, and caring, which create a response between the brain and the heart have a significant effect. When a number of people come together at a specific moment and choose to create these emotions it can effect the entire population.

Ah - YES! This was one of the very first videos I saw featuring Gregg Braden - and I LOVE him :-)

Thank you somuch for reminding me of this :-)

I will have to check out Gregg Braden's groupto see if we have posted this one there as well -lol!