A great moment of truth approaches.

Over the next seven days, our Sun aligns with the heart of the Milky Way Galaxy. On Monday night, just hours before the Solstice, the Earth's shadow will cross the face of the Full Moon, collapsing time in a dimensional portal of infinite possibility.

The total eclipse of the Moon will be visible throughout the Americas. The effects will radiate beyond time and space to all sentient life, everywhere, carrying our hopes and prayers into the next millennium.

The alignment of the eclipse with the galactic core is a rare cosmic phenomenon and not a coincidence. It's connected with 2012 and the Mayan calendar, the cycles of Venus, the Earth and the Moon. This opening in the heavens signals a time of great change on Earth, of purification and enlightenment.

Deep, unmasked truth lies at the heart of this eclipse. Whatever darkness remains within our own hearts will be revealed. Within the interplay of shadow and light, secrets from the individual and collective unconscious are exposed in tones of raw emotion. Suffering is transformed by the caress of perfect love.

This is likely to be an uncomfortable passage through the heart of darkness and into the ultimate bliss of self-realization, the galactic consciousness that awaits our embrace.

Right now the Sun is transiting a part of the sky that connects us with the Great Beyond via Ophiuchus, the Serpent Bearer.

The medicine of this great healer is truth, a potent elixir that heals the wounds of many lifetimes and helps us find our way home to love. The serpent initiates our becoming.

Each year, the Sun aligns with this region of the heavens, and divine cosmic frequencies stream to Earth on the galactic cross. This is the alignment that religions and spiritual traditions around the world celebrate as the return of spiritual light to Earth.

As 2012 approaches and the Mayan calendar comes to a close, the feathered serpent symbolizes our ascended state as fully realized, galactic humans.

Out of darkness we are reborn.

A most auspicious event happens this year as the lunar and solar cycles dovetail in a special eclipse series that coincides poetically with the dawning of the next world age.

These eclipses echo the Grand Cardinal Cross eclipse series earlier this year and yet another series a year ago. This entire period marks a turning point for humanity and the Earth.

Eclipses happen in six-month and 19-year cycles. Issues that surfaced over the summer months will be back, with higher stakes this time. Themes will also relate to 1991 when eclipses previously happened in the same place in the sky.

Both individually and collectively, we're ending and beginning important cycles along these timings, within the context of the great cycle shift known as the Turning of the Ages.

The December 20/21 event is the first total lunar eclipse in three years. There will be two more in 2011.

In the Americas, where the eclipse is visible, it happens overnight December 20-21. Here's the timing:

As the Moon appears to darken, it will actually turn a deep shade of red. The entire event lasts three-and-a-half hours. Within that, the period of totality is 72 minutes. If you live in North, South or Central America and have a clear sky, you can watch from beginning to end.

All the phases of a 28-day lunar cycle will be condensed into three-and-a-half hours. Beyond the Full Moon, 26,000 light years away, lies Galactic Center, the heart of the Milky Way. Gazing in this direction activates your cellular memory, awakening wisdom codes deep within your being.

This is a Solstice to be remembered, a galactic initiation offered to all who are open to receive it.

The December 21 lunar eclipse is paired with a New Moon Solar Eclipse on January 4. As the Sun and Moon meet in Capricorn, the new year begins.

The ongoing galactic alignment in December and the 2009-2011 eclipses bring to completion millennia of spiritual darkness on Earth and mark the beginning of a new era of enlightenment, peace and prosperity. Our divine hearts are awakened.

Each year, the Sun appears to rise and set in the same place for three days surrounding the Solstice before turning south (or north, if you're in the Southern Hemisphere) for the next six months. Time seems to stand still, creating an extended moment of silence designed for quiet reflection and review in preparation for the next cycle.

Timed within the Solstice gateway, the December 21 lunar eclipse expands the potential to infinity. The effects of prayer and meditation are magnified exponentially through this portal.


Energetically, humanity is poised for a quantum evolutionary leap. We're invited to step into our power as divine co-creators who will shape our destiny and craft a remarkable future for humanity and the Earth.

Each of us needs to find our way through the maze of meaning within this rare alignment. Issues central to this experience will be:

- Addictions, the ways we numb ourselves and limit the actualization of our highest potential

- Alignment with the soul, the cosmos and our deepest purpose

It might seem easier to ignore the vastness of this opportunity, yet the consequences of denial are far more devastating than facing the truth.

There are many ways to attune to the celestial frequencies to embed and direct the transformative effects of eclipses. My favorites include:

- Communion with the planets and stars

- Celebration with loved ones


- Eating foods that grow in and close to the Earth (especially root vegetables and dark, leafy greens) plus mineral supplementation

Ceremony is most potent in the hours before, during and after the eclipse alignments, and at sunrise and sunset during each day of the Solstice gateway. As the energies are building, then disseminating, our prayers expand and multiply.

I'd like to offer, for the benefit of all beings, a prayer that we might carry in our hearts through this eclipse passage.

Beginning now, I choose to walk in a new way on planet Earth, to attune to her as I remember cosmic truth and embody my divine purpose.

I forgive myself and others and open my heart to receive the infinite blessings of divine love flowing throughout the universe and coursing through my very veins.

As I attune to the Earth, the Moon, the planet and star beings in the heavens, I breathe with universal forces of creation. Divine Source enters me, filling the cells and spaces of my being with pure love and light. I am healed, whole, and renewed.

May I be gentle with myself and others as pain, fear and suffering are released. I bless all I encounter and embrace my fellow beings, all situations and circumstances, all thoughts, feelings and emotions, as reflections of my own divinity.

I joyfully claim my destiny as a force for positive change at this turning point in Earth's history. Together with my brothers and sisters of all colors and faiths, I will strive to shape the future in ways that serve humanity's highest evolution and fulfill the needs of generations yet to come.

Aligned in truth, I am.

This is a wonderful blog!

May I share it at another Ning site? I am at "The Spiritual Network" also and I know they will love reading this.

Have a wonderful birthday!  Carol

Had a Peace Filled B'day Carol and appreciate your kind thoughts...received with much love.

Please feel free to share it where ever you can..

Thank you for this wonderful blog post, dear Kathleen!

I hope you have recovered from your operation and are feeling better by now? HAPPY BIRTHDAY to you, dear sister, although I know that it's already a bit late ;-) 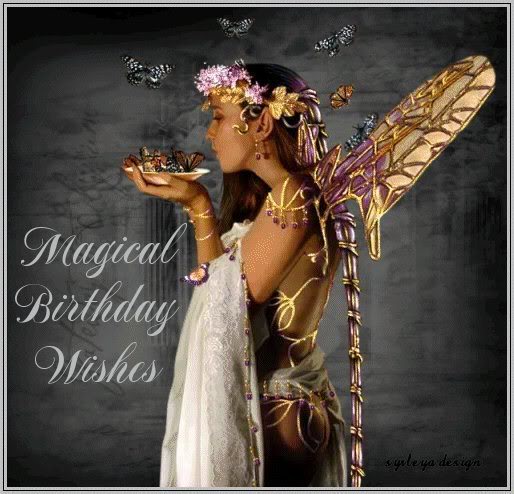 I'm sorry that I didn't read your post earlier so I could have shared it in time but my days were filled with preparations for Christmas and in the past three days I was hardly online because I hhave really dedicated my time to FAMILY :-)

I hope this message finds you well and thriving. I'm sending you a big hug and Christmas Angel Kisses, my dear,