The Festival of Wesak The Festival of Wesak

From the procession of the equinoxes, we enter the influence of the constellation, Taurus. This Great Alignment of Suns blesses us with balance. Possibilities for new expression were presented to us in Aries as a new cycle of inspiration began for all on Earth. Now it enters the consciousness of humanity with the Holy Teachings of Balance, taught by the Buddha. We must seek the Noble Middle Way, to navigate through the necessary changes that the new impulse of Aries demands.

The exact time of the full moon of Wesak is:

Add one hour if your area is on daylight savings time.

The Principle of Essential Divinity

Ray 4.  Harmony through Conflict…….The will to harmonize or relate.

Expressed in humanity as the illumined will, the basis of buddhi or intuition.

If you are living in another part of the world, please use the world time clock to find your time:

On the day of the Festival itself  (the full moon of Taurus) we simply regard ourselves as the recipients of, or the custodians of, as much of that inflowing spiritual force as we can possibly hold. As channels, we must be prepared to forget ourselves in the service of touching, containing and holding force for the rest of humanity. Esoteric Psychology II P. 687 (Channeled from Djwhal Khul’s Teaching through Alice Bailey) According to tradition, at the time of the full moon in Taurus, the Buddha comes to the Wesak Valley of the Himalayas to bring the powerful spiritual energy of Shamballa to the assembled masters, initiates and disciples of the Hierarchy, for the assimilation and eventual distribution of this Shamballa force throughout the world.

Approaching the time of the full moon of Taurus, pilgrims from the surrounding districts begin to gather. The holy men and the lamas find their way into the valley and fill the southern and the middle parts, leaving the northeastern end relatively free. There, so the legend runs, gathers a group of those great Beings Who are the Custodians on Earth of God's Plan for our planet and for humanity.

As the hour of the full moon approaches, a stillness settles down upon the crowd, and all look towards the northeast. Just a few minutes before the exact time of the full moon, in the far distance, a tiny speck can be seen in the sky. It comes nearer and nearer, and grows in clarity and the form of The Buddha can be seen, seated in the cross-legged Buddha position, clad in his saffron-colored robe, bathed in light and color, and with his hand extended in blessing.

When The Buddha arrives at a point exactly over the great rock, hovering there in the air over the heads of Three Great Lords, a great mantram, used only once a year, at The Festival, is intoned by The Christ, and the entire group of people in the valley fall upon their faces. This Invocation sets up a great vibration or thought current which is of such potency that it reaches up from the group of aspirants, disciples and initiates who employ it, to the Being we know as God. It marks the supreme moment of intensive spiritual effort throughout the entire year, and the spiritual vitalization of humanity and the spiritual effects last throughout the succeeding months. The effect of this great Invocation is universal or cosmic, and serves to link us up with that cosmic center of spiritual force from which all created beings have come. The blessing is poured forth, and The Christ, as the representative of humanity, receives it in trust, for distribution.

Thus, so the legend runs, The Buddha returns once a year to bless the world, transmitting renewed spiritual life, through The Christ. Slowly then The Buddha recedes into the distance, until again only a faint speck can be seen in the sky, and this eventually disappears. The whole ceremonial blessing, from the time of the first appearance in the distance until the moment The Buddha fades out of view, takes just eight minutes.

When The Buddha has again disappeared, the crowd rise to their feet; the water in the bowl is distributed in tiny portions to the Masters, initiates and disciples, and they then go their way to their place of service. The crowd, who have all brought their little cups and vessels of water, drink of them and share with others. In this beautiful "water ceremony of communion" is portrayed the symbol of the new age which is upon us, the Aquarian Age, the age of the Water Carrier.

Pay attention to your visions and dreams for you may be there!

(Introduced by Djwhal Khul and used each day by his students:) 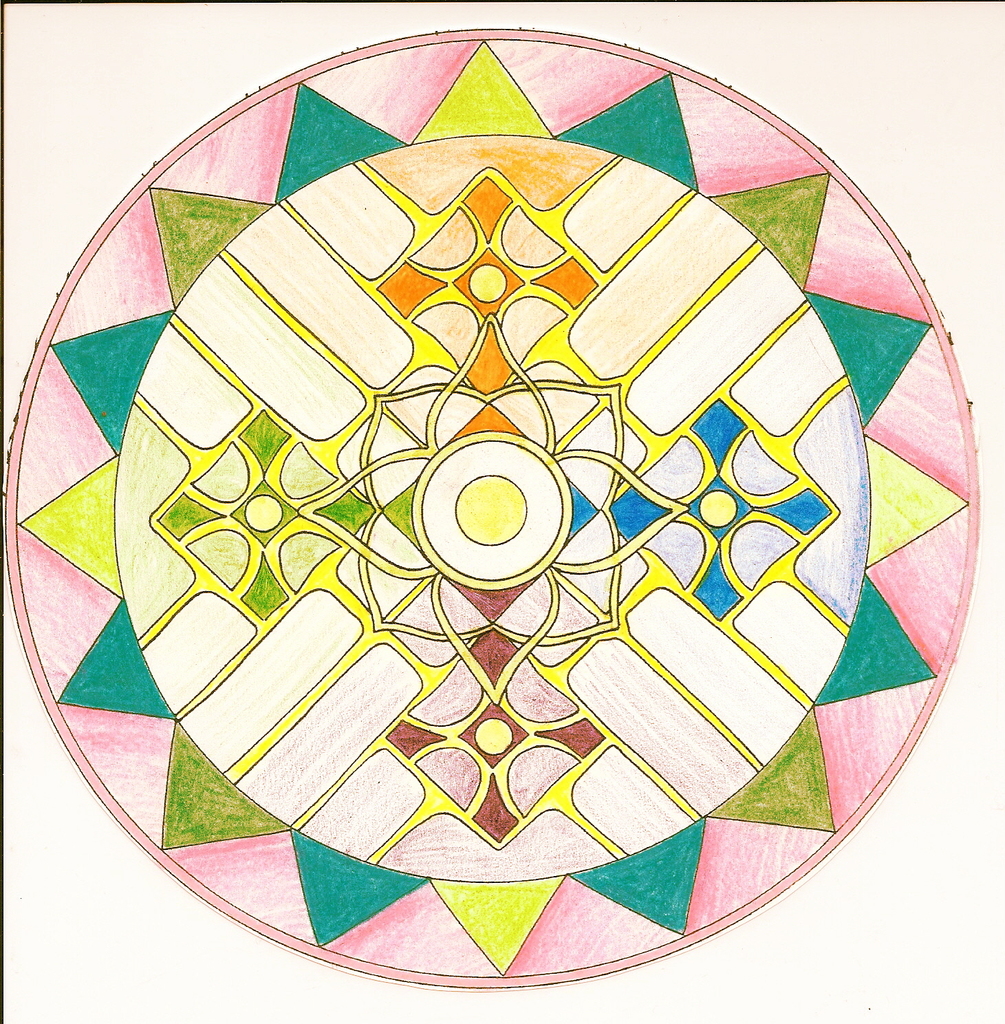