Alice C: This is one of many recent channelings that are highlighting the significance of the upcoming planetary alignment of 29th July 2013. More information on the alignment can be found at http://www.galacticresonance.org/grand-sextile-sky-magic-july-29-2013/

Greetings fellow beings of light! I come to you now as planetary energies and alignments in this timeline are creating a portal to bridge my consciousness to your own. This message you read now, you were drawn to read and it is not a coincidence you and I now share this same space. I come to share with you some knowledge of astrology and how this directly affects your concepts of time and space.

The alignment of which I refer, is known to most of you as the star of David alignment, or grand sextile alignment. As more become aware of this rare alignment and spread information related to it, the power of conscious thought given to it increases. The alignment is not rare in that it forms a hexagon, what makes this alignment prominent are the planetary positions within the great wheel of the zodiac, which will not again reach these coordinates and degrees for a very long cycle of time. Indeed, many cycles of creation will come and go before this energy again aligns to your planet.

The zodiac itself, was a gift from heaven. Thoughts and dreams were bestowed upon the great astrologers of your history, thoughts and dreams of the stars, visions of giving those stars a name and a form. Thus, astrology was born into the minds of mankind, and over cycles of time, empires and kingdoms arose that each presented their own interpretation of the stars, such as Egypt, Greece, Rome and Mesopotamia. Each was unique in that the astrologers of their time and space were each bestowed with thoughts and visions that would be accepted by their people and kingdom, names and forms that were familiar to them.

This is how mankind learns, through its own interpretation of the divine creation. Many of the stars and constellations you are now coming to learn more of, such as Sirius, Pleiades and Arcturus, all go by many other names and forms. The ancient Greeks observed the Pleiades constellation as the seven sisters, this is directly related to the fact that at that time, the people of Greece could easily relate to this vision, and the astrologers of that time such as Plato were bestowed with visions of seven sisters for that very reason.

Another example of this is ancient Babylon, where a 13th zodiac sign was introduced, the sign of Ophiuchus. This was due not only to the peoples acceptance of it, but also due to the tilt of the planet at that time focusing the constellation into the night skies in alignment with the already existing 12 signs. Now, as this sign once again begins to make its way into the accepted zodiac and peoples minds, one can see how time goes in cycles, history repeats, and in this great time of change and enlightenment, much like in ancient Babylon, you are taking part in the creation.

When one enters into infinite time awareness, one begins to see that the accepted names of the stars and constellations are only accepted due to the fact that they previously existed. Humans are educated to give all things a name and a form, this is what the term manifest refers to directly. To manifest is to give name and form. Infinite time awareness reveals these truths and the affirmations that follow guide light workers to be able to explain such concepts with clarity and confidence.

The energy of astrology is an ancient form of magick. Astrologers began to see that life on this world manifests in cycles of time. By being able to give their own names, forms, and energy to the stars and heavens, and the acceptance of the people, they became immortals. Forever acknowledged in the chronicles of history for bringing the heavens to the earth in a way that mankind could not only comprehend, but utilize for a greater experience. With the advent of the great wheel of the zodiac, and the acceptance of the people, astrology quickly became a desired tool of kings and queens.

Astrologers and Magicians became Prophets, aware that time is cyclic and history repeats, and began to use this knowledge to become rich and powerful. As time continued, mankind began to stray away from the original teachings that the heavens had intended, and instead began to utilize the concept of astrology for its own personal gains. False prophets began to manifest, with promises of salvation for those who followed their prophecy, this continues even today in your timeline. The dark cabal knows well the magick of astrology, and they utilize it in their occult rituals for their own purposes as well.

That which is above is like that which is below, the heavens and the earth are one in the same, it is merely the perception of the individual that creates duality and separation. The fruits of heaven fall to the earth, and the grain of the earth is harvested back into the heavens, just as the breath of your lungs expands and contracts, so does the symphony of multiversial creation.

I wish to speak now of how you can contribute your own form, name, and energy to the upcoming alignment. A seed of consciousness is planted in the minds of those who observe it, the seed will grow according to the energy, polarity, and vibration given to it. The choice is yours, as you have been blessed with free will. Within the great wheel of the zodiac aligns this hexagon, which is multidimensional as are all forms. It is also the cube and the tesseract. What do these shapes mean to you? What does the energy of the planets and constellations mean to you? For that is all that will matter. Let no other tell you what will come, what should come, or what may come. It is your mind that will manifest the fruits from the seed. The alignment serves as a metaphorical garden of heaven, the soil is prime and ready to nourish the seed, all that remains is the time and energy you shall give to it.

Always remember, that names and corresponding forms are given by creator man, not by heaven. Heaven sees you all as you are, as you began to be, nameless, formless. All that you now see and experience, was also once nameless and formless. You only call your closest star “The Sun”, as that is the name it was given by man. What would you call it, if you were to give it a name? Would it still be “The Sun”? I ask you to consider these things and dwell upon them as it serves as a tool for spiritual development. A true creator does not accept pre conceived names and forms for their creation, a true creator gives them their own name and form.

In infinite love, I am looking at you this way. Blessings in light!

All eyes on the sky as we near the super rare planetary alignment known as a Grand Sextile on July 29, 2013. This cosmic geometry consists of 3 outer planets (Saturn, Neptune & Jupiter) forming an equilateral triangle (Grand Trine) in the Water signs while the Moon, Pluto & Venus form an interpenetrating Grand Trine in the opposing signs of Earth.

The last Grand Sextile happened on February 7, 1945 towards the end of the Second World War. In fact, there were secret meetings taking place between Franklin D. Roosevelt, Winston Churchill & Stalin to discuss post-war reorganization after the fall of Germany at that time. See the Yalta Conference, codenamed the Argonaut Conference, for more details. Although the interpretation of this many aspects is incredibly complex, most astrologers see the Grand Sextile as setting the stage with favorable conditions for sweeping changes. Let’s hope for something special! 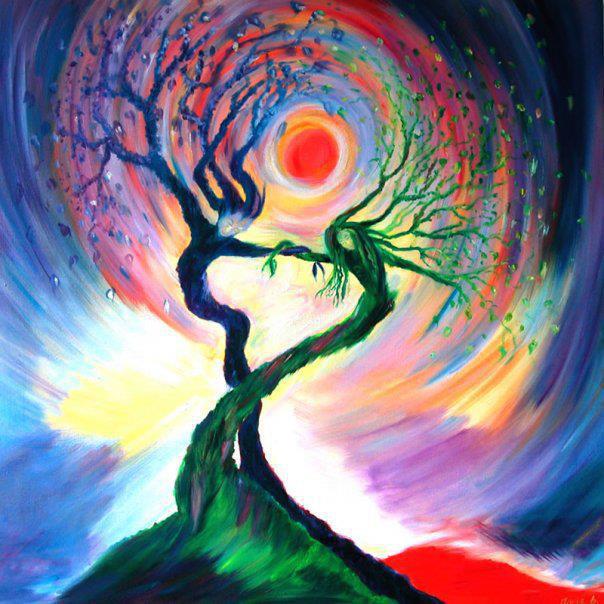 SHINING ONE i'd call our light sourse :) it always shines :)