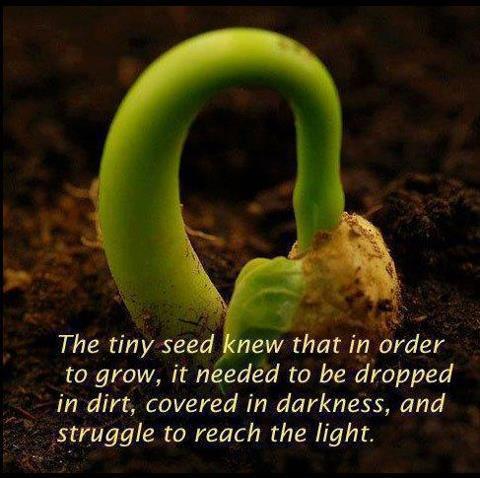 Some of us are meant to be seeds

We are buried in the soil of a new wave

Invisible to the popular culture of our day

Seemingly alone we search for the light

In the seventies I was cautioned to keep my silence

About the strange new metaphysical ideas

Lest they just gather ridicule

That so lit up my life

We're not even spoken aloud to my family

Lest I distort them and just create strife

To an Internet a-lit with the light

Of a metaphysical body of work

Full blown and grounded in science

There are new waves now

They are hitting the sand

They are churning up dirt

That is hitting the fan

A tsunami of love

Is on its way

I know we are creating

For a New Day 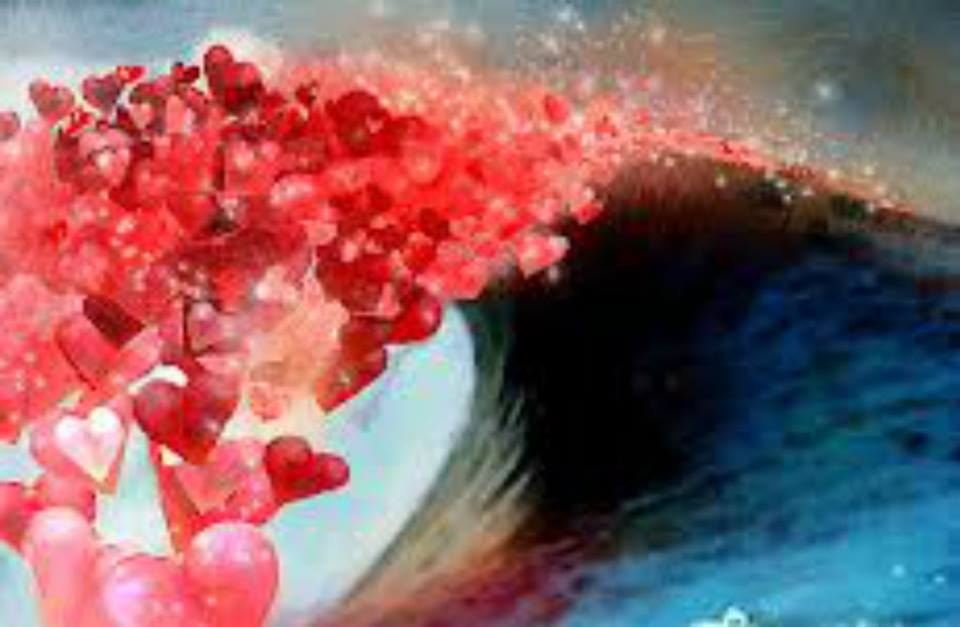 Humanity is about to ascend into a more subtle physical form. This will be a gradual change, not a sudden transformation. We are traveling a decades-long journey into global heart-centered consciousness which is known simply as The Shift.

A major pivotal event in The Shift occurred in 2012. The start of the new Mayan time cycles on December 21, 2012 was a turning point when the overall consciousness on planet Earth shifted from net negative to net positive.

The importance of this is profound as the world will no longer be brought lower by widespread negativity but will foster and support more positive thinking. Negative thinking is contractive and limiting while positive thought, being expansive, finds like-minded company and easily builds upon itself.

Sometimes people expect pivotal events like 2012 to change the world overnight, but in practice a longer perspective is needed. For example, when the astrologically-significant Harmonic Convergence occurred in August 1987, many people expected the world to transform and global peace to dawn on that very day.

Human inertia, however, preempts such a sudden change. It takes time for new thought to filter into the reality of world consciousness, and even more time for events to unfold as a result of this change. What did happen two years after the Harmonic Convergence was an unprecedented step forward in human liberty.

The Berlin Wall—that ominous divider of the Soviet Union from the West—fell. That was just the beginning of the change. Two years later, the Soviet Union itself collapsed, ending the global standoff that had threatened the very survival of the human race for over forty years!

The evolution of the consciousness of humankind has been in a constant state of acceleration. It started primarily with the birth of the Renaissance 600 years ago, then accelerated with the emergence of science 300 years later. In the 1960s, the spiritual searching that blossomed forth brought a long-awaited focus to the path of evolution. The mass mind of humanity is now moving ever more quickly toward the main event of The Shift.

Although The Shift is a gradual process that is occurring over many decades, its main milestone marker will be when the mass consensus of human consciousness reaches a tipping point where physical matter can move up into fourth density (the “fourth dimension”), which is the home of heart-centered consciousness.

In that higher level of physical existence, people will notice that the development of their inner senses has become relatively effortless. Intuition-supported thought will become commonplace. Telepathy between loved ones will become easy to develop. Contact with friends and relatives who have passed on will become ever more commonplace.

Fourth-density physical bodies are less dense than third-density ones. People will begin to perceive the light that radiates from their bodies and other fourth-density matter. Colors will take on deeper hues and sounds will expand in depth, creating a whole new range of possibilities in the arts. People will consume even lighter foods and more liquids than before.

Eventually, everyone will have one job description—to serve humanity in the best way of which they are capable.

The Shift is a cosmic event. It is much larger in scope than this one planet or even this solar system. It is an upgrade in energy and consciousness that affects all of us. The Earth itself will “rise in the heavens”, meaning that, when the time comes for that decisive step forward into the New Earth, the soil beneath your feet will rise in vibration into fourth density just as your physical body will. Humanity will rise in frequency along with the body of the planet.

When that time comes, every physical thing around you will move up into a fourth-density frequency of manifestation in, as predicted in the Bible, “the twinkling of an eye.”

Once the mass shift to heart-centered consciousness has occurred, humankind will look back at this present era as something that was very different. Just as you mature and gain wisdom, you will view the past differently from the way you experienced it at the time. So, too, will we view the Old Reality differently as we gain wisdom in the New Reality.

The timing of the main event of The Shift—the translation of all matter into the realm of heart-centered, fourth-density consciousness—is not known. It depends entirely on how much the pioneers of human consciousness —people like yourself—develop their own heart-centered awareness in order to open that pathway in consciousness for more people to follow.

One of our greatest gifts we can offer humankind is to stay the course in our spiritual awakening. Stay the course by focusing on heart-centered consciousness regardless of events that conspire to fill people with fear, or a sense of lack, or any other situation that conspires to shrink your field of consciousness. Then, as our journey opens the necessary pathways in the global consciousness, The Shift will happen sooner rather than later.

Owen K Waters is a lifelong mystic who started his search for spiritual truths in 1963 when his interest was awakened by an out-of- body experience. In 2005, he wrote his first book, The Shift: The Revolution in Human Consciousness. Shortly afterward, he was approached by an angelic being who revealed the answer to the longest-standing mystery in spiritual philosophy, namely WHY the universe was created. In 2015, he turned his attention to documenting his collection of realizations for the benefit of other spiritual seekers. His particular contribution is the presentation of the concise definitions and clear spiritual principles which have been revealed to him over the years. These enable other spiritual seekers to step forward with relative ease into a more enlightening and purposeful life in this bright new era. He writes a weekly newsletter at www.SpiritualDynamics.net.

I love your poem Ishema. Thank you for sharing it.

When I read Owen Waters' message, I remembered I had been there before and I knew we would get through this period too. I did need to go back to my poem and change the decade in which I was seriously studying metaphysics, though. It was the seventies.

"Once the mass shift to heart-centered consciousness has occurred, humankind will look back at this present era as something that was very different. Just as you mature and gain wisdom, you will view the past differently from the way you experienced it at the time. So, too, will we view the Old Reality differently as we gain wisdom in the New Reality."