New Moon Message - The Science and Logic behind the Great Shift, the 100th Monkey Syndrome and Intentional Fire Ceremony by Agon Shu

Whether it were coconuts, sweet potatoes or bananas, (it does differ who you talk to) back in the 50's scientist were doing studies on the Macaca Fuscata monkeys on the island of Koshima, Japan (but also in the Pacific). They observed the monkeys eating sweet potatoes with sand on it. Yuk. They taught some younger monkeys to wash their potatoes in a stream nearby, and gradually more and more monkeys started washing their potatoes, but the larger part of the clans, the older generations stayed with the 'sand grinding on the teeth potatoes'.

Then one morning without any reason or notice the whole island sat at the river washing potatoes! That made the scientist wonder and ponder. When asking around on the mainland of Japan they were informed, to their surprise that all monkeys decided to wash their food. And soon they learned that all type of monkeys even across the pacific Islands were doing the same. They figured that when a critical mass was reached within this homogeneous community of animals instantly a change in 'consciousness' or 'awareness' took place. Just like their collective mind had reached a certain limit and than flipped into this higher state of awareness.

Buddhist monks were of course laughing when they learned of western scientist who were trying to wrap their heads around this Monkey phenomena. These scientist were out to proof that this 100th monkey syndrome goes for all life, humans included.

Guess what they figured out? Indeed, something that the Buddhist knew and practice for the whole world for centuries; we affect Reality. However, if we tune in and do this work collectively, with conscious intend and focus, from a place of stillness, as they tested with Buddhist Monks and various TM groups during 1972, 1975, 1983, 1984, 1985, 1988, 1993, 2005... Yes, indeed crime rates, terrorism, fear, hate and all the other 'sand grinding on your teeth' stuff starts to decrease, significantly. You can even get an exact number of attuned hearts and minds needed to Shift reality for the collective.

Yes, it has become, rock solid, science: When you take the square root of 1% of the worlds population, and you hold collectively a intention, focus from a point of stillness and love, you are affecting the collective mind 100%. The deeper your state, or the higher the frequency your working on or from (sitting on our Human Grid for example, the more profound the effects will be.
Knowing this is extremely empowering and inspiring. You are thus, by partaking in the Full Moon tunings, broadening the bandwidth and the access to our new grid, for all of humanity. As we approach Zero Point and will all have to make the 'jump' into a new way of perceiving reality, know that you ARE configuring the roadmap, you ARE curving the 90 degree turn we're about to make. In doing this you are preparing, your body, your mind and your heart to be in this Shift. Any Questions? This is solid stuff.


Now that you know this, be sure to attend from within your heart while watching online the Sacred Fire Ceremony and Aura transmission for Global peace, love and harmony held in Kyoto, Japan. Kiriyama Kancho, from the Agon Shu Buddhist tradition, and Don Alejandro Cirilo Pérez the Grand Elder of the Living Maya, are joining paths, focus, intention and massive authority to broadcast into the collective mind/grid energies and prayers that will change the direction on our collective roadmap.

Comment by Myriel RAouine on November 6, 2010 at 8:58am
Thank you for this wonderful post, dear Sjoerd! I will participate and I am looking forward to be connected to you and all who will participate as well :-)

PS.: You findmore information on the ceremony at our events as well :-) And this is the latest discussion I posted with the MANTRA you can use to prepare for the ceremony.

The Mantra
The mantra, which is meant to purify and prepare for the reception of wisdom transmission: 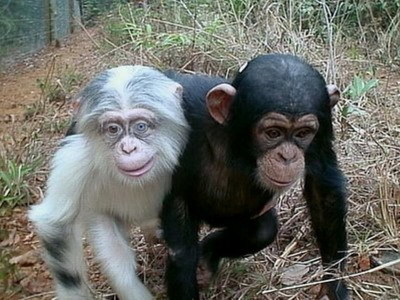 Comment by CrystaLin Joy on November 30, 2010 at 12:40am
Thank YOU, Sjoerd, for this delightful and very profound post! Your information is the best I've read in the last 20 years! The veils are thinning! ALL will come to Light soon. Many Blessings to YOU. With Infinite Love & Light, CrystaLin Joy

THE KEY TO UNLOCKING THE DOORWAYS THAT EXIST WITHIN YOUR CONSCIOUSNESS:

THE KEY TO UNLOCKING THE DOORWAYS THAT EXIST WITHIN YOUR CONSCIOUSNESS:- You have begun to explore the far reaches of your consciousness. Your consciousness has many layers to it, and as you open yourselves up to the truth that you are…