Meditation on the Gulf situation

Meditation on the Gulf situation

It is the joyous night of the Gemini Full Moon, and I decided to do some extra meditation tonight. I went outside in the twilight, asked the Four Directions for assistance and protection, and gave my Love to Earth Gaia under my bare feet. It's overcast tonight--couldn't see the Moon.

I connected with the Ancient Grandmothers and the Light Grid that is held over the Gulf region and the Sacred Beings that are here to help hold the light.

I saw a very strong vision of the Gulf as a pelvic space, Florida and Mexico being the hip bones. Mother Earth is bleeding from the womb. It's like in the old days when women gave birth and something went wrong. The surgeons didn't have the knowledge to stem the bleeding, and the women sometimes bled to death. This is the same scenario.
Also, I know from experience of the city, that New Orleans is a very female kind of vibration. She was hit right in her femininity by hurricane Katrina, and now she's bleeding from the same place. Purging. Healing the feminine principle that has been subdued for a very long time.

The sum of this is a revelation that we might stand at the very threshold, Right Now, to move into the new earth. Not on July 17-19 (as stated as the dates to make your choice for the new earth versus the old one.)
If you look at the States as a map, up from the womb spreads the fertile farmlands, the aorta being the Mississippi, also polluted at the delta The left brain is the Northeast, with New York City being the clenched fist of "A personality activity" and LA being the right brain with creativity, but also over-heated activity that sometimes borders on madness.
On her shoulders lie the massive mountains of Montana and the Rockies, but also the great Lakes in which she dreams. The mountains are our guardians, still holding strong. Gaia's healed brothers.
As Lake Erie was healed from being a totally dead lake, so can all regions be healed, through our concerted effort to hold the light and make the right choices.
I visualize the Gulf crystal clear with sun diamonds on the water as the dolphins jump and cavort, and the fish play among the corals. The birds fly with joy and health. It's so clear you can see the bottom at one mile deep. Gaia is laughing with happiness, because she has resurrected after letting go of all her polluted blood.
When I look at "reality" and hear the dire news, I know that She has already resurrected, and I'm with her because there's nowhere else to be. Or to go, because there are no answers in the old reality; there will be no answers.
The choice is NOW. Be resurrected now. I feel as if I'm floating in a void, but there's no going back. I hold fast to this new vision that is not a vision any more. In this One Focus I can see Her in all her glory, and BE Her.
She is giving us new life....

Comment by Ishema, Carol Suchecki on May 28, 2010 at 10:50pm
This message resonates with me completely. I have been watching CNN and Free Speech TV, and never have I seen anything touch the hearts and consciousness of the US as this flow in the Gulf!

I have also been reading Maria's posts; She has great love and commitment to healing the Gulf!

Comment by Myriel RAouine on May 29, 2010 at 12:16pm
This is not only heart touching - it actually rflects exactly my own experinece!

At about a week ago it was, when during a healing session after the lightgrid connection I got the picture of the Gulf area as totally CLEAN, healthy, vibrant with LIFE! Then I realized that this was REALITY - only that we in the reality we've chosen to live in, are not ready yet to LIVE this vision! We have still lessons to learn from this desaster collectively and therefore we are not allowed, yet, to move into this parallel reality ... which already exists!!!

Thank you so much for sharing, dear Carol, this blog encouraged me to share my own experience as well and I think it's really time to shift our perspective: it is DONE!!! Let's envision what shall be, return to a child's perception of reality when playing: let's do as if ... the most magical tool of all!

Love, Light and BLESSINGS to All, and especially to Mother Earth, Her Oceans and Waters and sea creatures! 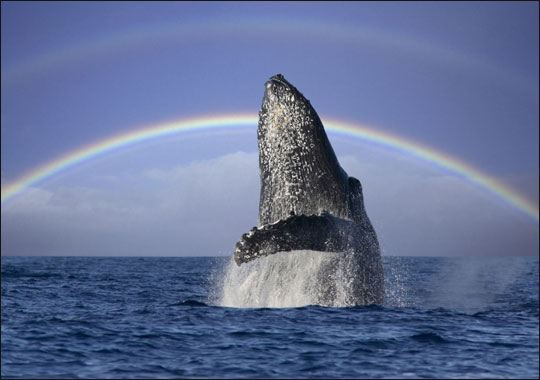 I am sending prayers to great spirit for healing energy for the Gulf of Mexico and all who depend on it for a living and all that live within it's waters and that they be protected and all be embraced in healing energy.

Comment by Ishema, Carol Suchecki on May 29, 2010 at 5:31pm
Welcome to this site Maria! I am most grateful for your beautiful meditation, posted here by me.
And, yes I will ponder on accepting my dark side as well. Carol