There has been an earthquak of 6.5 in Japan, but the big one that is suppose to rock more than Japan is expected this weekend. I am just the messenger, but I ask for your prayers to be sent "all around the world" as we are all effected by these changes. This kind of news hasn't made it through the media in many places and as we know, so much is hidden.
Let's hope that all people/animals/children are as protected as much as possible. Many may leave this planet, so let's pray for thanks of their service for the time they spent here & they can be released. 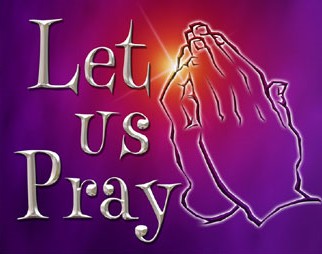 The following is an email I received. Now some you you might go into squabble, but I am just giving a heads up. The time factor may be up to Gaia, yet we all know that a "shift of Ascention" is in the making. There have been enormos volcanic eruptions that have been going off around the "Ring of Fire" which has led to this moment in time.

This Sunday's July 24-25 Great Quake of 9.5-magnitude (with accompanying super-tsunami) will tie the world record for the largest-ever earthquake.
(That other world-record earthquake was in 1960 in Chile: the Valdivia (Great Chilean) Earthquake. Details of what the effects were like of that Valdivia 9.5 Earthquake (also along a coastline) can be found below * ).
The time when this Super-Quake will strike Japan is now indicated to be between 8 pm Japan Standard Time, Sunday (July 24) and 3 am Monday (July 25), with the greatest probability being the 12:00 midnight hour between Sun. and Mon. Note that 12 midnight Japan Standard Time is equivalent on the U.S. West Coast to 8 am PDT tomorrow (Sunday), on the U.S. East Coast to 11 am EDT, in London, UK to 4 pm BST, and in Greenwich Mean Time/UTC to 15:00 hrs.
I have taken the energy reading of the upcoming July 24 Japan Great Quake and pinpointed its location.
The July 24-25 Earthquake's epicenter will be in the Pacific Ocean 100 km (62 miles) off-shore east of Minamisanriku, a village along the northeast coast of Japan's main Honshu Island, and 60 km (37 miles) northeast of Sendai.
The Big One (9.5) IS going to occur Sunday night July 24 (Japan time), IS going to generate a bigger Tsunami than the one in March, and all that combined quake-tsunami chaos will strike when people are asleep, it is pitch dark outside, and the few lights on will no doubt go out. Terrifying it will be.
Concerns about the Fukushima nuclear-plants complex are well founded. And the Fukushima complex will finish being destroyed/self-destructing after this Great Quake and Tsunami. Also, "ground-zero" Minamisanriku is only 25 km (15 miles) north of the Onagawa nuclear power plant, already somewhat damaged by that March 11th monster quake which severely damaged several nuclear reactors at the Fukushima nuclear power plant complex. And this July 24-25 Mega-Quake will be five times as strong! The Japanese Government should shut down the Onagawa nuclear plant that weekend as a precaution.
The July 24-25 Quake will cause ground shaking 5 times as strong as on March 11. Since Tokyo is only 320 km (200 miles) southwest of the epicenter, Tokyo can expect to receive some damage this time.
There will also be resulting tsunamis very much larger than those on March 11th . For some idea of the scale of potential tsunami effects, see the description of tsunamis created by the other 9.5 Great Quake, in Chile 51 years ago (below)*.
This July 24-25 Quake will be caused by a larger tectonic plate movement than caused the earlier quake on March 11th: the violent sudden subduction of the Pacific Plate edge under the Okhotsk Plate that Japan rests on, with additional pressure provided by the Philippine Sea Plate at the area's triple-convergence zone.
How can people on Honshu Island, Japan prepare for the truly Big One coming this weekend?
They have had a learning experience from the Match 11th quake. All the prudent precautions one takes in a major earthquake are in order. Since the timing of this 9.5 Quake is known, if I were living on northern Honshu, I'd make sure not to be in, or sleep in, a building made of rigid unyielding structure such as masonry or steel that weekend. Near the epicenter, even being in a wooden house might not be safe enough. One can always sleep outside that weekend; it'll be warm.
Then there is also the issue of the much larger tsunamis coming this time. Using the 1960 Valdivia 9.5 Quake as a model, it generated local tidal waves 25 meters (82 ft) high. But in the March 11 Japan 9.0 Quake, tsunami heights varied widely depending on topography, and ranged up to 30 meters (100 feet) high. Since the upcoming July 24-25 Quake will be 5 times as strong, even larger waves may be expected, and may travel farther inland.
Thus in addition to staying out of places subject to failure in the earthquake, north Honshu residents would do well to stay away from low-lying coastal areas that weekend.
As for other countries' citizens living near the Pacific, it would be prudent for you too to look up the tsunami warning map put out by USGS 's Pacific Tsunami Warning Center right after that July 23rd Quake hits, at: http://ptwc.weather.gov/?region=1. That map will show you where a tsunami propagated from Japan could strike. And this time the wave heights are likely to be much higher than on March 11th. So, even people as far away as coastal Alaska, Hawai'i, the Pacific coasts of North, Central, and South America, Australia (Queensland/Gold Coast), New Zealand, Indonesia, and the Philippines should inform themselves about potential oncoming risks.
The people of Japan have been through a lot, but it's not over.
Let us all keep open a heart of compassion for all the Japanese (and others) affected, and send them healing and supportive energy. Their trials are continuing.

HOLDING YOU IN THE HIGHEST
Namaste
Sunspiritsmiles

It was not last - but this weekend that the earthquake - limited in its power to 6 - has struck ... The whole Ring of Fire needs our Healing ATTENTION ...

I will work on it - THANK YOU!