HOPE has the POWER to help us achieve CHANGE against all odds!!! Ugandan Parliament Outlaws Female Genital Mutilation

I just got a newsletter from Care2Causes and found this hope spreading message there, which I'd like to share with you here: 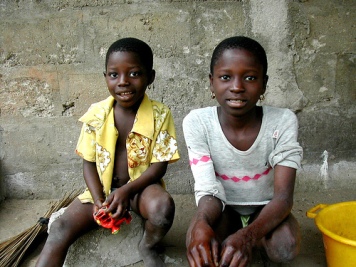 It's one of the least talked-about crimes in existence, and with good reason: no one wants to discuss something as horrifying as female genital mutilation. And yet, the tradition is still practiced in corners of the world that rarely see any attention, and little to nothing is done to stop it.

Sunday we recieved one good piece of news in the fight against this practice: the Parliament of Uganda has criminalized the practice of female genital mutilation, which is practiced in remote corners of the country. The recently passed bill criminalizes the practice and says that offenders can be imprisoned for five to ten years.

A few members of the Ugandan Parliament also appealed to government officials to increase education by creating female boarding schools in areas where female genital mutilation has negatively impacted females' levels of access to education.

It may only be one country right now, but this bill is a big step towards protecting and improving the quality of life for all women in Uganda -- and hopefully, it will be a catalyst for other countries to start pushing similar legislation.


Hope is always the best weapon if things apparently move the wrong direction. So don't give up hope concerning a real CHANGE in environmental politics, as well!

Love and Hope to ALL on this BLESSED YULE DAY,

Comment by Myriel RAouine on December 21, 2009 at 3:59pm
Yes, it is!m And there will also be steps taken in the right direction concerning environmental politics, I'm sure!

Wishing you a WONDER-FULL YULE Day,

Comment by Myriel RAouine on December 21, 2009 at 6:30pm
Just got this message from Avaaz which expresses exactly what I felt concerning Copenhagen, as well:

It's been a tough ending to an amazing week. In all-night negotiations, leaders have reached a weak agreement in Copenhagen that fails to set the emissions targets needed to prevent catastrophic global warming. The agreement was stronger on funding, but it was not binding, and set no urgent deadline to sign a real climate treaty. Big polluters like China and the US wanted a weak deal, and potential champions like Europe, Brazil and South Africa didn't fight hard enough to stop them.

But while leaders failed to make history, people around the world did. In thousands of vigils, rallies and protests, hundreds of thousands of phone calls, and millions of petition signatures, an unprecedented movement rose to this moment. After hearing the result of the talks, one member from Africa wrote "It takes a lot to get an elephant moving, but when you do it is hard to stop...the elephant is moving..."

Despite the outcome, Copenhagen has built the movement that can win the fight to save our planet. Click below to say "thank-you" to all the other amazing people who participated, see pictures, video and reports on what we've done in the last week, and join a global, instant translation multilingual live chat where we can all exchange words of wisdom for the road ahead:

In just the last week, we've organized thousands of vigils and events in 140 countries, an enormous multi-million person petition, and dozens of national phone calling campaigns that made thousands of phone calls. We've generated thousands of news articles, organized peaceful petition-reading sit-ins at key government buildings, and ran several high level stunts and events at the summit itself.

On Wednesday UK Prime Minister Gordon Brown requested an emergency conference call with Avaaz members, telling 3000 of us: "You have driven forward the idealism of the world...do not underestimate the impact on the leaders here". Nobel Laureate Desmond Tutu personally appealed to us to take up the torch of causes past and never give up.

This weekend we saw that the fight to save our planet cannot be won at a single summit. But we also learned what we're capable of, when we all come together. If we stay together, nothing can stop us.

With hope and gratitude,

PS - There were some opening champagne in Copenhagen today. The polluting industry lobbyists and corporations -- those who have captured our democracies and divided our leaders -- celebrated their victory. They operated quietly in the shadows, but their voices were loud in some politicians' ears. As they drank their champagne their one concern may have been us - the potential of our new people-powered movement. In fact, they're already launching an attempt to silence us, and next week, we'll take our fight to the heart of this powerful polluter lobby - watch out for the email...

It's really up to US to CHANGE the world, isn't it?