Event with Drunvalo - Relaying News From the Mayan regarding 2012

Event with Drunvalo - Relaying News From the Mayan regarding 2012

More Important News regarding an upcoming event with Drunvalo, where important information will be relayed to all present.. again forwarded by our brother Eckart..

Drunvalo is giving a live broadcast world-wide on May 26th 2010.

He will give news from the Mayan what will come till 2012.

I believe he has some interesting things to say, he always has.

Love Light and Peace to ALL THAT IS 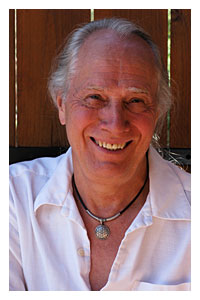 Many of you have asked for International consideration - “Thanks” to our sponsors http://www.humicin.com and ESO.TV the broadcast is now being prepared for our Global Audience in multiple languages and will be aired in multiple International time zones.
Exact Broadcast Times and Early Registration information is now available at: http://www.drunvalo.eso.tv/the_birth_of_new_humanity.php

To see this video and the first broadcast video of “The Maya of Eternal Time" Click Here:

In this next broadcast we are going to enter into ancient Atlantis because it is where our story begins. And is something that must be done simply because this is exactly where our present-day troubles were created.
Long ago, over 13,000 years ago, the human grids of consciousness began to collapse and humanity began to lose their higher consciousness. It is what the Bible called the Fall. Something had to be done or humanity would end up no higher than the animals.

But as the Earths axis shifted to a new location and Atlantis sank below the ocean levels, and the Maya, Kogi and Arjarcos headed in their boats to new lands, humanity also began to sink below the levels of awareness that were once achieved. Men and women more advanced than we are now quickly became hairy barbarians with not even the knowledge to light a fire. Their Mer-Ka-Ba fields, their light bodies, had been shut down leaving them exposed to the effects of the Earths magnetic field having been shut off. The memories of humanity were erased.

In a far distance place a decision was made, and a global project was begun here on Earth to bring the humans back to their rightful consciousness level, but it would take 13,000 years, to where we are right now in time. And what Life knows is that to save a race of beings in this way doesn’t always work, but this time it did.
This is the true story of how certain humans who were exempt from the Fall, rose to the occasion and long ago began to develop massive Earth geomancy to recreate a specific human grid of consciousness that surrounded the Earth so that someday humanity could return to the higher levels of consciousness they had once achieved.

Every life form on Earth must have a consciousness grid that completely surrounds the Earth in order for it to exist. Without these grids, there is no awareness.

Beyond 2012 indeed! We as the human race are just beginning. Again.
And I am honored to give you this wonderful news.

From my Heart,
Drunvalo Melchizedek

INTERPLAY OF ENERGY:- Having heard and seen the testimony of the natural order, having moved upon the foaming waters and danced atop the tallest, loneliest pines, the soul is convinced that the beauty and the abundance of life, so variegated yet…

THE DISCREPANCY BETWEEN REAL AND THE SYNTHETIC IMAGE

THE DISCREPANCY BETWEEN REAL AND THE SYNTHETIC IMAGE:- Between the dark of the synthetic image into which man fell and the daylight of the Founding Image in which he was created, there is a discrepancy of color, light, sound and symmetry. And out…

THE MASTER STRATEGIST OF FREEDOM

THE MASTER STRATEGIST OF FREEDOM:- Rebirth and revolution – flame that leap into the air – are kindling minds and hearts here and there. Men are looking for renewal, and in the process they are wont to kick over the traces of their karmic…

CHANGE:- Some desire change in government and society for selfish reasons, to reenact the age-old dramas of personal and national glory, wealth and the control of power blocs; others desire change as a means of liberating peoples from, strange…

Era of Peace Activity of Light: The Violet Flame of a Thousand Suns