The Light Beings have stated something that they rarely do: that this is a time of emergency on Earth. As such, it is important that as many people as possible work at visualising peace on our planet. We need to be aware that each and every single person who visualises peace, love, harmony and happiness existing between all the people of Earth contributes significantly to the manifestation of exactly that.

It is imperative that we concentrate our visualisation orientated peace efforts on the entirety of the Middle East at this time, as well as elsewhere and within ourselves. The Light Beings have commented that Earth is extremely delicately balanced right now, and that our ability to visualise peace is sufficient to support the dissipation of the looming crises in this area. Conflict in the Middle East is nothing new, as it has been an area of strife and stress since ancient times. These ancient patterns of behaviour have continued to be recreated again and again, and this is the reason that the regional unrest continues in our modern day.

Nevertheless, it is now time for all these ancient, and very negative, patterns to finish. There is no need for people to continue repeating them. We are in an Ascension process, as humanity and Earth, and we have the perfect opportunity to finalise all the pain and suffering that has predominated on Earth since the fall of man and of the Angelic Being ENLIL. This process is supported by ENLIL'S own rapid advances into the Light of redemption at this time.

We can take the opportunity that ENLIL'S Light recovery process offers us and use it to further our own progress. Knowing that this is happening - that the Fallen Angel is recoving from his fall - means we that we too can shift as dramatically. Therefore, there is no need for any human being to feel insecure while that which previously underpinned darkness shifts. The energy of archetypical darkness has changed, and has become Light. Nevertheless, it is bound to happen that people feel unsettled at this time, especially those whose intentions concentrate on power over others and greed.

The deserts of the Middle East area came about as a direct result of the nuclear war in ancient times. The fact that these areas were previously lush and abundant with life and that they are no longer, is testament to the devastation that the Middle East and North Africa have suffered. These desert regions are the result of nuclear warhead detonations, and we, as modern man, are in danger of repeating those ancient catastrophes. The human anger that creates this is as unnecessary and as it is unproductive.

Earth cannot tolerate any more unnecessary upsets, and certainly nothing as energetically and physically devastating as a nuclear war. Under such circumstances, the energy unleased would damage the whole globe. We would be naive to imagine that only the Middle East would suffer. The climate of the entire globe would be negatively affected, and every human being would suffer, including you and I. Hunger would prevail and crops would fail. We don't need any more of that. It is, therefore, highly beneficial to help to create peace and harmony amongst apparently opposing peoples - for the good of all.

Let us use this opportunity to not only visualise all the world at peace, but ourselves at peace too, while intensely concentrating our efforts on the Middle East,.

Let us visualise our families, work places, and suburban neighbourhoods at peace.

Let us visualise an abundance of food for everybody on Earth.

Let us visualise blind anger being replaced by love in the hearts of the people of troubled lands.

Let us visualise everybody's hearts, including our own, glowing with the Light of love.

Let us visualise the Ascension Chakra (just above the base of the skull) of every single person glowing with the Light of Ascension.

Let us visualise leaders of Light, whose hearts sing with love.

Let us visualise previously warring people raising their hands with the classic ''V sign as a greeting of peace.

Let us visualise all people of the Middle East, and then of the entire world, looking at each other with love on their faces; love which reflects the love in their hearts.

Let us visualise the happy result of this peace, as we live in Bliss on Earth.

Thank you so much - this is exactly what I have been feeling for some time now and asking for in the latest broadcast message: 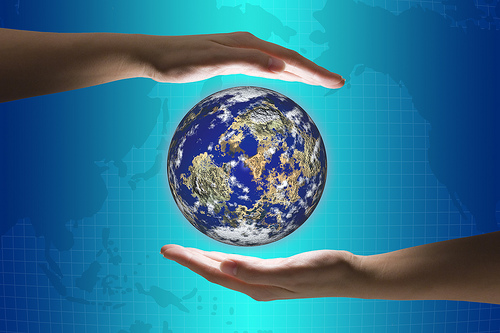 UNITED we stand - praying and chanting for and meditating on PEACE!

I think many people have been feeling and picking up on this. So, my suggestion is that we ensure we keep our eye on the peace trophy and not let all the fun of the Olympic Games distract us from the more serious issues which are around at the moment, (and, of course, still enjoy the Games, but with an easier heart).

Here some disturbances is apparent but I think This is now the demand of our Time.....

We should send peace always where there is chaos... 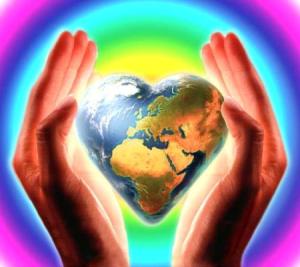 Yes let us anchor the joy and cooperation of the Olympics and thus spread the light of love around the globe, especially the Middle East. Visualise Peace.  L&L Renate

Well put by everyone, an idea presented in another post about how all the fighting throughout or world is affecting the health of our planet, and another important aspect offered here...pretty frikin scary shit...the nuclear and chemical weapons... good to at  be able to send our love... XXO.  Amanda

You were right Sonja.  xxxx