Only one thing stands in the way of a life lived daringly and that is our old friend fear! Whenever we do something daring it goes without saying fear is involved. If we did not know fear we would never need to take risks, never need to go to ‘the edge’, never step outside our comfort zones, never dare to live! Hence the idea of courage.

Courage and fear have therefore grown up together. They are frequent adversaries in ancient myth and legend, and the real stars of a thousand heroic tales. All good novels and great movies have a ‘hero moment’ when fear is faced and courage wins through. Traditionally courage means facing your fear, going through your fear, and thereby disempowering the fear.

The ‘warrior hero’ consciously chooses to face and fight his foe. His preparations are as much about mental focus as they are about physical strength. The ‘soldier hero’ however is not quite so courageous and often lacks any focus at all. He is following orders to face and fight, or there will be repercussions. The ‘soldier hero’ is often traumatised by the heat of a battle that he does not choose.

Then there is the courage of the ‘fireman hero’ who goes into the blazing building as everyone else is coming out. To his courage we pay tremendous respect and gratitude. The ‘entrepreneur hero’ on the other hand, will take such risks that all may be lost on one wrong turn or bad decision. Hence the history of most successful entrepreneurs is often littered with many failures from which some will rise and have the courage to try again and again. Then there is the false courage of ‘the fool’ who enters the sandpit full of vipers unable to grasp the simple logic that one bite and he is dead. The fool is no hero and his bravado will probably be his demise. Towering above them all is the less visible courage of the ‘angel hero’ who is remembered for bravely ‘going where others fear to tread’ while staying invisible and unrecognized during their moments of heroism.

There are essentially three daring ways beyond fear.

The first is to face and go through what you fear. It’s been well researched and discovered that for the vast majority of adults one of the greatest fears is speaking in public. Most people consider speaking to a group as a daring act requiring much courage. Some will even partake of a certain ‘dutch courage’ in order to do so! Yet there is only one way to diminish such a fear and that is to do it repeatedly until levels of comfort and confidence are developed. Ask anyone who seems to orate with ease in public and they will likely confirm that they have been through a process of extreme anxiety, if not panic, on their way to a smooth and confident ability. They dared to face their fear and go though it.

The second way beyond fear is to work with a deeper definition of courage, a definition that sounds like this. ‘Courage is the ability to let go of the illusion that the fear is real’. Which means to realise all fear is not based in ‘reality’. All fear is a projection of future loss. We imagine we are going to lose something in the future. That could be anything from objects to people to our reputation. This speculation can be made to appear ‘unreal’ when we realize that we have nothing to lose because in ‘reality’ we cannot possess or hold on to anything. This means we have to dare to challenge the conventional beliefs we have assimilated i.e. that possession/ownership is both possible and necessary to a happy and successful life. We may dare to ‘think’ we truly have nothing to lose but we may not ‘say it’ so easily for fear we may be seen by others as slightly unhinged and therefore LOSE our reputation if not their approval! Which means we have not yet fully ‘realized’ we truly have nothing to lose!

The third way of being courageous goes even deeper still. It is to ‘notice’ that behind any fear that we create there is not only something that we are ‘attached’ to but in the ‘moment of attachment’ we are using the attachment to define our ‘self’. All attachment takes place in our mind as we create ‘images’ of things, people, places, ideas etc and then attach our ‘self’ to them…in our mind. In this moment we also lose our sense of identity in the object/image of attachment and that’s why we ‘react’ fearfully as soon as anything seems to threaten or damage the object/image of our attachment. In other words the ‘reality’ of the self is lost when the self identifies with some thing that it is not. This is why non-attachment is the basic practice whereby we stop losing our self in anything that is on our mind. We can only be our authentic self when we are free of all attachment. There is then no reason to create fear. Once again it’s easy to see in theory but it’s challenging to practice if only because one of our deepest attachments is to the belief in attachment, that attachment is OK, even healthy! We just don’t find it easy to see the connection between attachment and fear and between attachment and misidentification.

Whichever way we look at it, the ‘enlightened courage’ that we seek in order to live a fearless life can only emerge if we let go of our belief in the possibility of loss by realizing we cannot hold on to anything in the first place. Perhaps the greatest fear is loss of life and some would say our fear is then justified. But what is life but the self. We/you/I am life, it’s not something separate from us. And the one thing we cannot lose is our self as the self is the one thing that is not a thing!

So we are left with a choice. It seems we can either become more aware of the ‘unreal’ to which we give the status of reality. Which means clearly see what FEAR really means- False Experience Appearing Real - be the our own ‘hero within’ and let go? Or we can continue to sustain the more common meaning of fear, which is Forget Everything And Run!

In reality, once the fear is gone then courage is not required. Within our heart (our self) we are no longer splitting our self between all our attachments and so the wholeness of our heart (our self) is restored and only then can we ‘live’, which really means to ‘give’ of our self, wholeheartedly, fully, completely, enthusiastically.

Question: What is the greatest act of courage you have ever seen and why – ask three other people this question this week and develop a discussion around what it really means to be courageous.

Reflection: Recall specific examples from your own experience when you have gone towards and through some situation which you were previously scared to face.

Action: Pick three areas/triggers which regularly trigger fear this week and experiment with new kinds of courage based on the above. 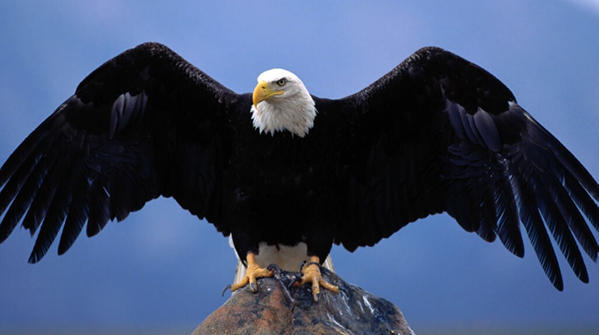 EIGHTH, NINETH, TENTH, ELEVENTH AND TWELVETH RAYS:- Ray Eight, Ray of higher cleansing, clean out characteristics and qualities within self that one no longer needs and wants to get rid of, seafoam green color luminosity. Ray Nine; Ray of Joy,…

THE INTEGRATED ASCENDED MASTER:- “ The Integrated Ascended Master” who may still have a profession in one of these areas, but they do it fully operating out of Mastery and Integration of all Seven Rays! No matter what your Ray Configuration, and…