Autumn, another season of changes

Autumn, another change in seasons

Autumn, another change in the seasons, except in those countries they don’t know the 4 seasons, there is only heat or heavy rains, like India. Or the heat in several countries in Africa, with their deserts and savannas. What to say about the Caribbean, where winter has the same temperature as the spring and sometimes summer temperatures are over here in my country at the sea.

What is there to say about autumn, other then it is a way where nature starts making up her mind to be prepared for wintertime. Leaves are coloring and falling on the ground, creating a fertile layer of compost. The trees dropping their fruits, like the oak tree and animals are gathering food from the grounds, to be prepared for those days in winter it isn’t possible to find food. The change of the colors is a beautiful sight. The way the Sun is affecting the Northern and Southern Hemispheres for one.

It is mind baffling, to see how others are celebrating traditional festivities in different seasons, also different ways. The natives have their way to connect with Nature and have their rituals as well to pay respect to their spirit guides so to speak.

Asking for their support and thanking them as well for all they have provided. Thanksgiving is one of those rituals as well in the United States that also celebrates all the good things that have passed over the season. These celebrations were always with the community or family gatherings.

Autumn reminds us that our bodies, minds, and surroundings are always developing. It focuses on the impermanence of life, emphasizing how vital it is to embrace the present. By doing so, we can savor what we have before it is gone. Like we find in the song of Eva Cassidy, Autumn Leaves, it also has its effect on our mood and spiritual connection with the season.

I can only speak for myself regarding the lyrics of the song, how the changing of the season from summer to autumn has its impact on me. I can feel the change in the outside world, when the harvest has started, as well the leaves are falling. The way Nature prepares itself for winter to come, moving inward. So does my sense of being also changes, something gives away when the seasons turn?

It is not set in stone on which date that is, as it is not the same all over the world, it all depends a lot on where you are born as well. For me autumn was always the season to go outside with the kids to pick up leaves from the different trees, the mushrooms we found and were able to pick. The teachings and learning that came with that process are linked with my own upbringing as well. Now the grandkids are going through the same experiences. All those ancestral lines are coming together and brought into the future.

It is important to connect with nature, be aware of the changes because we are also connected with it on a physical, mental, emotional level. Our inner life is deeply connected with the seasons, the way most people are not even aware. Yet we are also in connection with spring when nature is opening for a new life. For summer when the temperature is rising, and our life is more outdoors and is also our holiday season. Then we enter Autumn in September, when days are getting shorter with the sunlight, the harvest comes from the acres.

Autumn as a change maker, when the time we spend outside is shifting because the temperature is dropping. This creates also a different way to spend time with family and friends. No longer sitting outside with each other, family life is changing as well. The daily routine is changing as well. Schools start their new school year as well, so children are going through the next phase in their life. Maybe my view on the seasons is too much connect with my own interpretation living on the northern hemisphere of our planet.

I am accustomed to the 4 seasons, which brings in the wheel of nature, spring as birth, summer as growth, autumn as harvest and winter as a more dormant life. Animals are adjusted to the different seasons and they know what to do, what do leave, how to prepare. Birds are flying south when the autumn season starts to avoid the cold winters. Other animals make sure they have food in storage before the winter starts. Especially in this autumn period, it may seem something gives, yet it also brings in a new and different energy.

We as humans, also turn more inside within ourselves, to see what we have grown, to harvest what we have sown as well to prepare for the days where the light will be less prominent present. Slowly saying goodbye to the summertime, family gatherings outdoors and holidays spent together. We slowly adjust to the next season of the year, where autumn is a change maker, and something gives.

Yet is also presents new possibilities and gatherings, while loving the abundance of colors when the leaves turn into gold. A beautiful present by Nature, each season has its own beauty, autumn is the one with the golden and red/orange abundance of colors. When something gives, something new present itself. 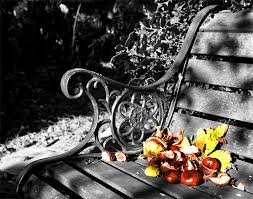