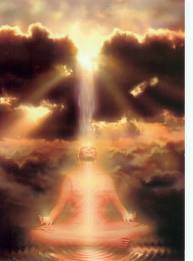 If you have been on my mailing list for a while, this message will look very
familiar, but please read on and participate if you can. :-)

Our next big "window of opportunity" to empower a positive reality for
humanity is the Summer Solstice, June 21, 2013.

December 21, 2012 was just the beginning of the process of transforming this
world and restoring the light of freedom to Earth, NOT the end.

If you have felt discouraged that "nothing happened" on 12/21, please
understand that the millions of people focusing on a better world on that
day created significant shifts in 4th density that have been effecting 3rd
density in numerous ways. Old power structures are crumbling rapidly, and
more people than ever before are "waking up" to the world that has been
pulled over their eyes as a result of these energetic shifts.

The power of collective focus on a single objective is more powerful than we
can currently comprehend. In the energetic realms, "many hands make light
work" just as in the physical world, and it is up to all spiritual beings,
meditators and people who simply want to live in peace to come together and
focus on peace, freedom, abundance, evolution and wholeness being restored
to humanity in order for this reality to manifest. We could truly pick any
day to focus our collective will on freeing the world from its current form
of slavery, but more energy is available for us to work with on solstice and
equinox dates.

The "negative elite" know about the increased energy available on these
dates to empower their focus, but have kept that knowledge largely obscured
from the world while performing abominable rituals in secret to empower
their dark agenda of keeping humanity ignorant and enslaved. When we focus
our energy on the goals of true freedom for humanity, we change the 4th
density environment to match those goals and thwart the dark agenda.

Right now, the 4th density environment of planet Earth is still quite dark
in many locations, but there are also areas that have been restored to align
with the incredible love, light and freedom of the Infinite Creator. This
restoration needs to be done to every "square meter" of Earth's 4th density
environment, because 4th density contains the templates for energetic
expression in 3rd density.

There are many areas below ground, especially in cities, which are still
heavily burdened with the infection of darkness and its ankle-biter minions.
Nonetheless, the progress we have made in the 4th density clean up over the
last two and a half years is tremendous. I hope someone on 4th density is
taking before and after pictures. :-)

This Solstice is Especially Challenging

In addition to the negative energy that the "nefarious-elite" will be
pumping out via their dark rituals on June 21, we also have a "super moon"
on June 23rd. The moon is still being used as a broadcast station for
negative frequencies, so we need to be extra vigilant during a full moon.

Because of this added challenge, I am asking all who can participate at this
time to do so for FOUR consecutive days. Each day on June 20th, 21st, 22nd
and 23rd, at any time of day or night, please take 30-60 minutes to sit in
meditative focus. Connect to your Higher Self, Earth's core, and the
Galactic core. Once you're connected, state your intent that you want to
serve as a Galactic Conduit to anchor as much transformative Galactic energy
as possible into the planet in order to facilitate the clean-up of 4th
density, and to help free all of humanity from its bonds of slavery.

Next, state your intent that the "dark forces" be contained in reflective
spheres of light so that all of the dark energy they are attempting to
broadcast will be reflected instantly back upon them. Let them experience
the repercussions of what they have been creating.

Then focus on the most ideal world that you can imagine where humanity
utilizes technology for the good of all, free energy powers our lives,
humans are connected to the earth, our food is grown consciously and
harmoniously with nature, everyone lives in good health, experiences true
freedom, has only peaceful interactions, operates from Service to All, and
embodies truly Ascended consciousness.

Thank you for being a part of true change and freedom.