The existence of an original civilization on the continent of Europe which predates the civilizations in the Middle East, has to a large degree been ignored by traditional history writers, particularly those who wrote during the dominant Christian era in Europe.

This was largely because of a biblical Judeo-Christian bias which held that all civilization started exclusively in the Near East (the biblical Old Testament deals exclusively with events in the Middle East).

This is not an accurate reflection of the facts, as in many parts of northern and western Europe relatively advanced societies were in existence either before or simultaneously with the Mesopotamian or Egyptian civilizations.

While it is most certainly true that the great cities and states in the near and Middle East were towering achievements, it is incorrect to regard them as the only flowering of civilization in the world at that time.

There are many huge buildings – called megaliths – and early Neolithic settlements, artifacts and burial sites and even writing, which show that the inhabitants of Europe were advanced in the evolution of their societies and culture.

Cereal grain farms were (re)established in central Europe by 8000 BC (almost simultaneous with the Mesopotamian “Fertile Crescent” River Valley crop cultivation) with some of the best preserved farming settlements in France and Britain having been positively dated as existing prior to 4000 BC.

Significantly, copper working had been established in the Balkans by the year 5000 BC – some 2000 years before the first civilization in the Mesopotamian River Valley.

In Neolithic Europe, where wood was abundant, rectangular timber houses were constructed. Some had two rooms and even gabled roofs. Remains found in Switzerland dating from around 5000 BC show that even on soft, swampy ground, the builders were able to erect houses by first laying down wooden foundations or on piles going deep into the ground.

By the year 5000 BC, Neolithic settlements had taken on the form of established villages, towns and in a few cases, even cities, scattered throughout Europe, western and southern Russia.

These early Neolithic farmers cultivated cereals, and kept domesticated animals such as pigs, cattle and dogs. Farms were established across the European continent, with some of the best preserved sites being found in Ireland.

Their tools and hunting weapons were mostly made of flint, and their houses of timber. Clothes were made of leather, and there is also evidence of weaving. Other small implements were made of antler and bone, and they have left many examples of fairly sophisticated pottery.

In many parts of Europe, the longest lasting remnants of this era are the megaliths (“large stones”) which may have had some religious or recreational purpose. Massive blocks of stone, and sometimes wood, were moved great distances and erected in chosen areas throughout Europe, from Britain right across the continent, some even as far as the Black Sea – in Southern Russia – a stupendous achievement. The most famous of these megalith sites is Stonehenge in Wiltshire, England.

The “Lux et Orient” or “All light comes from the East” dogma which Christianity introduced, held that all progress and civilization came from the Middle East. With accurate dating methods and intensified archeological research, it has now been shown that advanced civilizations flourished in Europe, sometimes thousands of years before similar technological advances were made in the Middle East.

The Bosnian Pyramid, Visocica Hill, is the first European pyramid to be discovered and is located in the heart of Bosnia, in the town of Visoko. The pyramid has all the elements: four perfectly shaped slopes pointing toward the cardinal points, a flat top and an entrance complex.

When You Recognize Your Own Song by Luna Arjuna

Sponsored Linksby Finer Minds  Wherever you come from and whatever your circumstances, I think that this code is something that we should all…Continue

Greetings from Galactic Heart,The message from Sasquatch is heartfelt and touched my heart. Their account of history and their call for us to take action is timely. This is a very long story and worth the read. It was my intention to stop and have…Continue

Map of the development of world religions

Check out this excellent diagram that maps how world religions have changed and developed, from the beginning of history to nowSimon E.…Continue

TheRevelation of the Pyramids - Eclipse Revelations - shared by Aluna Joy

AWESOME EQUINOX REVELATIONS... Documentary, Revelations of the Pyramids, dive deep into the ancient mysteries of the pyramids and their connections to other mega monuments of the world.  Seventeen minutes into the video, they talk about the great…Continue

ஜ ''Check Out *• Is Ison A Bible predicting four the future?...By Charles Marcello

Is the Bible predicting our future ...?...by Charles Marcello :First I would like to talk about comet Izon/Ison… According to NASA that comet will be up to 15 times brighter than our moon. Now, they are also careful to say the Size of the comet as…Continue

THANKS to Galina for sharing this video with us in the BLOGs section!According to the Hebrew Bible, Solomon's Temple,…Continue

The CODE - The Language of LIGHT Sacred Geometry

You need to be a member of Ancient Cultures to add comments!

We will find out ... the connection between the Altai Mountains and my place is feverishly worked on these days and nights, lol!

BLESSINGS of LOVe and LIGHT,

I have had visits the last two days from a being who feels very much Lemurian - which is my way to say that he looks like Claude Adama's brother or so, lol!

Well, he holds the energy of the Altai mountains ... but strangely he always appears in the WEST ... maybe because we will connect East and West on My 1st ... this is the only explanation I can offer at the moment ...

I know that if all this is of importance he will visit a third time - and then the time is ripe for my post.

And I can see the shaman you describe ... we will learn his language ... first communicating in signs - learning telepathy ... the language of the LIGHT. I feel the kundalini rising when I envision him... And I feel where the energy is still blocked ... this block is being MOVED, though ... it won't take long until the channel is open and kundalini will rise freely. 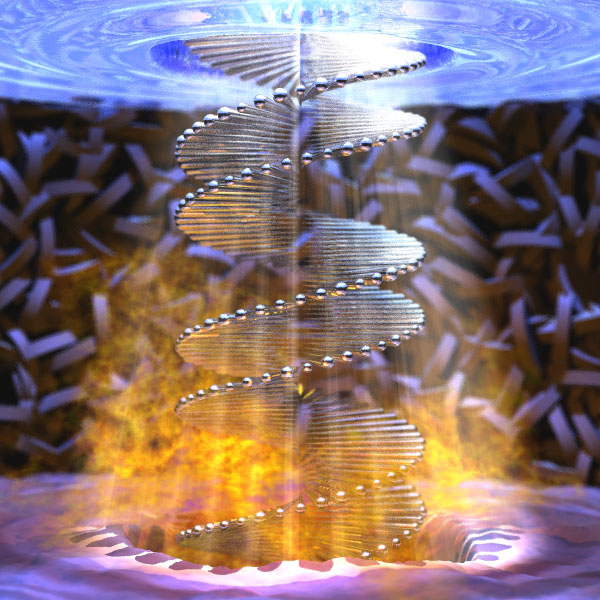 We will encounter much in the coming years of what WAS - as the re-membrances are re-emerging ... and together with these remembrances come the findings in the outside world, too ... until our realities will merge again ... first being accessible for those who are ready to jump time lines ... and finally we shall all be re-united again!

Have you heard about the concept that ALL TIME IS PARALLEL?

All we need to do is discrad the belief that it is not - lol!

I know this sounds much easier than it is, hahaha ;-)

But by imagining what this means we are already starting to enter these realms where time as we know it is NOT - and TIME is like a fourth dimension which allows you to travel freely ...

BLESSINGS of Love and LIGHT,

Very informative article, thank you for posting this Sonja. It is time for humanity to acknowledge there must have been advanced societies on Earth, long before Egypt or or other recorded places of history. I think many records have been lost with passing of time and government/ religious interference.

LOL So do I. Rick found it from my post. Someone on an other network set me straight.

It is so good, some of it must be true!

LOL - I liked the idea of the astronaut being there for one thousand years ;-)

Sonja!!!! Thanks for the truth serum! It hurts, but i suppose they cant all be timeless mysteries, haha! thanks for that info, i should be more careful when posting stuff like that.

Thank you for the invitation.