Every day we choose

To be happy or sad

can be hard to digest

But again, we can choose

how much we eat.

I think I’ve been eating

I’m going to put myself

“You are wrong”, he says. “The word Crone comes from chronological. It refers to a person of years, a female person.”

He is a very educated man. He speaks 6 languages, has 2 degrees. (I on the other hand have a few semesters of community college.)

Once when we were arguing, he tried to win by saying, “I’ve explained this to you in every language you understand, which is 1!”

I suppose he thought this would embarrass me, but I was already a Crone, and laughed at his arrogant, childish attempt to invalidate me.

So now I repeat myself. “No”, I say, “it means Crown. I know it does”. And I do know it, intuitively. Deep inside, from another time. It is a precious, beautiful word reserved for a woman moving into and thru the third stage of female being.

But I look it up anyway.

In the Woman’s Dictionary of Symbols and Sacred Objects, I find Hag, (hagia) a holy or wise woman, who knew the ways of nature, healing, divination, civilized arts, and traditions of the Goddess. “Like the word Crone”, it says, “hag once connoted an elder woman with the spirit of the Goddess within her, just as after menopause her “wise blood” remained within her body and brought her great wisdom”.

And in the book “Celebrating the Crone” by Ruth Gardner: “There was a time when Crone meant Crown, and a crone was called Wise Woman.”

I remember reading as a child about cultures who revered their elderly. “Noble one” or “learned one” they called them. Even “aged one” was a term of respect.

But not in my country.

Here age is something to be hidden, it is a “sin”. Lie about your age, have a “procedure”, starve yourselves so your belly can’t take on the roundness of a post-menstrual woman.

Cerridwen, the Crone of Wisdom by Aiofa

I am an old woman.
I am a Crone.
I am happy with that, even delighted.
I will not be ashamed.
I will love and honor this important phase of my life.
I will sing to the Goddess in gratitude for blessing me
with this most wonderful human adventure, old age.

What Peace Isn’t
by Candace Ross

There seems to be as many misconceptions surrounding the peace and social justice movement as there are the Pagan community. Being a member of both, I feel qualified to speak “about and for” these movements and our sacred connection. It is in fact, one of the things the Goddess has called me to do.

One dark day in 2002, George W. Bush stood before this nation and uttered the words “pre-emptive strike.” I remember feeling as if someone had struck me in the face. I could not believe my country, MY beautiful freedom loving country would involve itself in such a despicable act.

I realized that slap in the face was from the Goddess, and I pledged that day, to use the remainder of my life to work to empower women and promote peace.

In the months that followed men, women and children from every continent united in calling for “No War on Iraq”. On February 15, 2003 the media reported 15 million of us marched together worldwide, sure we could stop the murder of the people of Iraq, a people who had for years suffered not only under a brutal dictatorship, but brutal “sanctions” that had kept medicines and other essentials from them.

A month later, as my country started bombing Baghdad, as the media jubilantly flashed the phrase “Shock and Awe,” I lay on the floor of my bedroom, heartbroken, weeping.

I wept for the women I could see huddled in their homes, clutching their terrified screaming children, begging their God to rescue them. I wept for the people that all our efforts, and prayers had been unable to save. And as I lay there weeping, I called out, “Oh Mother, we failed”.

Softly She came to me, dried my tears and whispered, “Get up child, there’s work to do.”

I joined a women’s group called CodePink, “women for peace and social justice,” a group that had formed by standing vigil outside the White House months before the war started. Among those original, brave women were Starhawk, Medea Benjamin, and Jodie Evans, a fifth generation Nevadan and long time friend of Genevieve Vaughn, our temple’s founder.

I did not know it at the time, but have since been told Jodie Evans got the inspiration for that first vigil right here, at the Temple of Goddess Spirituality.

For several years, I coordinated CodePink actions in San Diego. We worked with and supported the other peace and social justice groups in that city, and they with us.

One day while standing on the corner of Park and President’s Way with a dozen other women holding our “Women for Peace sign” a man came up to speak to me.

“Tell me,” he said, “Do you ever fight with your family?”

“Of course,” I answered.

“Well,” he smirked, “If you, as a peace activist, fight with your own family, how do you expect the world not to fight?”

“The difference is,” I replied, “when I fight with my family, I do not pull out a gun and shoot them.”

Many people think “peace” means a lack of “passion.” They think peace means walking around silently with your head bowed, and your hands together. It does not. It does mean, I believe, a lack of violent response.

Spend a little time with me or any other peace activist, and you will see what passionate people we are. We burn with passion. We can get loud, excited, yes even angry, but we’re not going to shoot you if you don’t agree with us.

We can get frustrated that you don’t know or care that depleted uranium is sickening not only the people whose land we pollute with it, but our own military that drive the tanks and drop the bombs it is used in, but we will never bomb you.

We can get so upset we cry that you don’t care what’s happening to the innocent civilians, the mothers, children, men and babies in other countries, but we will never invade your home.

Peace is about passion. It is about caring as much for the health and safety of future generations as we care about our own.

Peace, to me, is what the Goddess calls each of us to “intend.” If we eat it, drink it, breathe it, see it, project it, hear it, feel it, give it, make it the first word out of our mouths each morning, and the last one each night, we can re-balance our nation and our planet.

If we educate ourselves as to what our employees, our public servants (otherwise known as elected officials), are doing with our tax dollars, if we demand they do the job we elect them to do, if we always vote and get involved ourselves in the political process, we can re-balance our nation and our planet.

It amazes me that women ever got the vote. It horrifies me that we do not use this awesome power every possible way we can!

A few years ago, I attended a talk on matriarchy, given by a Lakota man, Russell Means. He stood before the group, mostly women, a tall, strong man, and pleaded, “Women! Take back your power! It is the only thing that will save us.”

As a crone, a peace activist, a mother, a devotee of the Divine Feminine, I echo that plea: “Women! Take back your power! It is the only thing that will save us.” 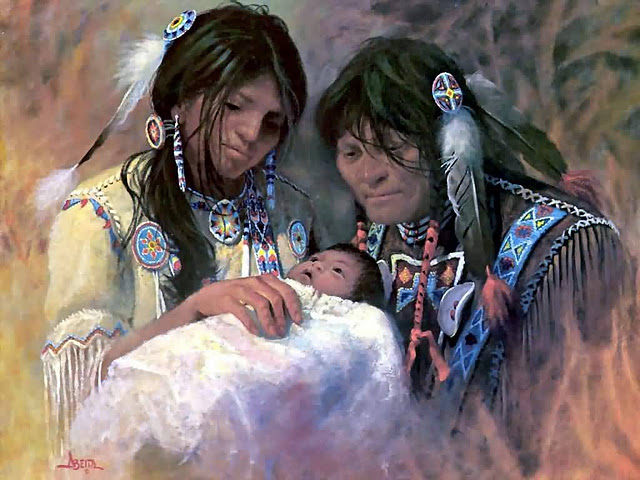