SOME THOUGHTS ON THE REIKI SYMBOL CHO-KU- REI (Part Two) 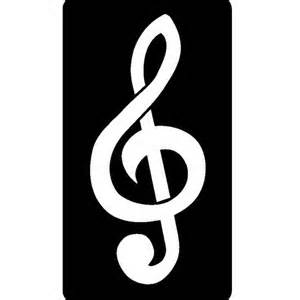 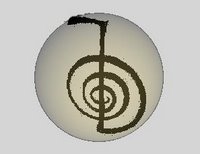 I wanted to draw some attention to the similarity here of the Cho Ku Rei to the Treble Clef. In musical notation, the treble clef is used to denote the portions of the music which are higher in pitch, this is usually where things like melody and counterpoint happen. I believe that symbols are a universal kind of thing, and being drawn as they are from the collective unconscious, one may be used to draw inferences about the other. Here, the similarities, and differences, say a lot to me.

The treble clef has a position in the collective unconscious that crosses all language barriers, it is the most commonly used symbol to associate with the topic of 'music' in general. There are several other 'clefs' used in notation, which I'll get to in a later post, but for some reason the treble has become the most prominent.

I feel that this is because it describes what we do when we produce music, and what music actualli is, in the Universal sense. Note that the spiral twists in the opposite direction around the Axis Mundi. Also, instead of the 'Tiller' or 'Handle' at the top of the Cho Ku Rei, the spiral is joined to it.

I've previously linked the centre of the spiral to our own position in the Universe, and strangely enough, this is exactly what the centre of the spiral achieves in the Treble Clef. It is positioned over the line of the stave which represents the note 'G'. a very specific frequency of sound. I believe the spiral curling in the opposite direction implies that the flow of energy is also opposite. As the Cho Ku Ray invites the Universe to reach down towards us, so does the Treble Clef ask that we may extend our consciousness upwards and outwards.

The spiral meets the top of the Axis Mundi, allowing the energy to flow down towards the lower dimensions, eventually ending there. It may look like a dot or a blob, but I know from my own experience that when you're drawing the treble clef on the Stave, the action is one of drawing a spiral. A never-ending spiral, if it were possible to continue that motion down through ever-decreasing circles.

Also note that the Axis Mundi of the Treble Clef is canted to one side; this refers to the 'wobble' which can be seen in the earth's rotational axis, which causes the precession of the equinoxes. In Cho Ku Rei, the Axis Mundi is straight, providing a clear channel from Unity downwards and also placing the focus of that energy on the user and the recipient, at the centre. In the Treble Clef, the Axis Mundi is Invoked in a way which includes its natural movement, the rocking from one side to the other around the centre. This is because with the Teble Clef, a 'clear channel' is not the goal.

A perfectly clear channel from Unity to us or vice versa requires that the Axis Mundi be in a very stable, vertical state, and for the purposes of music this would restrict the flow of information.

All of the mystical traditions that I've ever come across hold that music is an expression of Divinity, that the higher dimensions and their energies can be seen as being 'musical' in nature. The phrase 'The Music of the Spheres' does not exist for no reason.

How many master musicians, from Bach to Mozart to Beethoven, must have drawn out their Stave, added that Teble Clef, and then stared at it for some time, searching within themselves for the inspiration to pen another masterpiece. This is essentially meditation, and is little different to what we do when we meditate using the Cho Ku Rei, or a Mandala, or a Rune, or any other device. Also, look at the absolutely exponential growth that has happened to music since the invention of the Treble Clef.

Plainsong was the most common form of music which required notation prior to the invention of 'modern' notation, and its system was unwieldy at best. Gregorian chanting evolved from this sort of music, and while it can be incredibly beautiful and moving, it is restrictive in exactly the same way I referred to above. Because those composers were seeking to express their religious connection through music, they were unconsciously seeking as direct a connection as possible to Unity-consciousness. Therefore, they invoke the straight, static Axis Mundi, and produce music which may be wonderful but has only so much pottential variables. Quick Tip: Try meditating on Cho Ku Rei while listening to plainsong or Gregorian chanting. The original kind, not the modern stuff with drum beats and synthesizers in the background. I haven't tried it myself as the idea only just occurred to me, but I would bet the farm that it magnifies your experience greatly. 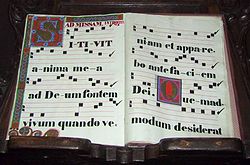 To return to the point, once the Treble Clef came into play, replacing the above notational system, there was an absolute explosion of musical talent. It is during this period that we were blessed with such greats as Purcell, Handell, Bach, Tellemanne and Scarlatti, to name but a few. And music continued to explode outwards into our world, the process continuing to this day.

Many scholars have noted the remarkable similarities between complex musical structures and mathematical equations, which leads me to wonder at the fact that the explosion in technology and science appears to directly parallel the one in music. I hesitate to attribute all of this to the Treble Clef, of course, but I just wanted to draw attention to the fact that even seemingly innocuous symbols can be very powerful things, and the language of Symbology appears to be Universal. Just something to think about, dear friends :)