Releasing The Depression Dimension By Natalie Glasson & The Elemental Kingdom 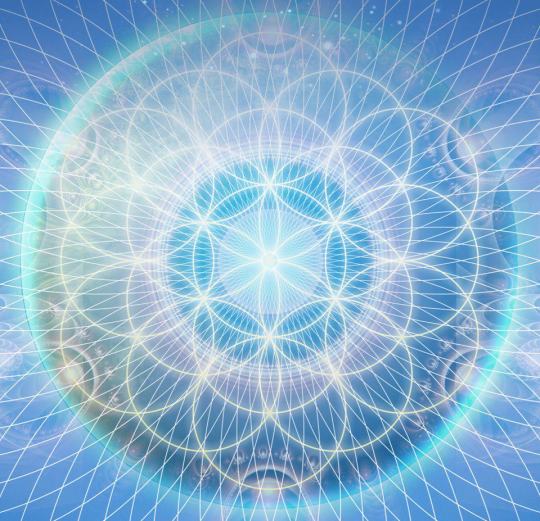 Releasing The Depression Dimension By Natalie Glasson & The Elemental Kingdom

We deliver specific vibrations and light frequencies from the Creator to the Earth in order to create the beauty, growth, vigour, life and continuous cycle of the Earth. We offer healing, wisdom, our love, and inspiration, as well as reactivations of how to manifest and create with the seed energies of the Creator.

We, the Elemental Kingdom, wish to support Mother Earth and humanity in their multidimensional Ascension Shift which is taking place now upon the Earth. We recognise a great surge of energy being released and leaving Mother Earth at this time, and we are assisting this powerful cleansing process of stagnant energy which has been long embedded in the Earth. Fear, anxiety, control, illusion, mistrust, and misused power is being released from the Earth as humanity recognises these energies within them.

Humanity is the key in this current ascension shift; you are the key to creating the transformation all wish to experience. Often without realising humanity is embodying the energies required to be released, consciously recognising, healing and liberating the stagnant energies in order to create transformation for all. We, the Elementals are assisting and overseeing this process.

It was begun by those who originally walked the Earth and experienced the pain of separation with the Creator. Each time someone on the Earth experiences or reactivates their wounds of separation with the Creator, this empowers and emphasises the foundation of depression. It means that there is a dimension within the Earth’s energy field that you can become connected to and even lost within, thus experiencing an all-consuming depression.

Any being who has ever experienced separation with Creator, self or another, misery, sadness, loneliness, despair, hopelessness, grief, sorrow and suffering has added to and supported the manifestation of the layer or dimension of depression within Mother Earth.

Mother Earth has been somewhat safeguarding humanity from this dimension although every person is aware of its presence within their being. Energies cannot exist upon the Earth if they first do not exist within humanity. The energies within each person on the Earth are projected outwards creating the reality all perceive.

As we the Elemental Kingdom direct your attention to where the next phase and shift of healing and release are required, we invite you to access space within you which is free from judgment, guilt or blame. Everything we, the Elemental Kingdom describe to you, had to manifest as a result of a lack of conscious connection with the Creator. It is as if these energies have been stored within Mother Earth’s energy field so they can be accessed by humanity and yet can be contained so as to not cause too much damage.

Humanity is now ready to recognise and release the Dimension of Depression held within Mother Earth, thus liberating Mother Earth’s vibration and creating a very powerful ascension deliverance for humanity.

How will the Release of the Depression Dimension Serve the Earth?

Even if only a small volume of the Depression Dimension is released will free humanity from negative energies, thoughts, feelings, and even illness, and disease. And humanity will experience their love body with greater strength, will feel empowered and enthused to create and express the presence of the Creator through their being and support a deeper sense of unity with all.

A powerful shift will occur especially when humanity releases feelings and the reality of being limited, constrained, and restricted, thus fulfilment would be freely accessed and embodied.

Peace within and upon the Earth would unfold as each person cleanses their mental body and thoughts, connecting with loving positive thoughts without effort or even struggle. With the wounds of separation healed and released so each person will be able to connect with their purpose, blueprint and divine plan, gaining clarity and simplicity regarding their existence and ascension on the Earth.

Harmony and joy would become the frequency of the Earth and humanity. Most of all a release of harming or wounding oneself or another being would be released, creating the Earth as a network of support and love. This is the dawning of the New Earth Ascension Reality.

Releasing and Healing the Depression Dimension

We, the Elemental Kingdom, wish to support you in embodying a powerful and specific role in releasing and transforming the Depression Dimension within Mother Earth’s energy field. With your acceptance and agreement, we wish for you to enter into your being and heart chakra gaining a meditative state.

‘I call upon the Elemental Kingdom to surround and support me in the healing and transformation of depression stagnant within Mother Earth and my own being.

I call upon Archangel Raphael and the Healing Angels to surround and support me in the healing and transformation of depression stagnant within Mother Earth and my own being.

I call upon Mother Earth to witness and support me in the healing and transformation of depression stagnant within the Earth and my own being.

Collectively we create a source and vibration of the highest frequency of love to begin to penetrate the Dimension of Depression within Mother Earth’s energy field. Collectively humanity takes responsibility for the creation of this energy layer and together in unison with the light beings of the inner planes and elementals we begin to harmoniously release the Dimension of Depression. ‘

Imagine the most powerful love from your being and all present, including all of humanity, flowing into Mother Earth and her energy field. The love is absorbing all aspects of the Depression Dimension as if clearing smoke away to leave space for love to reside and anchor. Focus upon this for as long as feels appropriate or until you notice a shift in the Dimension of Depression.

Now turn your attention into your being once more.

‘As I fill my entire being with love, I invite the Elemental Kingdom, Archangel Raphael, the Healing Angels, and Mother Earth to empower the love drawing it deep into my being, into all the areas where any form of depression may reside active or stagnant within my being. As love penetrates all aspects of my being so all forms of depression are released, transformed and healed.

May Mother Earth and humanity vibrate in harmony with love, releasing depression of all forms at an appropriate speed to serve all. Thank you and so it is.’

Please repeat this process many times until you notice a greater volume and vibration of love within your being and recognise an absence of any form of depression energies within your being. This is a world service which supports the current multidimensional ascension shift taking place on the Earth.

With love, support, and encouragement,

To watch the video of Natalie's message, or get a free audio download of her message, click on this link: https://omna.org/releasing-the-depression-dimension-by-the-elementa...

Infinite Blessings of God's Love, Enlightenment, Peace, Healing, Joy, & Abundance with the Highest Divine Energies that are Divinely Perfect for Each of You, 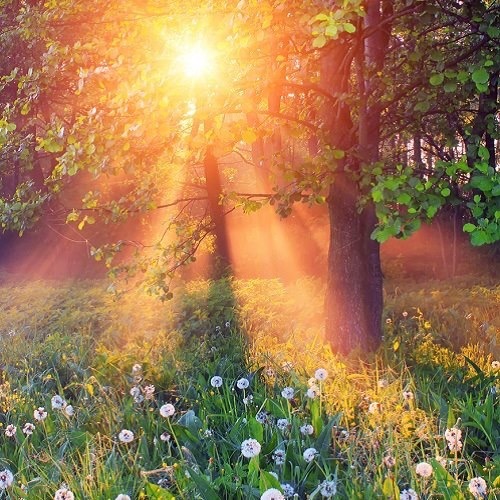 You are most welcome Ishema, and thanks so much for sharing the beautiful photo in your reply. Lots of Divine Love & Enlightenment Blessings, Steve 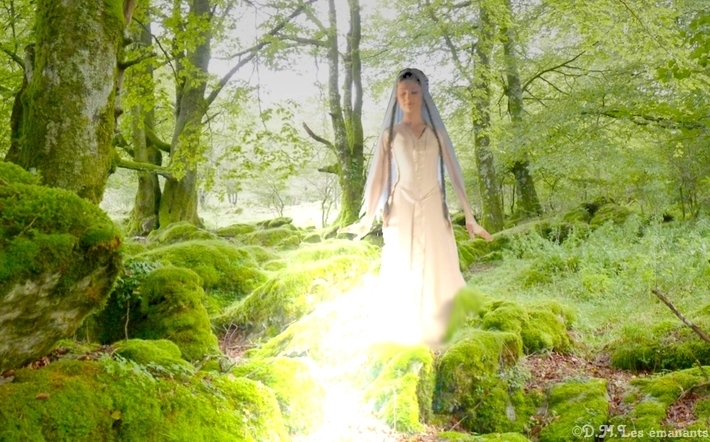 Thank you for sharing this powerful message with us, Steve! Yes, the Elemantal Kingdom stands side by side with humanity awakening to our true Divine DESTINY! I have been and will continue to work in the way described. 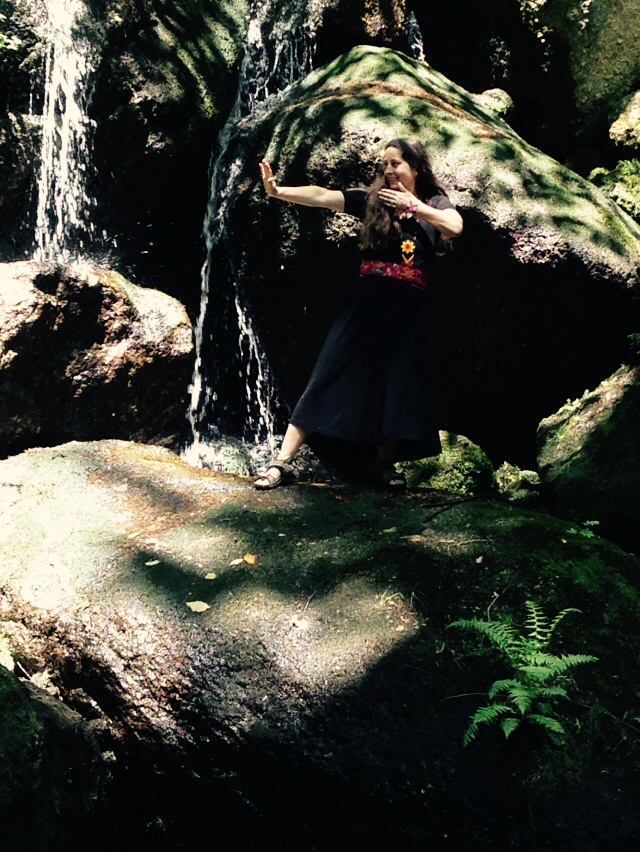 Energies cannot exist upon the Earth if they first do not exist within humanity. The energies within each person on the Earth are projected outwards creating the reality all perceive. 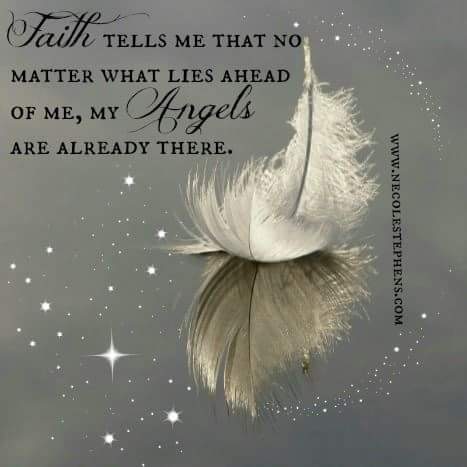 Thank you so much for sharing your Love & Wisdom with your replies Sonja. I love that 1st photo you shared. Is that you in the picture?