A LUNAR ECLIPSE in the GOLDEN LIGHT FREQUENCY of Christ Light Consciousness!

In a few hours from now some of us will have the chance to witness a lunar eclipse - and all of us are invited to ANCHOR the GOLDEN LIGHT of CHRIST CONSCIOUSNESS and UNITY further on the planet!

As we move into the Christed Timelines we become more and more aware and conscious of the INTERCONNECTEDNESS of ALL that IS - and we know that by LIVING the PEACE we long for to see in the world we are actively aiding the process of PEACE MAKING all around the globe.

Lunar Eclipses are never easy on us. This one is extremely powerful and many of us feel this as raised anxiety, fear, eagerness to act, anger, rage or even wrath. Please know that you have the possibility to TRANSMUTE THESE ENERGIES FOR ALL of humanity! We are entering new territory - and our bodies are reacting - even though our minds have not yet realized what's going on.

So I ask you once again, as for every Eclipse and Equinox, to set up your grids and CONNECT AS ONE!

Thus, we call on the VIOLET LIGHT of TRANSMUTATION together for the first half hour, until the FULL ECLIPSE begins. In this way we help de-escalate all potentially violent situations around the globe, purifying and cleansing the lower astral realms - past, present and future.

With the beginning of the FULL ECLIPSE we then connect to the Crystalline White ASCENSION Light which we anchored in 2011 and 2012 and which you can imagine as a NET OF CRYSTALLINE WHITE LIGHT running beneath our feet, connecting us to each other and to all the Sacred Sites and Powernodes on Earth through the CRYSTAL HEART of Mother Earth. This is the POWER GRID of CHANGE! The Crystalline White CREATRIX. Envision now NEW EARTH as the reality we have already entered - PEACE all around the planet, ABUNDANCE for ALL, a HEALTHY environment, crystal clear lakes, seas, and rivers, fresh air, and people who live a compassionate, empathetic life, dedicated to RAISE our vibration as ONE! As ONE with ALL that is - as one with our brothers and sisters, human, animal, plant, mineral, extraterrestrial and of pure energy!

When you have thus entered NEW EARTH, you will have melted into the GOLDEN LIGHT of UNITY Consciousness - and through remaining in this frequency you are ANCHORING the CHRISTED TIMELINES on our Planet more and more.

GOLDEN LIGHT is now all around us and our goals are no longer separated from each other, but begin to align and combine forces. We are LINKING UP our visions and ideas so that after this meditation we will be GUIDED to encounter exactly who and what is needed to bring our visions of a better world into fruition!

THIS IS THE BEGINNING!

At the end of our meditation we GIVE THANKS to Mother Earth and all the Beings of LOVE and LIGHT who are working together NOW to make this dream of an ASCENDED EARTH and HUMANITY come true!

I see you all, united as ONE, exactly where you ARE - weaving the most beautiful and astounding NET OF LIGHT all around the globe ... Beyond everything that I could ever breviously envision ... NOW it is going to become REAL! And this POWER BALL of LIGHT, called EARTH is made of LIVING CRYSTALLINE ENERGY ... everything INTERCONNECTED ... and thus I see ... a STAR being born ...! A Crystalline Being - US as ONE!

May the light of CHRIST shining from my heart

stand guard over my thoughts and guide my speech and actions into ways of service.

May the Light of Christ shine from my heart

To heal the sick in mind and body;

To comfort the bereaved;

To sustain the weary.

May the Light of Christ illumine my understanding

and the understanding of all men.

Bringing true vision and awareness of the eternal life,

and of the CHRIST within all mankind 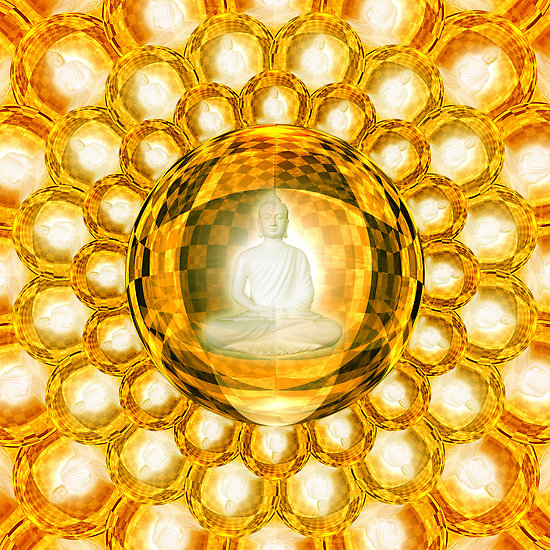 THANK YOU so much, dearest siSTAR!

CAME OUT AND BLESSED THE EARTH WITH THE GOLDEN CHRIST LIGHT

THANK YOU FOR YOUR BEAUTIFUL WORDS DEAR HEART These images are gorgeous!

Today's connexion at the Eclipse was a most powerful experience! I was in contact with all of you - our lightgrid members - and we were weaving a glorious NEt of LIGHT around the entire planet - and it reflected to the SUN and the MOON, creating what I would call a RAINBOW Bridge between them ... and I realized that it was an alignment between EMOTIONS (Moon) and MIND (Sun - SPIRIT!) and the BODY (Earth) inbetween ... maybe this is why so many are going through some kind of initiation / dark night right now - because the body / physical is squeezed inbetween mind an emtoions - SPIRIT and LOVE!

Quite some pressuer which is being exerted on us ;-)

PS: Pictures from my grids will follow - but at the moment my mobile needs some recharging before I can take pictures - LOL!

JOYOUS VIGILANCE:- The next principle in properly integrating one’s feeling nature is the issue of joy. Self-mastery, self-discipline, focused concentration, perseverance, and vigilance are all essential qualities and traits of a God Realized…

INTEGRATE FEELING AND EMOTION:- Part of properly integrating one’s feeling and emotional nature is to integrate actualize, and realize one’s Goddess nature. This applies equally to men as it does to women. This means honoring and sanctifying the…

FIRST ADVENT SUNDAY:- On the occasion of First Sunday of Advent, I wish you a heart full of joy and a life blessed with peace…. Wishing you a wonderful festive season with your loved ones. And Wishing you new hopes, new dreams, new opportunities…