hello my friends not sure how long my power will last i am in new jersey and the wind i pounding us right now. well love and light and stay safe my friends. 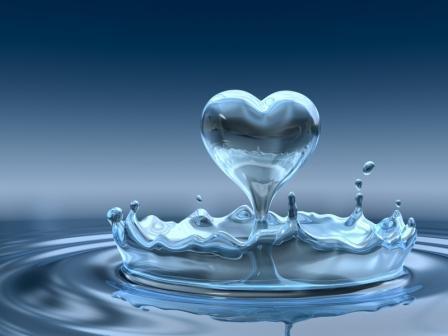 :)) Same here in Virginia my Light Brother. Ken this might put more a litteral meaning in three days of darkness (LOL) Sandy is singing her song. The temperature is dropping and the Wind is Howling. The Circle Song is being composed.  :))

Experience the HEALING ACTIVATION that HUNDREDS of people all over the world received through Brenda and the 7 Grandmothers.
http://InstantTeleseminar.com/?eventid=23871675

You can also find her on  FBhttp://InstantTeleseminar.com/?eventid=23871675

We are with you all and sending healing to Mother Earth, White Eagle is there, I can see Him.

I'm sending love and light...  holding the intention that everyone is in the exact place they need to be at the exact time for the greatest and most high good of all.  Angels be with everyone in the storm.  Calm the fear and bring light into the situation.  Thank you it is done!

May I join these Prayers and send True Love to All as the Oneness mebracing this duality transmuting into Peace, Harmony and Happiness for All. So Be It!

thankyou for posting this.

My dearest wonderful friends,just look,WHAT we doing!!! Many of my members from Pennsylvania already came back on line,and report,that yes,it was like a "war zone",but FAR LESS,than it has been predicted...Huge trees are down,short power blackouts,but not everywhere,and many people were able to go to work today...There are days of stormy weather ahead,of course,and here is one of updates:

Forecasters say Sandy is no longer a hurricane but is still a dangerous system taking dead aim at New Jersey and Delaware.

The National Hurricane Center said Monday evening that Sandy is a post-tropical storm and losing strength but still has sustained winds at 85 mph. The eye has almost made landfall.

Gaining speed and power through the day, the storm knocked out electricity to more than 1.5 million people and figured to upend life for tens of millions more. It clobbered the boarded-up big cities of the Northeast corridor, from Washington and Baltimore to Philadelphia, New York and Boston, with stinging rain and gusts of more than 85 mph.
Flooding will be a huge threat, with many areas potentially seeing rainfall amounts between 5 and 8 inches over a 48-hour period.

The full moon will make storm surges worse, as high tides along the Eastern Seaboard will rise about 20 percent higher than normal.

Correspondent Chip Reid reports from Ocean City, Md., that sea levels could rise 8 feet above normal - enough to flood much of the city.
The tempest could endanger up to 50 million people for days. "This is the worst-case scenario," said Louis Uccellini, environmental prediction chief for the National Oceanic and Atmospheric Administration.

From Washington to Boston, big cities and small towns were buttoned up against the onslaught of Sandy, with forecasters warning that the New York area could get the worst of it -- an 11-foot wall of water.

There's a lot of people that are going to be under the impacts of this," Federal Emergency Management Administrator Craig Fugate said on "CBS This Morning" Monday.

"You know, we've got blizzard warnings as far west as West Virginia, Appalachian Mountains, but I think the biggest concern right now are the people in the evacuation areas. They're going to face the most immediate threats with the storm surge."

"The biggest challenge is going to be not knowing exactly where the heaviest-hit areas are going to be," said Fugate, "and the fact the storm's going to take several days to move through the area with heavy rain and wind, so that's going to slow down recovery activities like utility crews getting out and putting power back up."

It will take days of this unbelievable our cooperation with Mother Nature powers,-which I am so proud to be a humblest part of,- but there are real results: Sandy lessens her catastrophic for United States impact...

Get this Graphic on yTagi!

Permalink Reply by Myriel RAouine on October 30, 2012 at 8:48pm
Thanks for the update, Galina!

So it shall BE!

INDOMITABLE FORCE|- Individuality is a drop in the infinite ocean of God’s Being. It is a point of perspective taken out of the Whole and then placed in bas-relief against the background of the Whole. Individuality was separation for a purpose;…

INDIVIDUALIZATION OF THE GOD