Known as the Mother of Mercy in the East, Kuan Yin has been worshipped by Buddhists for thousands of years. She is the greatest of bodhisattvas and embodies the totality of compassion for humanity. 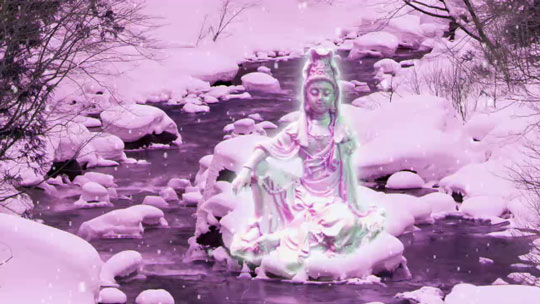 Her shortened Chinese name,  Kuan Yin, means “Hearer of Sounds.” Her full name, Kuan Shih Yin,  means “Hearer of the World’s Sounds.” According to Eastern tradition, when Kuan Yin was about to enter heaven, as she stood on the very threshold, she could hear the cries of humanity. She did not enter but returned to help all who suffer in the earth plane. The term “Hearer of Sounds" can also be translated as “perceiver” or “regarder” of the world’s sounds. She is known in much of Asia as a divine emanation that answers the prayers of those who faithfully call upon her name.

She removes obstacles, erases past offenses, dispenses mercy, healing and spiritual graces, while always meeting the true inner needs of the soul.

One of her many titles is Bodhisattva of Compassion. Bodhisattva is a Sanskrit word—bodhi meaning "enlightenment"  and sattva translated as"reality" or "existence." A bodhisattva is an enlightened being who has vowed to forgo higher realms and full liberation in order to assist those still struggling in the physical world. A bodhisattva cultivates virtue and pursues his/her spiritual career while on a path of self-sacrifice for the welfare of others and gives compassionate, loving service to humanity and to all sentient life. A bodhisattva (P’u Sa in Chinese) can be a person still in embodiment or a celestial being like Kuan Yin. At this highest transcendent level, the title ismahasattva. 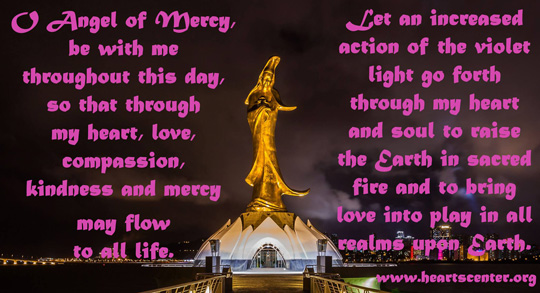 Kuan Yin is a cross-cultural, nondenominational figure revered by many spiritual and religious traditions around the world. She serves the aspirants of all spiritual heritages and paths.Those who espouse a concept of an impersonal, formless divinity see her as an expression of the essence of compassion, or as a symbol of it. Others who acknowledge a personal Godhead view her as a divine embodiment of this virtue. Some view her as both the impersonal and personal manifestations of divine compassion, with no contradiction. She nurtures the growth of this quality in us through our devotions and our interpersonal relationships with others. 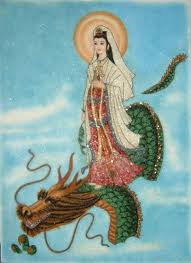 This is beautiful, andI have a personal love and devotion to this Diety, as I have met her presence many years ago and she comes through when I give healings, at certain times, one time I gave a Lavender flame attunement, and her presence filled the session, often leaving a fragrance around myself and my client, another time when I gave a reiki attunement as I placed symbols and love into a student's heart centre, there she sat inside this ladies' heart sitting within the lotus this was how I come to know of her, and I love her very much and often call to her.

I Love Kuan Yin thank you for your blessings and thank you from our hearts for all of humanity.

I am Jan marie 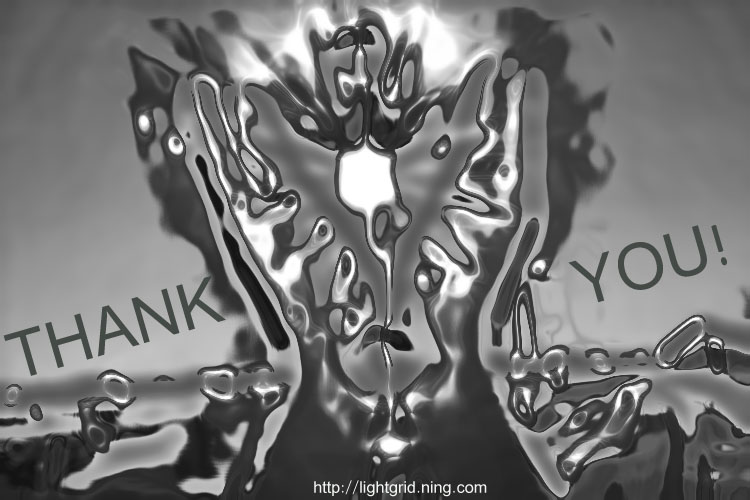