Chohans Of The Seven Rays.....Very Essential To Know In Esoteric Group Of Masters. 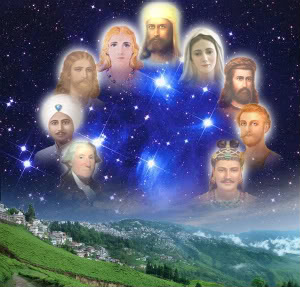 The term chohan in Sanskrit means “Lord of the dharma,” which is the sacred labor. Chohans are ascended masters who look after the activities of mankind under a particular ray, color and vibration of God. Each serves in an etheric retreat and administers one or more gifts of the Holy Spirit to mankind. We come to know much about their flame and service as we study their incarnations on earth and the footprints they have left for us to follow.

The master El Morya, affectionately known to his students as “Bapu,” is the chohan of the first ray of God's will, which is blue in color and vibration. His etheric retreat is over Darjeeling.

Morya trains chelas in anchoring the will of God from his retreat in Darjeeling. Darjeeling is like spiritual boot camp, and until you graduate from the disciplines of that retreat, you cannot be taken on by another chohan or sponsoring master. Morya explains that the will of God is like the spiritual skin that we wear. Without developing the blue lining of the power of goodwill, we cannot make progress on the spiritual path. Nevertheless, behind El Morya's strict discipline shines a twinkle of mirth and the great, great love for all of God's children and their opportunity fulfilled.

Lord Lanto is the chohan of the second ray of God's wisdom and illumination, which is yellow in color and vibration. Lord Lanto is dedicated to the Christ illumination of all mankind, and especially to the youth. His retreat is at the Grand Teton, where tens of thousands of souls attend classes to accelerate their consciousness for as incoming golden age of Aquarius. In the Royal Teton Retreat, Lord Lanto amplifies the flame of precipitation that is gold tinged with green and has contributed to the can-do spirit, technological advances and abundant life of the American people.

Lanto has worked tirelessly to help Saint Germain disseminate the teachings of the ascended masters. He also placed a transcendent golden flame of illumination over many of the colleges and the universities of the world, to quicken students to a higher wisdom.

Paul the Venetian is the chohan of the third ray of God's love and creativity, which is pink in color and vibration. He administers the gift of the Holy Spirit that is the discerning of spirits. His retreat is the Chateau de la Liberte in Southern France and he maintains a focus of the liberty flame within the forcefield of the Washington Monument.

Paul the Venetian serves to bring forth the beauty of ascended master culture into human realms. His maxim is “Perfect love casteth out fear.” He sponsors artists who strive to bring forth beauty through their art and teaches students of the light how to paint a spiritualized self-portrait when they attend his etheric retreat. Paul the Venetian is a great teacher of love, generosity, tenderness, gentleness and compassion toward all life. He helps us to expand the fires of the heart.

Serapis Bey, known as the great disciplinarian, is the chohan of the fourth ray of God's purity, discipline and ascension fire, which is white in color and vibration. The white fire is the light of God as Mother and the spiritual impetus behind architecture and mathematics. Serapis Bey trains candidates for the ascension.His retreat is the etheric counterpart of the Temple of Luxor, in Egypt.

After his ascension, Serapis was attributed with many healings and miracles. To the Greeks and the Egyptians, he became the greatest of all deities and the hierophant of the Egyptian rites of initiation that were later passed down through Freemasonry. As an ascended master, Serapis teaches us how to raise the white light of the Mother within our temples and sacred centers. He explains that we ascend daily as we qualify our thoughts, feelings and actions with the right motive and vibration. Serapis exacts great discipline from his initiates. He has legions of Seraphim at his command and encourages us to meditate on the seraphim to anchor the pure white brilliance of their auras into our own.

Hilarion is the chohan of the fifth ray of God's truth, science, abundance, healing and apostleship, which is green in color and vibration. He administers the gift of the Holy Spirit of healing. His retreat is over the island of Crete where he and the Brotherhood of Truth work with doctors, scientists, researchers and lightbearers who have become ensnared by the false doctrines of atheism, agnosticism and skepticism.

The ascended master Hilarion works with seekers of truth and all who are called to become apostles of Christ.

Nada is the chohan of the sixth ray of God's peace, ministration and service. She administers the gifts of the Holy Spirit that are the speaking in tongues and the interpretation of tongues. She has a retreat over the Arabian Desert and another retreat over New Bedford, Massachusetts, an etheric replica of the Temple of Love on Atlantis where she once served.

As an ascended master, Nada helps those in professions that serve others, including public servants, counselors at law, missionaries, ministers, teachers, healers and psychologists. She teaches us how to balance and expand God's threefold flame within our hearts, so we can better keep the flame for others. Nada explains that it is not our training and position that ultimately counts, but rather the measure by which we love.

Saint Germain is the hierarch of the Aquarian Age and the chohan of the seventh ray of God's forgiveness, freedom, transmutation, diplomacy and ritual, which is violet in color and vibration. Saint Germain administers the gift of prophecy and his symbol is the Maltese Cross. He has two retreats, the Cave of Symbols in Wyoming and the Rakoczy Mansion in Transylvania.

Saint Germain has pledged to work one-on-one with every lightbearer who makes the determination to keep the flame of life on earth, in memory and in the footsteps of the original keepers of the flame who came to earth with Sanat Kumara. On May 1, 1954, Saint Germain received the scepter of power from Sanat Kumara and the crown of authority from Jesus to direct the consciousness of mankind for the next two thousand years as hierarch of the Aquarian Age. Saint Germain is determined to see to it that the Age of Aquarius will become a golden age and he encourages his chelas around the world to generously invoke the violet flame for the saving of a planet and a people.

The Maha Chohan is the representative of the Holy Spirit for earth. He is also the chohan of the eighth ray, which integrates all of the seven rays into the white light. His name means “great lord.” The Maha Chohan bears the golden pink flame of God's comfort. His retreat is over the island of Sri Lanka, where he directs the activities of the seven chohans of the rays, who serve under him.

The Maha Chohan and his pink-flame angels bring comfort to all life. They work closely with the forces of nature down to the level of the atom. They also infuse every molecule of oxygen with the sacred fire of the Holy Spirit. The Maha Chohan is present at the birth of every child to ignite the threefold flame when that child takes its first breath. He is also present at the close of every life when a person takes their last breath at the moment of transition, and the flame of life is withdrawn. You can consciously invoke his presence by inviting him into your temple: “Come Holy Spirit, enlighten me. Come Holy Spirit, enter my heart." 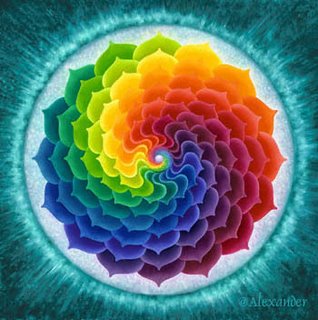 What a wonderful summary, dear SohiniBen! Thank you so much for posting this information here, so we can look it up whenever needed!
NAMASTE, dear sister of Love,