With THANKS to El* and MOSangels! 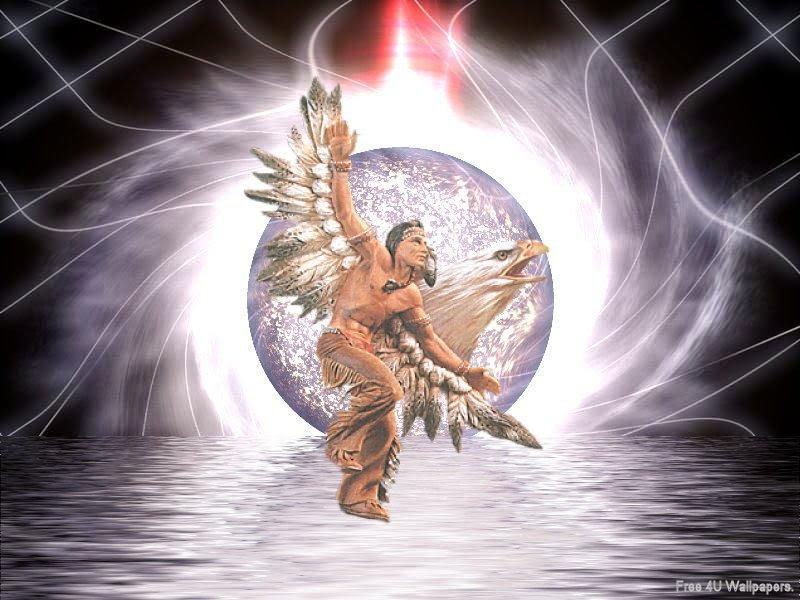 Native American full moon names (below listed) were established by eastern and northern tribes such as the Algonquin & the Iroquois Confederacy.

These remarkable people assigned attributes to each of the full moons according to the seasonal characteristics. The symbolic Native American full moon names are as follows:


* January
Wolf Moon: The full moon in January. Said to be called the Wolf Moon because the wolves are out in the bright light this time of year - anxious and hot on the the trail for a feast to slake their hunger in the lean winter month. Also see my blogpost on January Wolf moon symbolism.
* February
Snow Moon: The full moon of February. At this time the northeastern regions can give up their most heaviest of snow falls. This full moon is also called the hunger or hungry moon because the grips of winter can make it another lean month for the belly of both man and beast. See also February Meaning & Symbolism
* March
Magpie Moon: Or Crow Moon. The Native American full moon names for March are largely based on these being considered the last full moons of winter; the crow caws its farewell to the season. Also known as the Worm Moon because they start to surface at this time, also signaling retreat of winter and the marching in of springtime. Also see my page on March Meaning & Symbolism
* April
Egg Moon: The full moon of April. Also known as the pink moon. Both names indicate the sprouting of seed and the explosion of bright beauty found in the phlox (pink) and other flowers rising for the spring debut.
* May
Flower Moon: Full moon name of May. Quite simply, May brings bright brushes to paint the earth canvas with infinite flowers. In the full moon light of this month, the flowers are said to grow at night, and even dance in honor of the moon.
* June
Strawberry Moon: The Native American full moon names for June is also easy to understand. June is the picking time for strawberries, when their at their ripest and fullest. Picking by moonlight is said to honor the crops, and insure bigger bounty next picking season.
* July
Thunder Moon: Full moon of July. For these tribes, it was observed that this month is notorious for big booms of thunder and storms. Thus, the symbolic full moon name of "thunder moon." Also referred to as Buck moon because deer begin forming their antlers at this time of year.
* August
Red Moon: The full moon name for August. Those lazy days of summer when the moon is watched in its fullness and widens herself to the admiring sun. This is the month when summer kisses the moon most tender and we most often see a blush-colored or reddish hued moon. To the tribes of the Great Lakes it is a Sturgeon moon because this is when they are caught most.
* September
Harvest Moon: The Native American full moon name of September is the famous "harvest moon." It represents the most adventageous time-frame in which we can pick (harvest) crops from the garden. The Native Americans knew this - they knew they would have almost a half hour more time to harvest their bounty beneath the helpful luminosity of the moon.
* October
Hunters Moon: The full moon of October. This is another symbolic moon name that's obvious. This time represents the onset of prime hunting season. Heavy foliage is drifting away as quick as the season, and deer are a bit buggy this time of year. That means their easy to see clearly and easily downed for the First People's purposes.
* November
Beaver Moon: The full moon name for November. As we've seen in the prior months, each symbolic name references a point within the epitome of the month. Beavers are coming into their fullness in November. So much so that the Natives knew to set traps early in the month because the beaver would be in her glory.
* December
Cold Moon: The symbolic full moon name for December. Also known as the "Long Night Moon." Coming full circle, we find ourselves again in the frigid realm of winter. This is the month when some of the coldest and the longest nights live. Hence the Native American full moon names for this full moon of December.

Consider the month in which you were born, and liken it to the Native American full moon names available here. Perhaps you can resonate with some of the symbolic meanings our Native lineage identified with. We can use these symbolic monthly-markers as a method of self-exploration, growth and grounding.

Take the time to step into the sacredness each month provides in the glory of her own fullest moon. Better yet, take a few moments to honor the full moon as she reveals herself each month. In doing this, we gain expanded awareness - widening our psychic view to a broader setting.

The moon holds great mysteries in her silvery depths. Our Native American kin understood this and most if not all tribes had their own set of fulll moon names (this is just one tribal version). I encourage you to continue your ruminations

IN THE NAME OF THE LIVING GOD

MIRACULOUS ENERGY:- If you would have the benefit of this miraculous energy, if you would be visited by the genie of the lamp of freedom, the Master Saint Germain himself, you have but to make the call. For the fiat of Almighty God has gone…

THE FULLNESS OF YOUR INDIVIDUAL GOD SELF-AWARENESS

THE FULLNESS OF YOUR INDIVIDUAL GOD SELF-AWARENESS:- You who are living in the advancing decades of the century are the beneficiaries of this legacy of Saint Germain bought with a price – the overwhelming love of the Master Saint Germain, whose…

ENLIGHTENMENT OF THE CHRIST MIND AND CHRIST FLAME

ENLIGHTENMENT OF THE CHRIST MIND AND CHRIST FLAME:- The dispensation could never have been granted for students to invoke this flame outside the retreats of the Great White Brotherhood had it not been for the fact that Saint Germain offered upon…

SACRED FIRE:- The violet flame was reserved for the privileged few up until the time when Saint Germain came before the Lords of karma with the proposal to make the knowledge and use of the violet flame available to all mankind. He boldly stated…