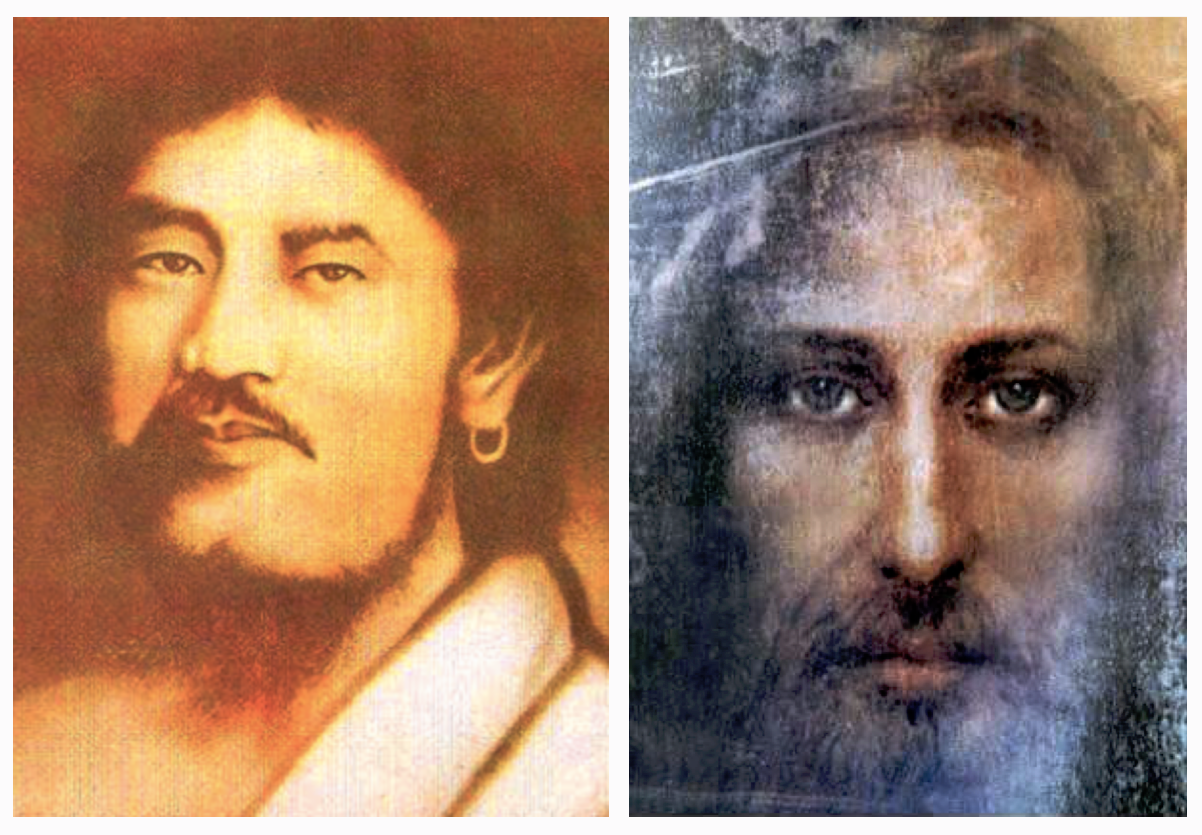 A Thanksgiving Message from Maitreya through Elizabeth Trutwin

Greetings Earth Humanity. This is Maitreya. I am transmitting this message to Elizabeth Trutwin, November 22, 2018. Let’s begin this message remembering your Divine Nature. On the quantum level inside your body there is a microcosmic orbit. Ascending your front up from your perineum, that spot of soft skin between your sex organ and anus, circulating up to the tip of your tongue and ascending up your back from your perineum through the back of your head over your crown energy center into your third eye energy center between the brows and finally into the top of the soft palette in the mouth. That is the microcosmic orbit which connects you to the Holy Breath from your Mother, my consort. This is the breath which connects you to immortality. All you need for your life can be obtained by connecting with this love force circulating this Divine force through your cells and subatomic spaces.

Now I would like to remind you of a story you may or may not remember. Earth history and the changes that are being moved into place now have never before happened in this Universe. The story begins endless aeons ago and was told in the The Ethiopic Book of Enoch. Enoch was the great-grandfather of Noah. Enoch was reporting from Ethiopia, on Earth. Emmanuel, a name which denotes an immortal angel from Universe On, was also known as Jesus, a name applied after his death. Emmanuel was born in a cave in Ethiopia. He was born near another cave which held the Ark of the Covenant of God. Emmanuel came to Earth to restore the technology from Heaven which would bring eternal peace to Earth. The Prince of Peace. The New Jerusalem is the City of Peace.

That lifetime ended in failure of a magnitude never known. Those in Heaven have never seen a more sorrowful time. Emmanuel’s disciples turned him over to the Jews to be assassinated. That postponed the Jubilee over 2000 years. The Jubilee was revealed to Moses from God and is a Hebrew text explaining how there will be a transformation of nature, such as removing nuclear waste infecting Planet Earth and also an ethical transformation of Earth Humanity bringing Heaven to Earth and forming a new Earth. New Space Law will connect science and religion and integrate them. The Unified Field is the Way to God and is the most important idea for Earth civilization. Earth has 44 years to reform. It is a period of Grace. Enoch’s Epistle describes the Space Epic, the Epic from the Ethers, The Ethiopic Book of Enoch, Space Law from Heaven. Ethiopia, the place from which all things are born.

YHWH is the name for Yahweh, pronounced YAHvah, returned to love as the first born son of Maitreya and Mother. During Enoch’s time, YHWH told Archangel Michael: “Peace and truth will be united, for all the days of eternity, and for all the generations of eternity.” He said this in reference to the Fallen Angels and the Grand Experiment at Earth. The Fallen Angels had blended their immortal DNA with the DNA of Human Women and created a race of Giants called the Nephilum. It is an abomination to blend DNA from different races. It began a part of history on Earth where the defilement caused millions of years of war, endless suffering of birth and death, debauchery of all sorts and religions used to manipulate a race of slaves.

Enoch wrote about how there would be a day of Consumption when the Spirits who began the blending of the DNA were removed from Earth a final time. This took place as prophesy said, November 16, 2018 when 300 million Spirits were removed. Every soul who incarnates into a body on Earth has a soul signature. Everything a soul has done since it’s creation is stored on Space memory. The Spirit is the immortal part of our existence which is ever unchanging, that spark that is God. Our soul is the part which enlivens the body while it is incarnated. During Enoch’s time he explained how Father God declared when this deed of mixing DNA happened he would have those souls living on Earth and recording their deeds and well into the future when the sons of these Fallen Angels had killed each other in endless war, he would then restore Earth. 300 million Spirits were removed from this Universe, off Earth and were uncreated removing their record of deeds from Earth history as if it never happened. Those who remain have a Grace period to transcend if they are interested in continuing at Earth.

Reviewing Earth’s history we can see there was a cataclysm which wiped out the advanced Earth civilizations using the Ark of the Covenant of God technology and living an elevated and peaceful life on Earth. When that happened the technology was lost and the knowledge was forgotten. Earth went through a long period where it had to re-experience and relearn all that was lost.

It was about 12,800 years ago when Earth was hit by an asteroid called Apophis across most of North America which caused a flood. Noah, Enoch’s great-grandson fashioned an amphibious StarShip where vials of DNA were protected carrying the 200,000 species of insects, animals, fish, birds and plants which would be used when the waters receded to restore Earth. Before the cataclysm there were advanced civilizations on Earth at both Lemuria and Atlantis. This asteroid hitting Earth happened and caused a cataclysm which made a flood over the Earth. It lasted a whole year before the waters began to recede. At the same time this happened nuclear war was taking place on another Planet in our Solar System. That Planet went Super Nova and became what we call the Asteroid Belt between Mars and Jupiter. Apophis Asteroid came from that Planet exploding.

Noah’s StarCraft took the Chosen people who had clean Spirits for a period of waiting for the flood to recede, into Inner Earth by traveling in through the South Pole. They lived at Inner Earth that year and when it was safe to go back to the dry land on the surface to rebuild Earth, Noah and his family left. Some of the people he had taken there decided to stay at Inner Earth where they built a civilization and remained developing themselves as Buddhas.
Enoch explained that these people who are Buddhas and disciples of me, Maitreya and Shākyamuni Buddha, also known as Mida, remained at Inner Earth and often the Holy men and women of surface Earth went for meetings and stayed in contact with the Inner Earth Buddhas. At one of the meetings Extraterrestrial Brothers and Sisters visited for a large gathering at Earth and asked if they could help restore Earth. Shākyamuni Buddha revealed the forgotten Inner Earth Buddhas then and said, no, only these One’s holding the Earth knowledge can Judge the Fallen Angels and decide which Spirits will leave on Judgment Day.

That severe punishment was necessary to cure Earth of the evil that was wrought upon her. Many souls agreed to incarnate and help Earth get through this moment of healing. That has come to pass. We are in the Event now. It is unfolding on every level. In Noah’s time the geomagnetic poles of Earth reversed. Earth’s Inner Earth area became cold and the cataclysm almost destroyed Earth. We are now in the hold of another geomagnetic pole reversal. Extraterrestrial technology is being used from different points on surface Earth to restore the heat to Earth’s core of the Inner Sun called Terra. The plasma field which drives Spaceship Earth through the axis of rotation of the Milky Way Galaxy. We must join as nodes on Earth to anchor peace as the changes continue.

Father God is come to Earth to stay. Maitreya and Mother will live together on Earth to install Space Law, a new teaching which has never been known in this Universe before. Earth is the heart of this Universe. The advanced technologies and advanced teachings will be revealed and made known to all. Science and religion will be integrated and transcended. Peace and Truth will be the Law of the Land. Every soul on Earth now who applies the teachings will find salvation, ascend and continue as transcended immortal souls. YHWH said then to Archangel Michael: “I will open the Storehouses of Blessing, which are in Heaven, so that I may send them down upon the Earth, upon the work, and upon the toil, of the sons of men. 11.2 Peace and truth will be united, for all the days of eternity, and for all the generations of eternity.” The Days of Glory are near. Telepathic Transmission from Maitreya through Elizabeth Trutwin © All Rights Reserved. http://CosmicAscension.com

Time for Meditation has gone but the Information is very essential to know by all..