A CLARION CALL FROM ON HIGH

I am glad that humanity has risen to the occasion and the magical moment has not passed us by. We will not let this cosmic moment pass us either.

"The Company of Heaven said that if we had attempted to assimilate this frequency of Light even as recently as four years ago, it would have been like trying to move through a lightning bolt and we would not have survived. That will give you an inkling of the monumental acceleration Humanity and Mother Earth have been experiencing at an atomic cellular level since the Birth of the New Earth."

"There is a Universal expression that states “COSMIC MOMENTS COME AND COSMIC MOMENTS GO!” If Humanity does not take advantage of the Cosmic Moment, it passes us by and does not fulfill its Divine Potential of moving the Sons and Daughters of God and the Earth forward in the Light. The Beings of Light said sometimes it is hundreds of years before that Cosmic Moment presents itself again to the evolutions of Earth." 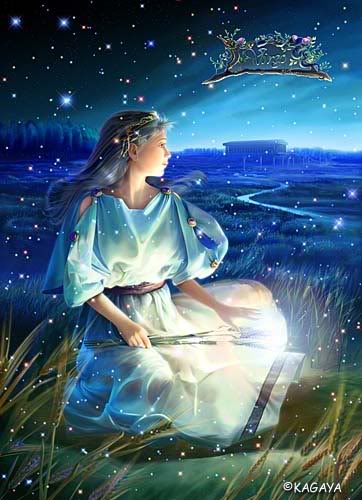 A very powerful and encouraging message realizing that  very high levels of cosmic  energy will continue to uplift humanity to a higher level of vibration.

Nice posts, Myriel & Patricia! Thanks for sharing & keep it up!

Let Me correct you: Earth is not Legion, Earth is guided by My Angel Ariel!

PERFORM YOUR SPIRITUAL MISSION AND WALK THE EARTH

PERFORM YOUR SPIRITUAL MISSION AND WALK THE EARTH:- Each person must balance and integrate the Physical Body. Eat right, exercise, get proper sleep and rest, fresh air, a little sunshine and so on. It’s much easier to stay focused and keep…

ESSENTIAL PRINCIPLE OF BALANCING THE FOUR BODIES:- The integration of emotions and feelings manifest as unconditional love, joy, happiness, bliss, compassion. Spiritual passion and enthusiasm, to name just a few. We also need to integrate our…

BALANCING AND INTEGRATING YOUR FOUR-BODY SYSTEM

BALANCING AND INTEGRATING YOUR FOUR-BODY SYSTEM:- Often we tend to overidentify with one or the other. Some people feel life as their main function, others think about life and are less concerned with their feelings. Still others are so involved…

Divine Decrees for Gaia and Humanity By Steven Hutchinson

EVERYONE HAS FOUR DISTINCT ENERGY

EVERYONE HAS FOUR DISTINCT ENERGY:- Everyone has four distinct energy bodies, each with a different and unique perspective a Physical Body, an Physical Body, an Emotional Body, a Mental Body and a Spiritual Body (which consists of many bodies, in…