Anrita Melchizedek is founder of The Melchizedek and Pleiadian Light Network, an ascension network of Light offering numerous programs of Light - and in 2011 she worked closely together with the Children of the Sun, guiding us all!

Anrita Melchizedek is founder of The Melchizedek and Pleiadian Light Network, an ascension network of Light offering numerous programs of Light in the form of ebooks, Mp3's, CD's and audio DVD's, as well as vibrational energy products.

In her personal capacity, Anrita is an author, channel, star ambassador and workshop facilitator. She further has the gift of healing, and focuses this energy through the ascension workshops and lectures that she facilitates primarily on a global level. Anrita is a master teacher and also offers many training programs via tele/webinar as well as individual consultations, including DNA activations, Light Body/Merkaba activations and channeled readings by the Elders, ancient, celestial Beings and High Council Members to the Order of Melchizedek. Anrita's teaching style is uplifting and inspirational, and above all, offers keys to Self Mastery. For Anrita's You Tube Channel, please view

Anrita Melchizedek arrived on January 24, 1969 in Belfast, Northern Ireland at 2:40 PM (Cancer rising, Aries Moon!). In 1972, her family immigrated to South Africa, where Anrita was to live for 23 years. In August 1996, Anrita returned to the United Kingdom, where she remained for six years, before returning to South Africa in October 2002. The six years that Anrita spent in the United Kingdom were focused primarily on working with the Company of Heaven through the co-creation of two programs as well as awakening to the Light of who she is, and the Light of all Creation.

As a child Anrita had an eclectic upbringing, and experienced teachings from Judaism and Christianity, as well as attending an eastern school of Philosophy based on Hindu belief systems for over ten years. She was to meditate and chant Sanskrit from an early age, and was also able to communicate with the Angelic realms. She had two Angel friends, both little boys, one with a dove on his shoulder, who were her constant companions for just over two years. She further communicated with Nature Spirit Intelligence, seeing fairies, as well as communicating with animals. Through this plane of dualities Anrita chose a multicolored weaving in preparation for her Light Work. Anrita was ready to commence her healing journey from her mid-twenties, communicating again with the Company of Heaven; first with the Angelic realms and Archangel Michael, and later, with the Pleiadian Emissaries of Light and the Sirian Archangelic League of the Light, and following this, a host of Ascended Masters, Christed E.T’s and the Order of Melchizedek.

Anrita worked in advertising for five years as an Account Manager and Strategic Planner in both Johannesburg and London, and holds a four-year related business and marketing qualification. She left the mainstream business arena in 1997, and in 1998, co-created a workbook with the Pleiadian Emissaries of Light and the Brotherhood of the Light called The Pleiadian Light Body DNA Activation Program. Since May 1, 2001, Anrita has been Overlighted by the energy of the Mahatma, the Cosmic Avatar of Synthesis, and this incredible Cosmic Being of Light  provided much of the information for The Melchizedek Ambassadors Training Program (The MAT Program)along with the Order of Melchizedek. Since then, Anrita has produced several  more programs and eBooks.

11:11 Gateway of Unity Consciousness with Patricia Cota-Robles, Aeoliah, Adi and Anrita Melchizedek “We are being told by…Continue

The Empowered Master & The 10/10 Gateway Of New Beginnings By Anrita Melchizedek Beloved hearts, through this powerful…Continue

Healing Invocation By Anrita MelchizedekAll my cells and organs function perfectly.Each cell in my body is an expression of…Continue

The 8-8 Lion's Gateway & The Heart Of Divine Love, Compassion, & Peace By Anrita Melchizedek

Just Being By Anrita Melchizedek

h Just Being By Anrita Melchizedek I am a vibrating stargate of Divine Love.Through the radiance of my own Soul Light,I live in this Now Moment,In Timelessness,In Non-Attachment,observing through the Witnessing Presence of my Beloved I Am,the Tender…Continue

Deepening Into My Divine Service And Love By Anrita Melchizedek

Deepening Into My Divine Service And Love ByAnrita MelchizedekAs a sacred transfiguring Flame of Divine Love,I am ready to…Continue

You need to be a member of Melchizedek & Pleiadian Light Network to add comments! 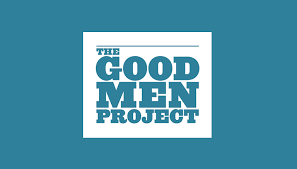 Comment by Steve Hutchinson, Admin. on April 3, 2020 at 10:23pm
By Anrita Melchizedek Music by Frits Evelein WE ARE TRANSFORMING at an accelerated rate in this Now moment, bringing up all that needs to shift personally and on a planetary level, triggered through the coronavirus, as we release the old and bring in the new. In the midst of the next level of Cosmic Consciousness awareness and expansion, we hear the calling as the I AM Avatar Race, as the awakening and awakened Souls upon this sacred earth.
We step forward to deepen our mission as we energetically reset the timelines of highest potential for Mother Earth and all her Life.
The focus of this next shift of Cosmic Christ Consciousness occurs primarily on April 4th and April 5th through the “444” Cosmic Stargate with Jupiter conjuct Pluto at 24 degrees Capricorn. This alignment occurs at 10:45 pm ET and assists in resetting the focus for all Life upon this sacred earth as we deepen into the Patterns of Perfection and bring an end to the coronavirus.
As we come together as One Heart and One Love, we experience the Diamond Light codes spiraling forth from the Cosmic Heart of Mother/Father God, through the Central Sun, through the Galactic Center and through and into this Solar System and onto this sacred earth, amplified through the Legions of Light from On High and our Beloved I Am Presence.
Infinite Blessings with the Highest Divine Energies of God's Love, Enlightenment, Peace, Healing, Joy, & Abundance that are Divinely Perfect for Each of You, Steven Hutchinson ...

In this beautiful transmission, the 12 Star Councils come together as we receive the photon-gamma Light particles traveling at the speed of Light from and through the Galactic Center, to activate our Christed ET DNA Templates.

Infinite Blessings with the Highest Energies of God's Love, Enlightenment, Peace, Joy, Abundance, Healing, & Forgiveness that are Divinely Perfect for All of You,
Steven Hutchinson

Infinite Blessings with Divine Energies of Love, Light, Peace, Joy, & Abundance to All of You, Steven Hutchinson​ 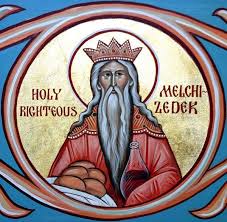 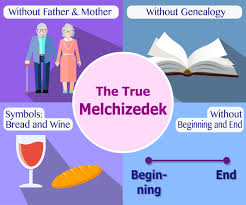 Channelled during our Star-seed Activation Retreat: the Pleiadian Goddess, Satya, takes us on a wonder-ful journey to the Temples of Alorah - usually considered to have existed in Atlantis, but which Satya now reveals were initiated in Lemuria.

In the transmission, which begins half-way through, the New Earth teachings on the changing relationship between men and women on our planet are so beautiful.

And the 'sisterhood' teachings were - for me personally, and for the precious group of women who came on retreat with me - so moving and powerful. Love and thank you thank you dear Satya and the Pleiadian Councils of Light!

Infinite Blessings of Divine Love, Light, Peace, Happiness, & Abundance to All of You, Steve

WINNERS ARE THOSE WHO HAVE THE WILL TO WIN

VICTORY IS A MAGNETIC MOMENTUM

VICTORY IS A MAGNETIC MOMENTUM:- Victory is a light, a being, a consciousness, Victory is a flame whereby the collective will to failure focused in the subconscious of the race as a negative spiral of defeatism is inverted, overcome, and…

KEEPING YOUR PROMISE TO THE HOSTS OF THE LORD

KEEPING YOUR PROMISE TO THE HOSTS OF THE LORD:- Only those who sustain momentum of service and keep the flame of their hour will remain a part of this chain of oneness. Those who fall in their commitment will find that by cosmic law the angelic…