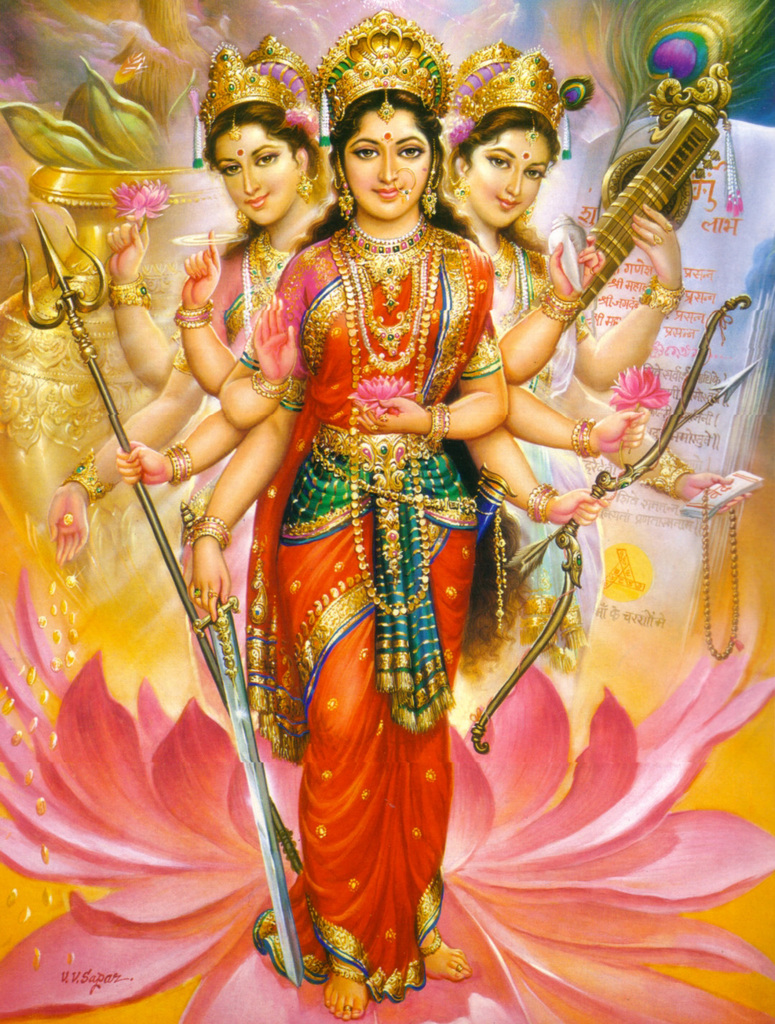 Chamunda- The Slayer of Passion and Anger, Moves in the head

Yai- The Granter of Boons

Vic- In the body of knowledge; in the perception

The people worshiping ‘Shakti’ or mother Goddess called their worshipping school as ‘Shaktism’. Eventhough ‘Shakti’ or ‘Devi’ does not come under ‘the holy trinity’, along with ‘Shaivism’ and ‘Vaishnavism’, ‘Shaktism’ is an important primary school in Hinduism.

If one wants to know what ‘Shaktism’ is, the understanding of the ‘Chandi mantra’ itself is self sufficient.

The ‘Shaktism’ concept focuses on worshipping the divine mother as, ‘tridevi’ namely, Saraswathi, Lakshmi, and Kali performing all the trinity works of Creation, Preservation and Destruction respectively.

‘Shaktism’ actually resembles ‘Saivism’, but however, the worshippers of ‘Shakti’ regard the feminine form of God as the supreme form or the ‘Supreme Personality of Godhead’. They consider the worship of Shiva as just an auxiliary one and he is the masculine aspect of divinity. .

‘Shakti illaiyel Shivam Illai’- a tamil phrase meaning ‘Without Shakti there is no Shiva’.

Nonetheless, several highly popular goddess forms are known and worshiped throughout the Hindu world, and virtually every female deity in Hinduism is believed to be a manifestation of one or more of these "basic" forms. The best-known benevolent goddesses of popular Hinduism include:

It is also, only in Hinduism the Mother/ parent was considered to be holy and subject to worshipping. As per the Hindu Dharma, parents were the first and foremost Gods whom should be worshipped.

There are many contradictions taken into long argument in ‘Shaktism’ concept. The one main argument is the practice of ‘Sati’, named after the consort of Shiva. Sati (Parvathi) was once born as a human daughter to a king named Dakshan. When Sati turned to the marriage age, Shiva abducted her and married her. Although a devotee of Shiva, Dhakshan become furious on Shiva and decided to take vengeance on him.

Without obeying to Shiva’s words on not permitting Sati to the ‘Yagna’ she went out of Shiva’s abode to argue with her father and to get the rightful share to her husband. But there, Dakshan ill-treated her and Shiva saying, Shiva is a good for nothing person living in a funeral ground, wearing ashes on his body and dead skin around his body.

On hearing this in front of all the subjects of Dakshan’s court and all the Deva’s, sati felt very ashamed and decided to commit suicide on the very same spot. Please kindly note here that Sati is not committing suicide because of her own act but because she has lost her husband’s self respect in front of so many people and Devas. She did not want to live after she lost the self respect of her husband. In later years this was practised by strict orthodox family women to commit suicide after their husband’s death as they do not wish to live after him who was like a God to them.

In Indian culture the women consider their husbands as their God equally to Shiva himself!

But, in the parts of Rajasthan, Gujarat, the Hindu kingdoms often fought among themselves in order to gain power and women. If a king was defeated in the battle by his enemy, all his wives would commit sati in order to save themselves from their husband’s successors.

This practice in later years became a compulsion in those parts of India and now today’s Indian Government have banned the practice of sati considering it to be inhuman. But still today one could read news in India about a brave and beloved wife committing sati together with her husband in his funeral pyre. ...

I Am The Universal Mother because I Am Taking Care of my Universe as being Mahakali, Mahalaxmi & Mahasaraswati... 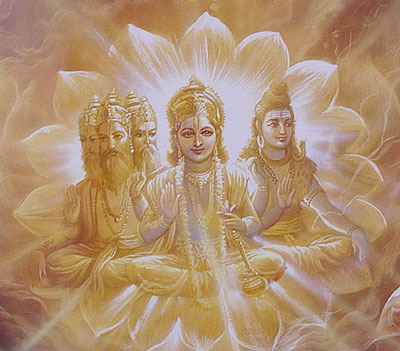