I just opened the following message from our Crystal and Stone Keeper in Australia, Kali - and I am blown away ... WE WILL GATHER IN CEREMONY all around the world on december 20th or 21st - when a seed crystal will be burried at ULURU, the HUB of the WORLD! MAY the DREAMS of mankind be released back to us ... I strongly feel that this event has a close connection to us entering the DREAM WORLD again ... united as ONE ... soon, so soon, we will be able to connect DIRECTLY through the dream world - as we did in the very beginning ...

Now, please, read what Kali has to say - and add your ideas and visions which come to your mind for this most SACRED event ...

I trust all is well in your world, it has been awhile since I connected here. Did you go to Mt Shasta 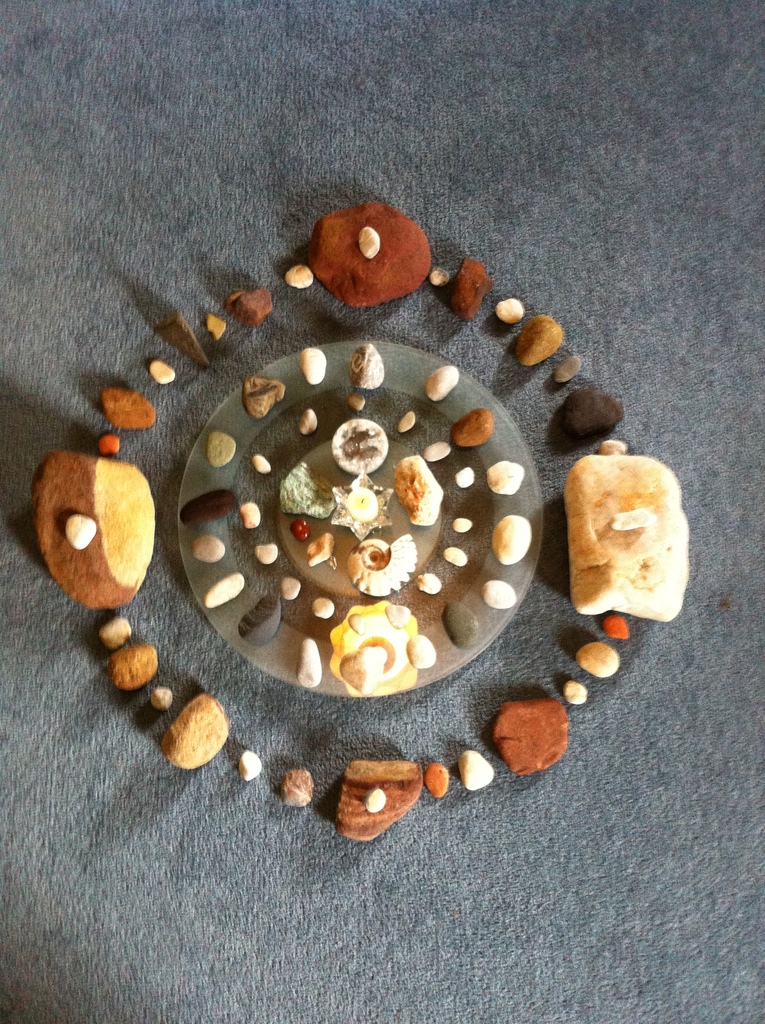 Photo: some of my crystals and the Waratah Bay and Minnamurra Rainforest Stones placed in the centre of my Meditation/Love Room. The golden energy around the lower steones was not physically present...it showed up in the photo.

Well so much has been happening around the initiation crystals and stones. I checked and didn't get to post the message about Waratah Bay and Uluru here on LightGrid...things unfolded quite differently than I had envisaged! Nicole and Rebecca didn't come to Waratah Bay..I ended up meeting up with my first two I AM Process clients from the mid 190o's!

I collected many stones and 'they were vibed under the Full Blue Moon of August 31st'. I sent them to Nicole and Rebecca and they have also gone to other Light Workers who asked.  All had very powerful, unusual experiences with these stones.

The original parcel has come full circle and I'm getting the remaining original stones and one seed crystal is to go to Uluru with a Light Worker {Naomi} I know from my local area. She got a message  to do ceremony at Uluru on Dec 20 & 21st and will take the remaining stones and seed crystal....unless I get other direction.

Another Light Worker/Weaver Aleeya took the Waratah Bay and Minnamurra Rainforest stones to Alice Springs [close to Uluru] where she is living, she has been listening and placing them in waterholes in the area. When we both placed three stones in a lagoon by the sea they formed a triangle as they sailed into the water. I then began to map where the stones have been placed and they form Light Triangles...we are weaving Golden Light Triangles.

Another Light Worker, Bev took two stones from Minnamurra Rainforest that said they wanted to go to Italy and she placed them in a sacred stream and brought a stone back from there. To complete this  triangle some stones would like to be placed in Argentina. Do we know anyone on LightGrid who lives there? Otherwise someone will turn up to take them!

Well Sonja, if we ever doubted we are all ONE the experience of the Initiation Stones and Crystals...I had believed I was to go to Uluru and my guidance is to be at my home where there is a Portal and do ceremony there.  I will be connecting in with Naomi at Uluru and with some other Light Weavers.  I have not needed to do anything but collect the stones from where I was asked to and to listen to who they needed to go to, and begin mapping where they are placed. I'd love to connect in with LightGrid at the Uluru ceremony, I will let you now when the time is confirmed.

Please do post this message if you get to...I do not know how to.

Sooo awsome!!! So we will have a Lightgrid Crystal Grid Ceremony on december 20th or 21st!!! WOW ... this surpasses all my dreams, dearest Kali!!!

I am so grateful for your BEING in Australia! Your openness to receive infromation and act accrodingly is astounding - and YES - it is what happens now ALL AROUND the world! Me, too - I have been placing stones and crystals at Sacred Sites and special places all around where I live by now - taking stones from here to there ... YES, we are WEAVING the GRID of Crystallline Consciousness to its perfection!

I have just finished reading Drunvalo Melchizedek's latest book - and found confirmation ALL ALONG the book ...

So I am very much looking forward to receiving the details of when the ceremony is finally to take place at Uluru - I feel that this will send energy thoughout LIGHTgrid - and thus trhoughout the whole world ... past present and future ... if you agree, we will get the message out onto other sites as well, so as many people as somehow possible can join in.

Lightgrid has five members from Argentina - let's see where they are meant to go!

Maybe you can send the stones which are meant for Argentina in time so we can all do ceremony together in december ... Oh, excitement and JOY are rising :-)))

it is really beautiful!

next time I will post a picture of my "fat boy".

The green tourmaline feels great, too ... I will place it on a necklace, soon, and wear continually.

And guess what? Yesterday I had the chance to buy 12 small crystal pyramids!!! snow obsidian - tiger eye - agate - and fluorite ... I placed them around CrySko ... what a powerful Ceremony we are preparing!!!

The Pleiades connect us ... and we are bringing this connection down to 3D earth now! The stones required will come to you - to us ... all who are ready to listen to our mineral brethren ... the mineral kingdom is the keeper of huge light reservoires ... this light will soon be set free - in addition, or triggered by the incoming light from the universe ... we are fine tuuning the grid now ... WOW :-)

THANKs to ALL here for participating in this world wide grid work to aid the plantary process of ascension,

The stones are on their way to you.

I am seeing Naomi about the details of the ceremony at Uluru on Sunday Australian time and will post the details or I can message you so you can add your guidance, let me know what is best.

I have been experiencing a refinement of energy since I sent these stones to all who asked.

See you in the ethers on 8th.

Here are my 3 small crystal skulls. 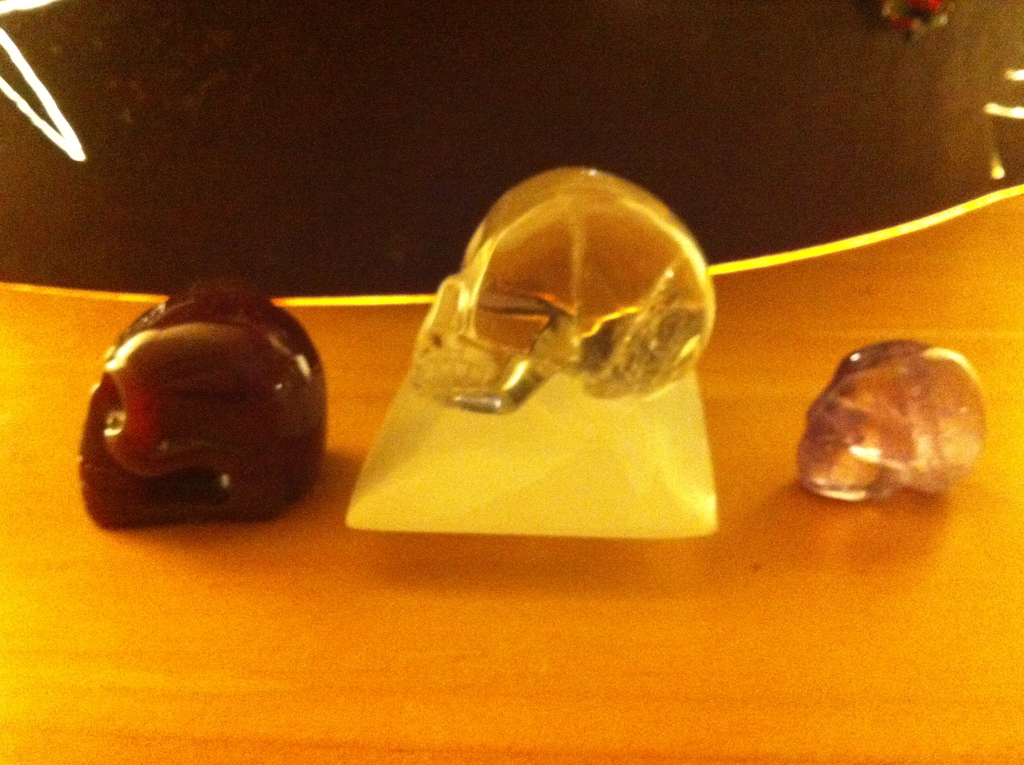 Thanks for being a part of this co-creation. I will send a friend request so you can send your address in a private message or you may post it here.

Simply ask the stones where they wish to be placed and listen through your inner guidance. 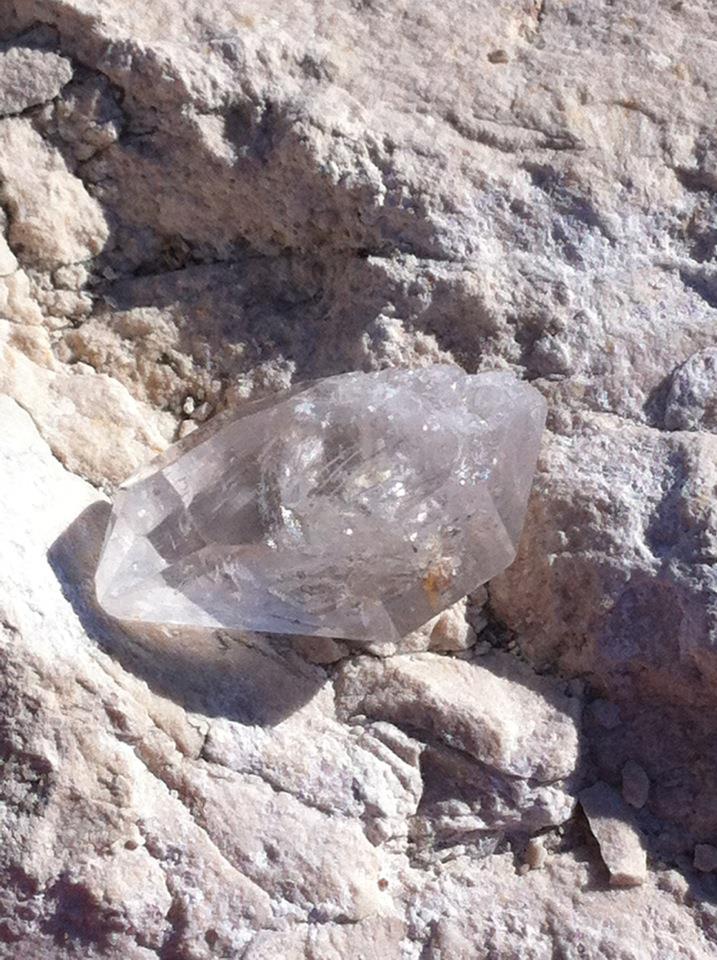 Thanks for showing up!

I have the stones ready to send to you all I need is your address which you can post here or send a private message [I will send a friend request so we can message privately] I'll also give you my email address so we can easily communicate quickly.

The stones know where they are to be placed so it is simply a matter of  listening however you access your guidance... I trust your Self knows.

Most of these stones are now dispersed around Gaia to be worked with before, on, or after December 21st.

The ones going to Uluru have been given to Naomi today [Sunday] and like the others, they very specifically asked to go to Uluru. Naomi is traveling to Uluru on December 17th.

We will connect with Naomi and many Light Workers across Gaia at both Sunset and Sunrise on 21st December. Both Naomi and I received a message that you can join in the ceremony at your time Sunrise and Sunset on the 21st. If anyone feels it is essential to connect at the same time I will give you Australian Sunrise and Sunset times at Uluru [this will be Dec 20th European Time] . The guidance is for everyone to tune into your own guidance to know where to be and what to do at those times. For anyone who requires more instructions please ask Sonja or myself.

Also if anyone who has not received a stone know you can connect anyhow, our bodies are the greatest connectors and our voices carry codes and frequencies along the light-sound-waves.

Much delight that we are co-creating with our star brothers and sisters to ground this Light on Gaia to re-awaken those who have forgotten their origins. Love is prevailing as each man, woman and child re-members in our everyday lives, the beauty and glory of who we are. All One.

Yes, please, it would be great to know the exact times of the sunset and sunrise at Uluru so each of us can follow their guidance :-)

Would you like to write the invitation for this Ceremony and send it to me and/ or post in our group "Lightgrid Messages" - so I can broadcast it to all our members, Kali? That would be fabulous :-)))

I'm so much looking forward to this now, especially after yesterday's Ceremony with the Elements,