Thanks for giving so much details... 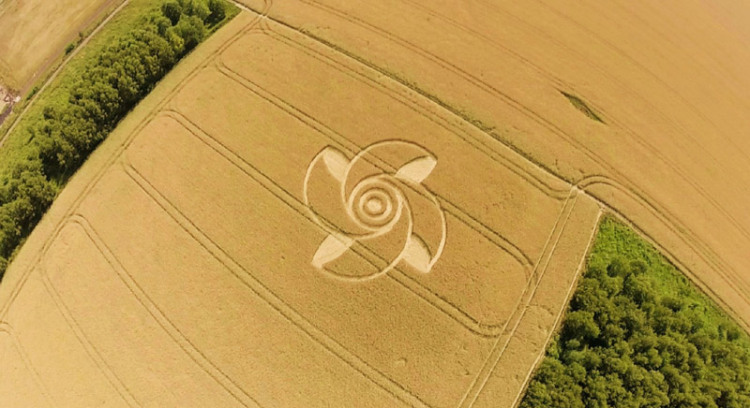 I find this way of decoding crop circles most interesting :-)

Thanks Myriel for sharing and keeping us aware.

This brilliant blog is excellent work of dedicated professionals, who decode ET messages so well for humanity.  God bless them with lots of Love and Light.

Yeah - although the question is: is it aliens who create the crop circles or Mother Earth Herself? A friend of mine claims that it is HER - and that the many false gods are extraterrestrial consciousness whose aim it is to enslave humanity ...

Our human intelligence won't be perfect to answer this.  This question, we will keep for our well wishers, Pleidians, Arch angels, ...

Well, now that I write this - the question might not be who creates crop circles, but rather what we make of them, lol!

I wish you a most blessed weekend, Hari - and thank you for commenting here so I could gain this insight NOW!

LIFE NEEDS TO BE HONORED IN A PART OF GOD

The ONE via Sophia Love

GOD LIVES IN ALL THINGS, EVEN INSECTS

GOD LIVES IN ALL THINGS, EVEN INSECTS:- Law of nonviolence. This law includes nonviolence not only on a physical level, but also on the Mental and Emotional Levels in terms of transmuting all violent thoughts and emotions. When they do come up,…

LANGUAGE OF LIGHT:- On a Spiritual level, we have multidimensional communication with GOD and the Cosmic Inner Plane Masters through the “Language of Light” which often manifests through the anchoring of Fire Letters, Key Codes, and Sacred…

OURSELVES THAT EXIST IN HIGHER DIMENSION OF GOD

OURSELVES THAT EXIST IN HIGHER DIMENSION OF GOD:- Our true identity is the Eternal Self, and given this fact, there are aspects of ourselves that exist in higher dimensions of God that are already functioning there which we may or may not be in…

IF WE ARE OPEN TO HEARING AND RECEIVING

IF WE ARE OPEN TO HEARING AND RECEIVING:- Now, at any given moment we are also receivi9ng communication from our inner child, various sub personalities, good and bad habits, or negative ego and its illusionary thought system, as well as the…