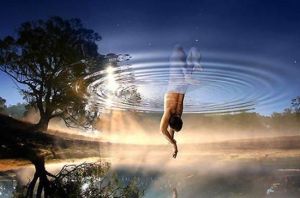 I seem to be experiencing a new paradigm of who I am and what I expect and do.

Or, maybe I’m just in a lull of activity, which after all the over-the-top activations, upgrades, and experiences, feels weird to me.

I do feel I need to write about it as other people may be experiencing the same thing and wondering what is going on.

If you read my previous posts, you’ll know that I have been guided to acknowledge and accept that the many guides I’ve been surrounded by in my meditations (and in life), are not external to me, but are part of me. What I am struggling with a little is the idea of being inside of me, makes that energy, essence, or wisdom feel hidden to me. In reality it’s not hidden, for I simply need to look ‘inside,’ but it’s not as obvious when I’m being a typical human. I also get tripped up when I limit my human self to my physical body and ‘think’ inside means inside my body. I know this isn’t truth, but whether through laziness or sleepiness, I still fall into that trap sometimes.

The reality is that I am as vast as the universe. Being the universe, of course all is within… This is a very different perspective when the physical body is not considered the limitation at play.

One of the changes I’ve experienced lately is guidance to cut my many aspects of self lose. I was intent on having a nice meditation, let whatever happen do so, and, again an absence of guides was my meditation reality. But, I had a long conversation with ‘One’ (or God if you prefer). One, said that it was time to let this go, and that each of my many aspects had roles to play in their own uniqueness of being, even though each aspect is part of me, and ultimately One with me.

I followed this guidance and released these aspects to do as they wished, whether that was to frolic in a given realm, or return to source, or whatever. It wasn’t super easy to do this, but I had already transitioned to these aspects being within, and not externalized, so even though I released these aspects, I know there is still this connection to me from a Oneness perspective. I also know that some are choosing to ‘hang out’ close to home and others are literally a thought ‘away.’ I did find myself asking about Luna as a possible exception to this guidance as I feel this Dragon aspect is a key part of my ascension process and part of being this Diamond Light Dragon I talk about a lot. That said, releasing Luna to do whatever doesn’t really have any impact on the process we are experiencing.

Overall, this guidance from One, felt like an important step, and a releasing of some ego as well. It has also meant that my meditations and quiet time have been less active and more quiet. I find myself just being, and not trying as much, which was the theme of a recent lesson as well.

I have had some interesting experiences even with all of these unexpected changes.

I got up in the middle of the night to use the bathroom, and sitting in the hallway was an all white lynx. Just sitting there looking at me. I said hello as I walked toward it, said excuse me as I went by, and proceeded to use the bathroom. On my way back to bed I said goodnight. I guess I like that it didn’t feel odd, strange, or weird, didn’t surprise, or startle me, and basically felt normal. My new normal I guess.

I have been stepping up my efforts to find a job (unemployed since April), and had laid down for a short nap. I was awakened from the nap by a recruiter calling about a job. As I was settling back in to fall back to sleep I heard a female voice say “He doesn’t need a job.” I’ve been having quite a few claireaudience experiences, and they are often like I’m eavesdropping on someone else’s conversation, but the timing and directness of this one got my attention. Throughout my unemployment I’ve repeated received the guidance that I wasn’t supposed to be working a ‘normal job.’ With the change to 2015 energies I KNOW that change is in the air, as well as big time prosperity. If this ends up requiring a normal job, then I have opened that door to allow it.

A friend of mine was having some severe health issues so I offered to help her with some remote healing/energy work. These sessions were really very intense and she greatly appreciated it. In exchange she gifted me a session with a local practitioner. This person operates out of his home and he is a retired physicist. He also happens to be very interested in spirituality, and is passionate about alternative technologies. He has traveled the globe learning about the electrical body, subtle bodies, and eastern medicine. He used a couple of different machines on me which read my electrical signals, energy patterns, and subconscious, then feeds back into my body signals that correct for, support, or reverse (as needed) patterns that are not in my best interest. It was fascinating to say the least and the computer was able to identify and acknowledge health, belief, and attitudinal issues that were pretty spot on, as well as identify herbs, flowers, gems, and other things that would benefit me. Lastly, this technology includes in it’s treatment, the energetic signature and essence of all these treatments as it functions, and ‘programs’ a homeopathic remedy (in a bottle) to take home with you. It also generated a detailed report showing blocks and issues that it identified and was addressing. I was very impressed with how this hardware and software seems capable of transcending what we as humans think is possible in technology. I also feel the inventor is clearly, not human… :)

Here’s a link to the Inergetix Energy Medicine site (the Core System is what I experienced).

Anyway, things are changing, and I’m doing my best to go with the flow.