You Are A Scepter Of God-Power

Experiment With All Seven Rays

Dear ones, I have given you an exercise which I would like to have you PRACTICE DAILY when you have an extra moment or two. Practice this and when you are alone, in the privacy of your own room, you may raise your hand to grasp this scepter and, if you will take a moment to feel it, you will be able to cognize the added power flowing out through your arms and your finger-tips as you hold it. When you are in public places (dining rooms or places of business, etc.) and a need arises for the use of this scepter of authority and power, of course you would not make any fanatical gestures, nor would you let anyone around you know you were mak-ing such a call. In such instance, you would silently make the call to your own I AM Presence and the Being whose ray you were using. Sometimes, you may see some response from the consciousness of certain individuals there who are receptive to the vibrations of the activities of one or more of the Seven Rays.
We know that not all of you will like to use the activities of all seven of the Rays. Perhaps you will choose to work along one ray alone, but I think it would be wise for you to expand your consciousness somewhat and experiment with the entire Seven Rays. You see, no one of you here, not even myself, knows just where you will be when the re-quirement for this assistance may come, nor what particular type of people or condition it will be your opportunity to serve. Some may need peace, as I have said, some protec-tion, some healing, etc. The various activities of the Seven Rays should become so very, very well anchored in your outer consciousness that you may be able to use them in-stantly, on demand!
This may seem like quite a prosaic exercise to you but it has been thought wise by the great Cosmic Law for me to give it to you for your use. Thank you for your loving interest and attention.
(Explanatory note: The top of the scepter is, of course, the glorious Three-fold Flame from the heart of your I AM Presence and it is surrounded by a large sphere of crystal-white light which is its own natural protective radiance. Then, flowing from it is the “staff” of the scepter, in whatever color (quality) you wish to use it. The lower Three-fold Flame from the heart of the unascended lifestream is in an upright position, surrounded by a sphere of the same crystal-white light (its natural protection). This sphere of light holds the lower Three-fold Flame attached to the “staff” of the scepter. Do you see?)

Sonja, Thank you so much for sharing this powerful visualization & meditation. When I visualize holding the scepter in meditation, I am instantly uplifted & filled with the power & love of my 'I Am Presence'... and then calling each Ray to the scepter in the exercise I found very healing & purifying & uplifting...and when I filled the scepter with the 6th Ray I felt the Christ Peace that goes beyond words to describe, then with the scepter I sent the 6th Ray throughout my city of Memphis, then to all members of Lightgrid,  to all Lighworkers everywhere, then throughout the world...then I did the same with the 7th Ray...Wow ! 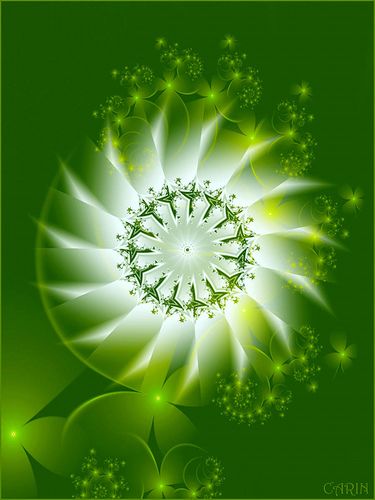 Yes, this is truly powerful! Thank you for your uplifting comment, Steve - LOVE eternal,

yes, I have my Scepter in my Heart and can radiate Love, & Light along with Healing Light to give Peace in the World....

All the Seven rays from our Aura are radiating in the Universe or where we want to send and we can transform whatever we need to....

This is a very strong Visualization & Meditation given from our loving Masters along with Scepter in our Heart...

The Silver cord above is connected with our heart too and our Three Fold Flame is going down to the center of Mother earth with the Help og Goddess Mother Gaia and the A. A. Sandalphon.... 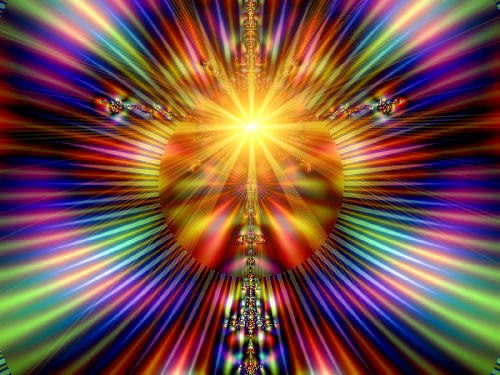 Becoming stronger day by day ... TOGETHER!

"While you are practicing this activity and building a mo-mentum of it in your own world, may I suggest that you concentrate upon one short command or decree at a time, thoroughly saturating your consciousness with that decree until it is really a part of you and can be drawn forth on de-mand almost automatically, as it were."

I have to keep my meditations,mantras, decrees, etc. short and repeat them often for better concentration. After learning and practicing for a while there comes a time when I can embody it and it becomes real to me.

Rainbow Warrior Goddesses of the LIGHT we ARE,